15 Celebrities Who Went on Extreme Diets for a Movie Role

Celebrities are no strangers to changing their looks for a role. And in some instances, they have to get pretty extreme. From 500-calorie-a-day diets to drinking pints of ice cream, these actors and actresses know what it takes to change their bodies in preparation for a new film.

Whether it was weight loss or weight gain, here are the celebrities who weren’t afraid to go to extremes. And don’t miss the one actor who had to gain a ton of weight in a short period of time to play a character (No. 9).

She won an Oscar for her portrayal of a troubled ballerina in Black Swan — and her dedication and extreme diet proved worth it in the end. E! News reports Natalie Portman practiced for up to 16 hours a day. As for her diet, she said she was barely eating — and there were reportedly some nights she thought she might die from being so thin.

Portman did her best to mimic the actual diet of a New York ballerina, which typically consisted of “a small salad for lunch, a small amount of nuts, fruit and nothing in the evening.”

Next: This actress did the complete opposite of Portman. Charlize Theron in the film Tully | Tully Movie via Instagram

She’s no stranger to gaining and losing weight for movie roles, as we remember her transformation in Monster. Entertainment Tonight reports Charlize Theron gained close to 50 pounds for her role as Marlo in Tully. Theron said that “for the first time in my life I was eating so much processed foods and I drank way too much sugar. … I remember having to set my alarm in the middle of the night in order to just maintain [the weight].”

Theron also said it was commonplace for her to wake up in the middle of the night and eat cold macaroni and cheese to keep the weight on.

Next: This actor ate a shockingly low number of calories for this role.

3. Chris Hemsworth for In the Heart of the Sea You’re used to his hulk-like figure in Thor, but In the Heart of the Sea required a totally different diet. Daily Mail Online reports the movie required the castmembers lose a ton of weight to make their stuck-at-sea plight more believable. Chris Hemsworth said there were days when all he ate was one boiled egg, a couple of crackers, and a celery stick.

Hemsworth said losing the weight was hard, but having his co-stars doing it with him made it easier. “I was skinnier than ever before but at least we were losing weight together,” he said.

Next: We remember when this actor was scary-thin for this role.

4. Christian Bale for The Machinist

Here’s another actor who isn’t afraid to do what it takes to get into character for a movie role. In The Machinist, Christian Bale plays an insomniac who’s seriously frail. Men’s Journal reports the actor lost 60 pounds to play the role. And Bale says he existed on a steady diet of cigarettes and whiskey to lose all the weight necessary.

While this worked for him in his younger years, Bale explains he tried to do the same thing again in his 40s, but it was a much more difficult task. “I was waking up with heart palpitations and just not feeling right at all,” he said.

Next: This actress looks way different now than she did in this iconic role. Adrift chronicles the real-life experiences of Tami Oldham, who became lost at sea with her injured fiancé following a horrific storm. Shailene Woodley portrayed Oldham and went through rigorous training to build the strength necessary for sailing. And People reports she also went on an insane diet to accurately portray a woman who was stranded for 41 days.

“For the last two weeks I had a can of salmon, some steamed broccoli and two egg yolks every day — 350 calories,” Woodley said.

Next: She starved herself to play this iconic role. 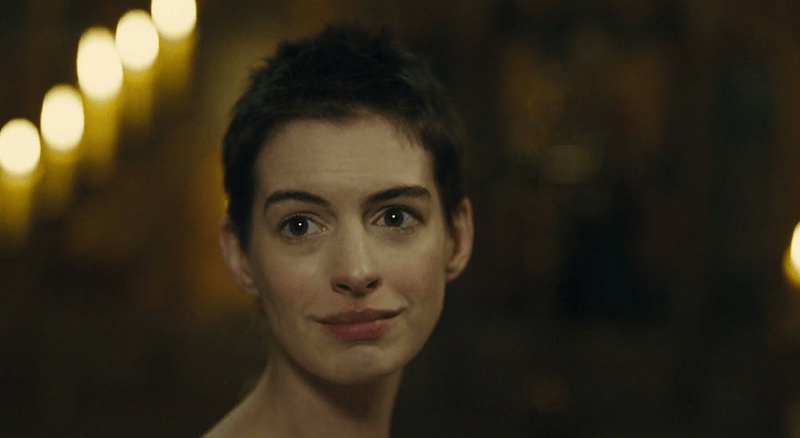 She wanted to get serious for her role in Les Misérables, as she was playing Fantine, a starving prostitute with tuberculosis. So Anne Hathaway went on a diet of “rabbit food” to drop 25 pounds, Daily Mail Online explains.

Hathaway explained her diet was essentially just starving herself, but she didn’t want to give details, as she doesn’t want to encourage anyone to copy her emaciated look. She did note that she “just had to stop eating for a total of 13 days shooting,” however. And at one point, her bones became so frail that she reportedly broke her arm.

Next: She had to play someone with anorexia, and this is how.

7. Lily Collins for To the Bone 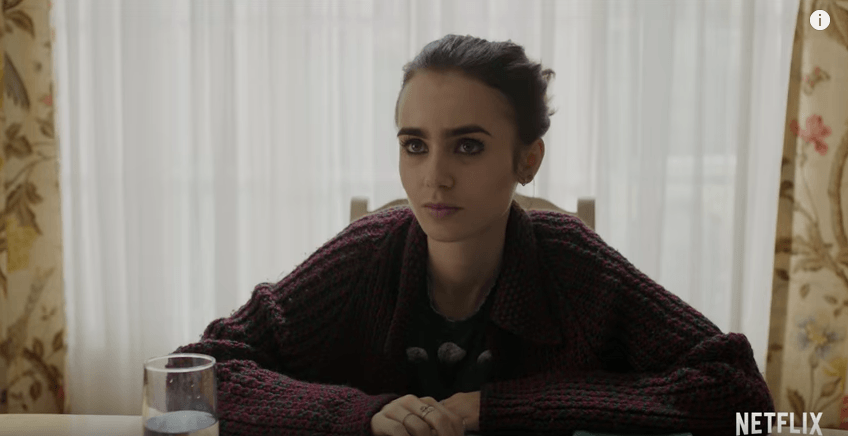 Lily Collins in To the Bone | Netflix via YouTube

This actress with a history of disordered eating decided to take on the part of Ellen, an anorexic young woman in To the Bone. “I personally knew that this was something I needed to do to tell this story,” Lily Collins said. And though she lost the weight under direct supervision, fans grew concerned over her shrinking frame, USA Today reports.

Like Anne Hathaway, Collins didn’t want to divulge how she lost the weight. But the fact that she could touch her index finger and thumb around her bicep clued us into how small she was.

Next: He won for best actor in this role that required a huge transformation.

His portrayal of Ron Woodruff, a man with HIV/AIDS, was spot-on, earning him the title of best actor at the Oscars. But it also required a serious physical transformation. Matthew McConaughey said he lost 38 pounds for the role, E! News reports.

During filming, he said he lost a lot of energy from eating so little — and he hit plenty of plateaus along the way. Finally, with a strict diet, he got down to 143 pounds. And while he did cardio to help with the weight loss, he said it was 90% what he was eating and portion size.

Next: You’ll never believe what this actor ate to gain a lot of weight. 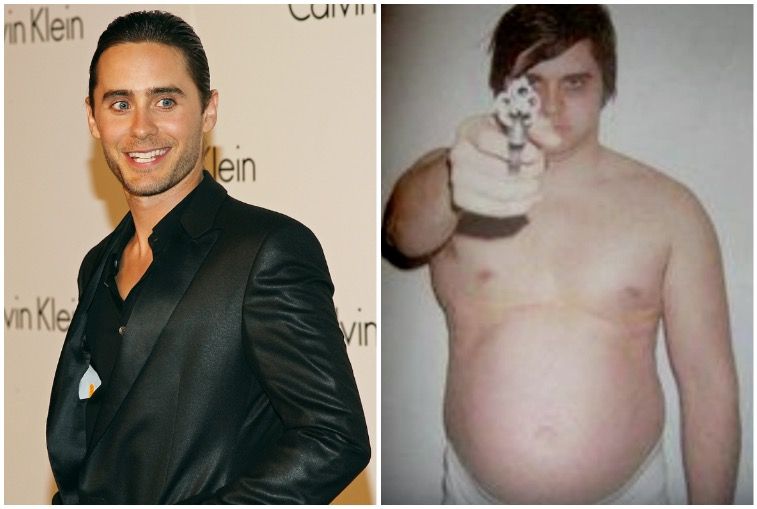 This actor’s known for his extreme tactics for getting into his roles — and such was the case for Chapter 27. In this film, Jared Leto gained a whopping 67 pounds to play Mark Chapman, the man who assassinated John Lennon. The Guardian notes he achieved his weight loss by drinking microwaved pints of ice cream mixed with olive oil and soy sauce.

The quick weight gain came with a price, though. Leto ended up developing gout, which forced him into a wheelchair for a period of time.

Next: The film was heralded by critics, and this actor transformed for the role. 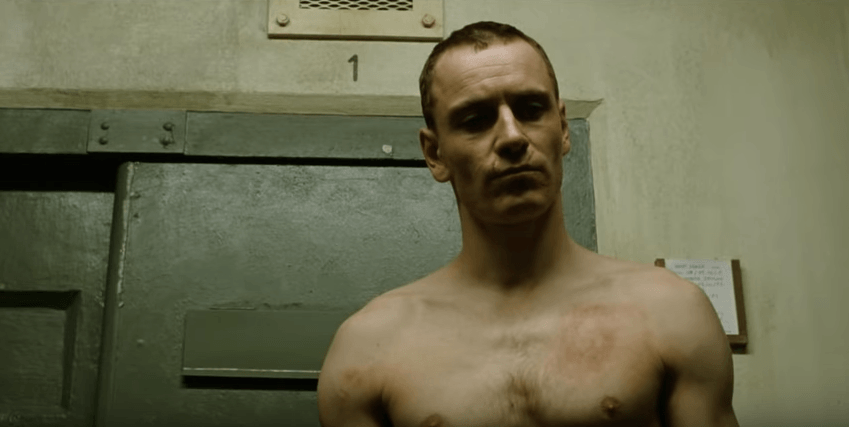 Eating so few calories is no easy feat — but Michael Fassbender knew he had to do it to accurately portray Bobby Sands in Hunger. Sands is an Irish historical figure known for starting a hunger strike in Northern Ireland, and eventually, he died from starvation, The Telegraph reports.

To prepare for the role, Fassbender “settled on a diet of berries, nuts and sardines, eating 900 calories a day for the first five weeks.” He also helped in the weight loss process by walking four a half miles per day, skipping, and doing yoga.

Next: She had to put on a massive amount of muscle for this role.

She says the training for Million Dollar Baby was the hardest thing she’s ever done for a role, The Hollywood Reporter explains. All in all, Hilary Swank had to put on 23 pounds of pure muscle for her role as a boxer.

The process doesn’t sound easy, however. “I started working out five hours a day — I had to eat 210 grams of protein a day,” Swank said. She also mentioned that she had to consume 60 egg whites per day, and when that proved too difficult, she had to drink them. And to keep the muscle on, she would get up and drink protein shakes in the middle of the night.

Next: This actor credits chicken with helping him lose an extreme amount of weight.

12. Matt Damon for Courage Under Fire 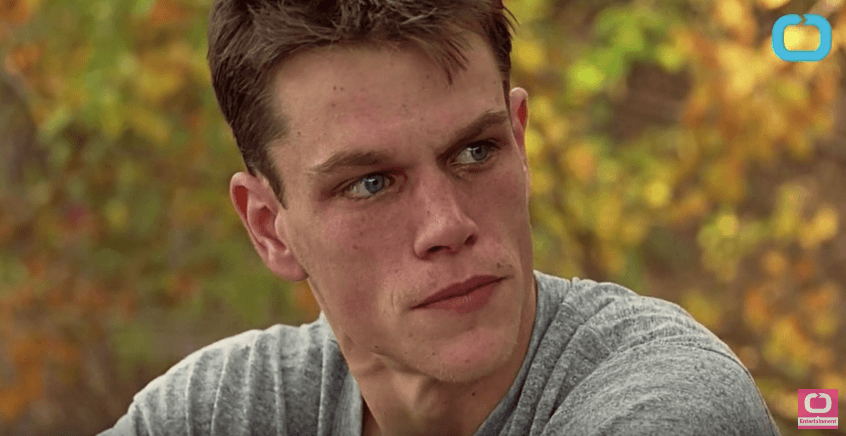 Matt Damon in Courage Under Fire | Wochit Entertainment via YouTube

You probably remember Denzel Washington and Meg Ryan in Courage Under Fire — and another standout performance came from the gaunt Matt Damon. Men’s Journal explains Damon got down to 139 pounds for the role with a strict diet and exercise routine. “I had to run about 13 miles a day, which wasn’t even the hard part,” Damon said. “The hard part was the diet.”

According to Damon’s Ask Me Anything on Reddit, he said all he ate was chicken breast, as he didn’t have any advice from nutritionists on what to eat.

Next: This well-known rapper shocked us all with his transformation. 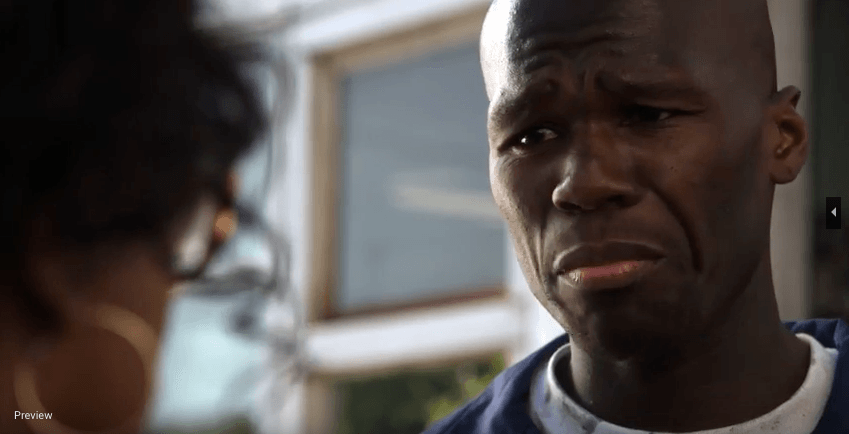 You know him for his music, but his sincere performance in All Things Fall Apart really shocked viewers. 50 Cent played a cancer patient in the film, and he chose to drop from 214 pounds to 160 in just nine weeks. He accomplished this with a liquid diet and running for three hours per day on a treadmill, The Huffington Post reports.

50 Cent also said he ran to suppress his hunger, but things got really difficult toward the end. “There is no way to play a role like this without really committing to it,” he said.

Next: This actor was hospitalized for his new diet.

Steve Jobs was a “fruitarian” — and it nearly ruined Ashton Kutcher’s pancreas. TIME reports Kutcher was playing Jobs in the biopic of the same name, and he decided to try Jobs’ infamous fruitarian diet, which involved a large consumption of raw fruits. Kutcher said he was “doubled over in pain” just a few days before shooting, and when doctors checked him out in the hospital, his “pancreas levels were completely out of whack.”

Oddly enough, Jobs died from pancreatic cancer, so perhaps his diet had something to do with it.

Next: She’s famous for her singing — and now, for her cleanse.

She wanted to shed pounds for her role in Dreamgirls, and thanks to the Master Cleanse, she succeeded. E! News reports Beyoncé consistently drank a cocktail of lemon juice, maple syrup, and cayenne pepper for some of her meals. And People says it resulted in a 20-pound weight loss. At one point, the director was even asking her to stop losing weight, as there was a chance continuity would be ruined.