Lead actors in movies with a romantic storyline seem to fall in love on set so often that chances are the reason the acting looks so good is because it isn’t acting. And while these unions generally seem to last about as long as a high school relationship, there are some cases where the connection found on set turned out to be real. Here are ten of the highest-profile celebrity couples who met on set, most of which are still together.

A relationship between Angelina Jolie and Brad Pitt, who was at the time married to Jennifer Aniston, began soon after the two worked on the 2005 romantic action-comedy film Mr. and Mrs. Smith. In the film, the pair plays a bored upper-middle class married couple whose spark is reignited when they discover they are both assassins hired to kill each other.

Although the critics at Rotten Tomatoes gave the film a 59% “rotten” rating, they did note that “the chemistry generated by onscreen couple Pitt and Jolie is palpable enough to make this a thoroughly enjoyable summer action flick.” And that chemistry may be film’s most lasting legacy, since several attempts to make a sequel failed to gain traction, as noted by Jolie in an interview with Vanity Fair in 2010. “We did ask somebody to look into Mr. & Mrs. to see if they could crack a sequel, but there wasn’t anything original,” Jolie told Vanity Fair. “It was just, Well, they’re going to get married, or they’ve got kids, or they get separated. Never great.”

Jolie and Pitt got married in 2014, but have since filed for divorce.

Kit Harington and Rose Leslie met on the set of HBO’s Game of Thrones in the roles of Jon Snow and Ygritte, respectively. After their onscreen romance led to years of rumors that the two were a couple off the screen, the couple finally revealed in recent months that they were together and that it began during the show.

“I fell in love in Iceland,” Harington said on the Jonathan Ross Show. 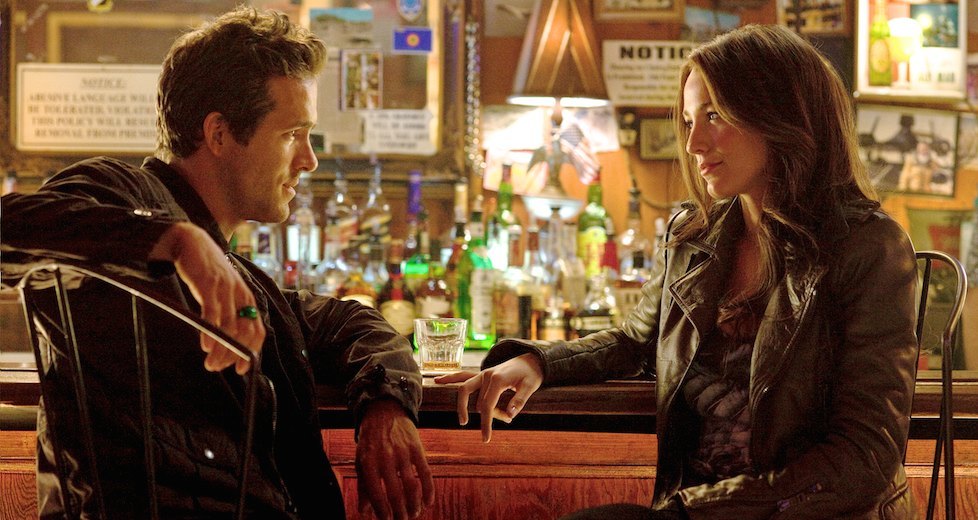 Blake Lively and Ryan Reynolds first met on the set of Green Lantern in 2010, but it would be a couple of years before they officially got together. At the time, Reynolds was still married to Scarlett Johansson (although it ended in divorce later that year) while Lively had several romances flashed in the papers. They would later get together sometime around late-2011 and were married in 2012.

The Place Beyond the Pines | Focus Features

The pairing that ruined dreams, Ryan Gosling and Eva Mendes, met on the set of 2011’s The Place Beyond the Pines, where the duo’s on-screen romance extended into real life. The couple already has two daughters, Esmeralda and Amada, the latter of which was born in April. And while the two are not married just yet, there have been rumors of an engagement for a while now.

Andrew Garfield and Emma Stone met for the first time in 2010 when Stone was screen-tested for The Amazing Spider-Man. Garfield said from their first meeting, “It was like I woke up when she came in… Throughout shooting, it was wild and exciting.”

While both were in long-term relationships at the time, it wasn’t long before they announced they were dating in 2011. They have since gone their separate ways, although they remain close friends.

Ben Affleck and Jennifer Garner first met on the set of Pearl Harbor, but began dating shortly after starring in Daredevil (2003) together. After about a year of dating, the pair was married in 2005 and they have two daughters and a son together.

After more than decade together, Affleck and Garner got separated in 2015. The actress eventually filed for divorce from Affleck in April 2017.

Channing Tatum and Jenna Dewan first met on the set of the dance film Step Up, and Tatum admits that the film actually includes the couple’s first kiss.

“It’s interesting now, because we can watch it and see; we can go, ‘Oh, wow, that was actually our first real kiss,'” he told US Weekly. The couple has been together ever since, marrying in 2009 with a daughter born soon after.

Jennifer Aniston first met Justin Theroux when he was co-writing Tropic Thunder with her friend Ben Stiller in 2007, but the two later became a pair soon after starring together in Wanderlust in 2010. By 2011, Aniston and Theroux had gone public with their relationship and were engaged in 2012 before getting married in 2015.

It was on the set of the horror film Dream House that Rachel Weisz and Daniel Craig reconnected after both had been in long-term relationships — Weisz had been married to director Darren Aronofsky for nine years and Craig had been engaged to producer Satsuki Mitchell whom he’d been dating for seven years. After going public with their relationship in 2010, the two were married in the summer of 2011.

Ashton Kutcher and Mila Kunis first met on the set of That 70s Show when Kutcher was twenty and Kunis was fourteen. But it would be nearly two decades before the two would officially begin dating in 2012. During that time, Kunis had been in a longterm relationship with Macaulay Culkin while Kutcher married and later divorced Demi Moore.

The two announced that they were engaged in 2014 and later got married in 2015. They share two kids, daughter Wyatt and son Dimitri.