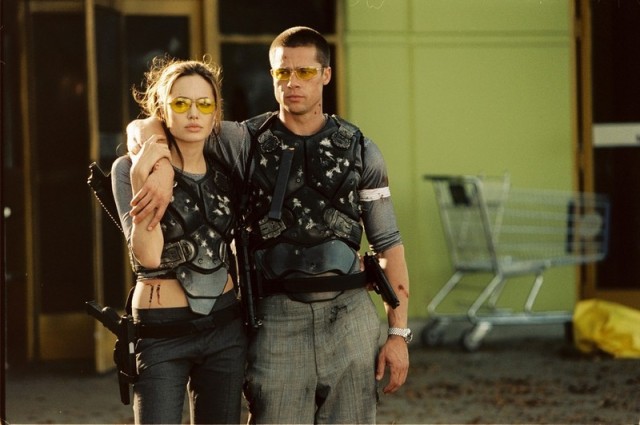 Brangelina fell in love on the set of Mr. & Mrs. Smith. They have been in the headlines ever since, so when news broke out that they were getting a divorce many were shocked, especially given the reason why. When Jolie filed for divorce she cited “irreconcilable differences,” however, there was an alleged incident of Pitt being abusive to their son, Maddox that led to this.

Pitt was allegedly drunk and yelling at Jolie on a private jet in front of the children. Maddox reportedly tried to get in between them when Pitt allegedly retaliated physically. This led to an investigation with the LAPD and Los Angeles County Department of Children and Family Services. The case has since been closed and they concluded that there was no abuse. The couple still has to get their divorce settled, but they have come to an agreement on custody according a rep for Jolie.

2. Bella Hadid and The Weeknd

The couple was dating for 18 months before they broke up in November. According to E!, there’s still hope that they’ll get back together since a source said they “are both still very much in love with each other” but “they know they needed to officially break things off for a while.” The pair is definitely not new to breaking up and getting back together. One thing that continues to get in the way of their relationship is their busy schedules. 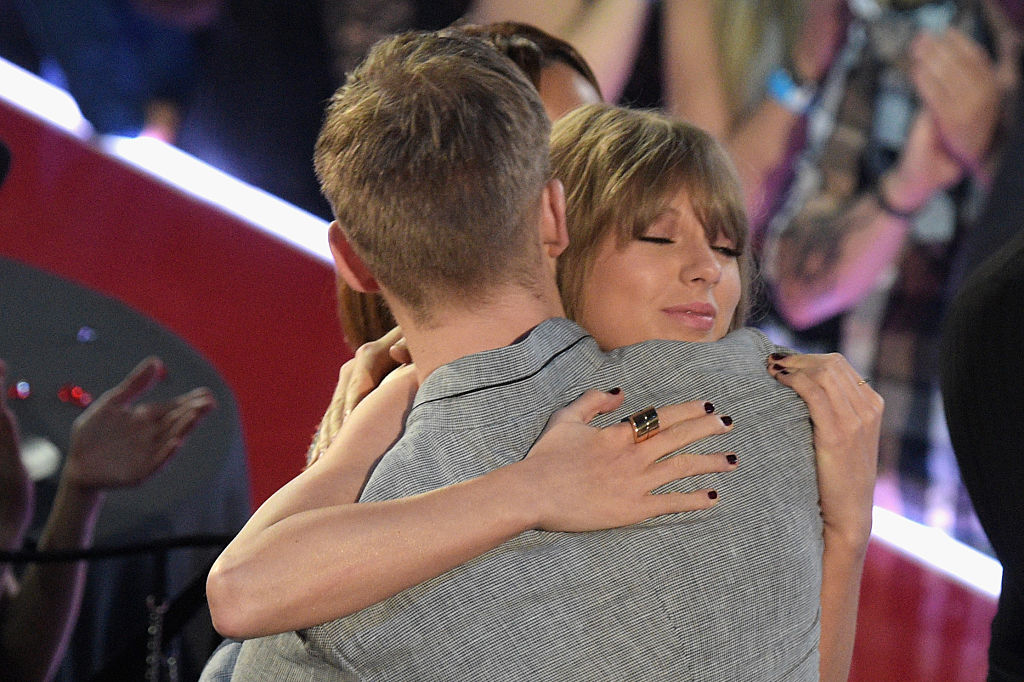 The singer dated the DJ for 15 months before they announced their breakup. At first it looked like the breakup was going to be amicable, until it came to light that the singer was already moving on with Tom Hiddleston. Then, Harris began speaking out against her. “Hurtful to me at this point that her and her team would go so far out of their way to try and make ME look bad at this stage though,” he tweeted. “I figure if you’re happy in your new relationship you should focus on that instead of trying to tear your ex bf down.” 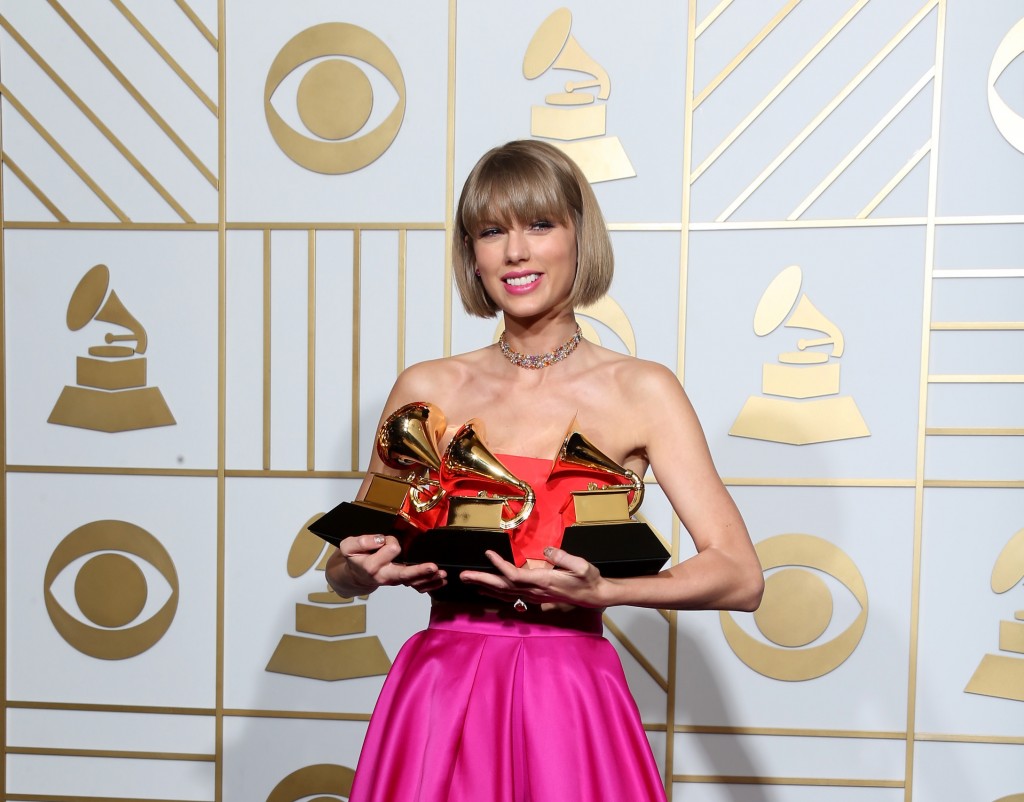 Sometimes a rebound is nice to have after a breakup! The pop star was seen snuggling with The Avengers star in June soon after splitting up with Calvin Harris. However, the love affair didn’t last long and by September they were reportedly broken up. “Taylor felt he wanted to take the relationship to be too public” a source told E! News, “and she was not happy about it and thought it was too much publicity.”

Taylor and I have always believed we are soulmates. Just like all couples we have ups and downs, and we have been taking a break. We are both ambitious artists, hoping to work through long-distance and complicated schedules to continue the simple love we have always shared. Please root us on. We’re just like everybody else and we really love each other.

The two actors were engaged and seemed very much in love so it was pretty shocking to hear that they broke up. Lady Gaga announced the sad news on Instagram, and said the distance is what tore them apart. The two got engaged last year on Valentine’s Day. 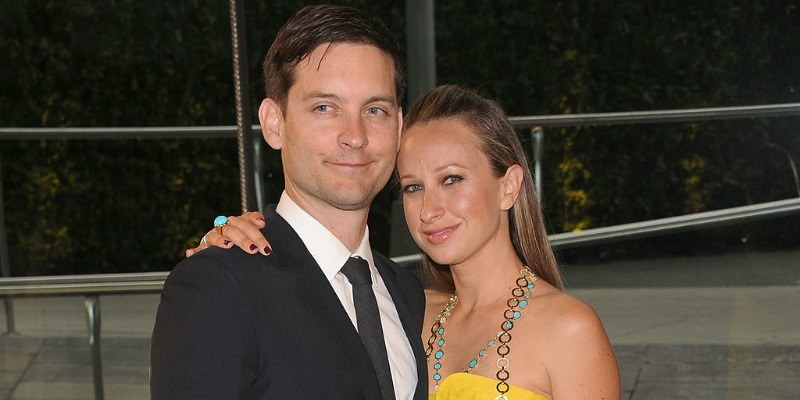 The Spider-Man actor announced in October that he and his wife were splitting up. The two were married for nine years and have two children together. “After much soul searching and consideration we have made the decision to separate as a couple,” they told People Magazine. “As devoted parents, our first priority remains raising our children together with enduring love, respect, and friendship.”

The singer and dancer were together since 2011. Instead of moving forward with their relationship they went their separate ways in August. “It wasn’t anything dramatic and they were on good terms — it just came to a natural end,” a source told People Magazine. “They will remain friends and they see each other, but they are not together. It was very amiable.” 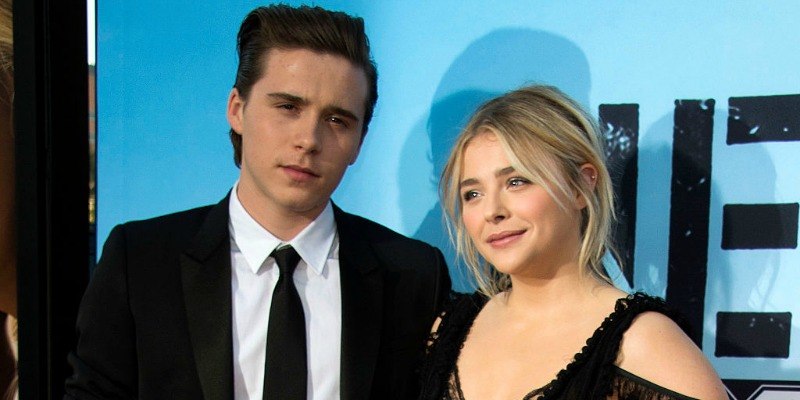 The young celebrities met in a SoulCycle class and began dating in 2014. However, the young love didn’t last forever and they broke up in September. The cause for the breakup was reportedly due to Moretz being “too clingy,” according to The Sun. 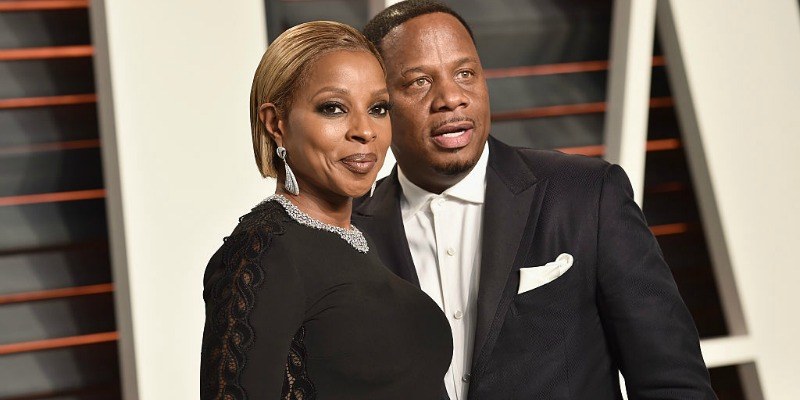 The singer filed for divorce from her husband, who is also her manager, in September. The two were together for 12 years. It looks like it will be a messy divorce since the singer is trying to block Isaacs from getting spousal support, according to TMZ. However, he is asking for $129,319 every month, according to WetPaint. They did sign a prenup before they got married. 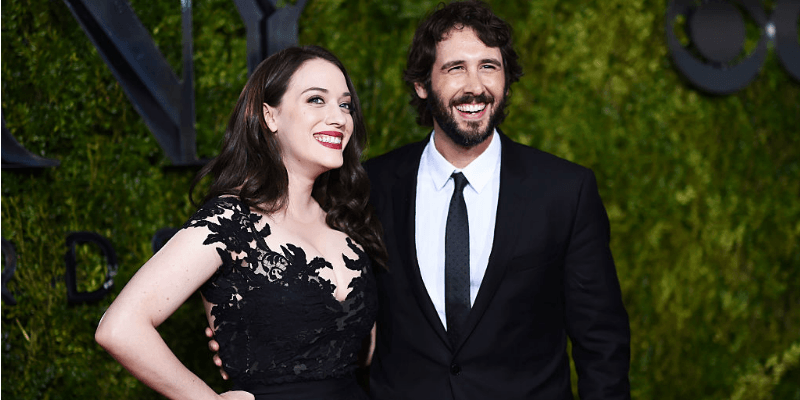 The couple were dating for two years before breaking up in August. The good news is that it seems to be a pretty peaceful split. “It was a mutual breakup,” a source told E! News. “They are still friends and care about each other, but it’s not the right time for them now as a couple.” 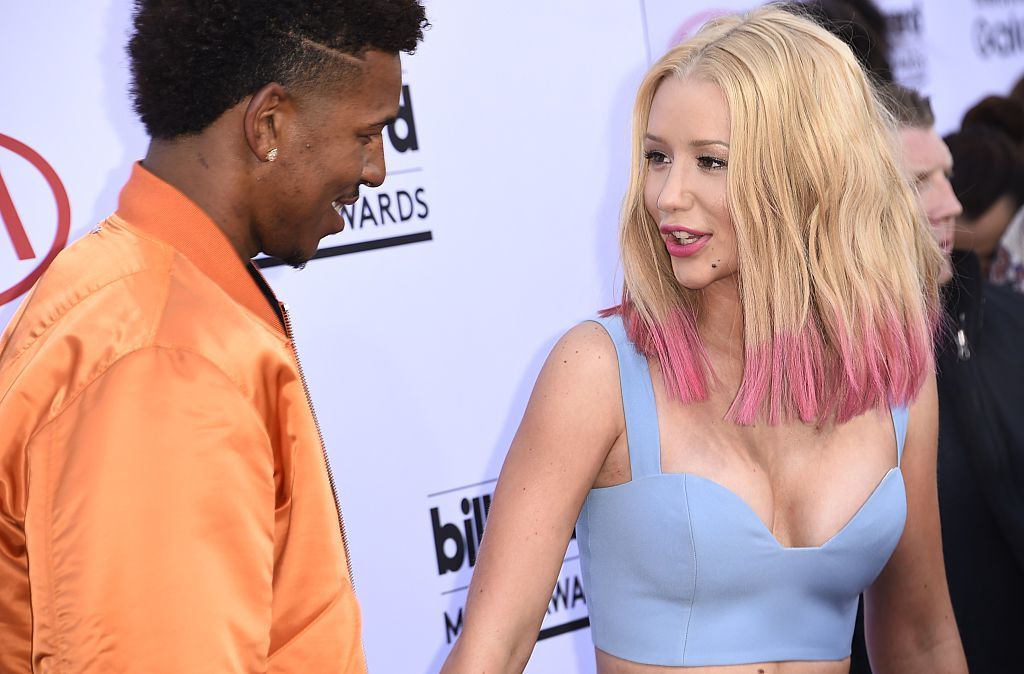 The rapper and basketball player were engaged before their relationship blew up publicly. First there was a video released of Young talking about cheating on his fiancé. After that embarrassment they still stayed together, but it didn’t last very long. Azalea said she left him because she caught him cheating.

“I broke up with Nick because I found out he had brought other women into our home while I was away and caught them on the security footage,” the rapper tweeted. “This is just like a second shot to the chest. And I feel like I don’t even know who the hell it is I’ve been loving all this time.” 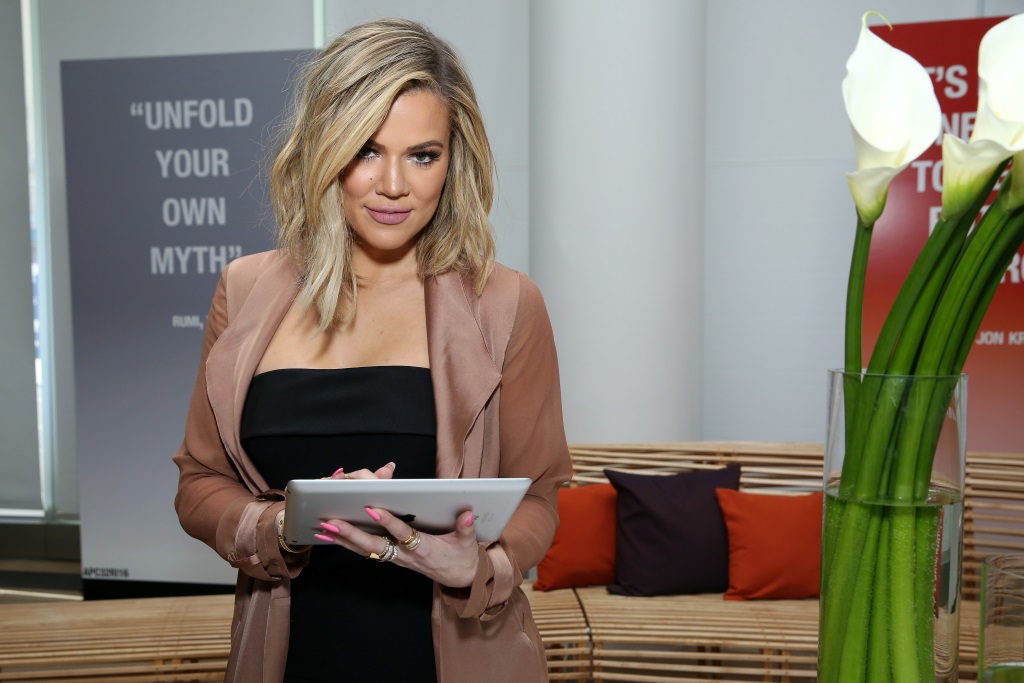 The reality star took her relationship public with the NBA player in July of 2015. However, they called it quits in February. “Nothing really [bad] happened,” a source told E! News. “They just barely saw each other the past few months and it died out.” She has reportedly moved on to dating basketball player, Tristan Thompson. 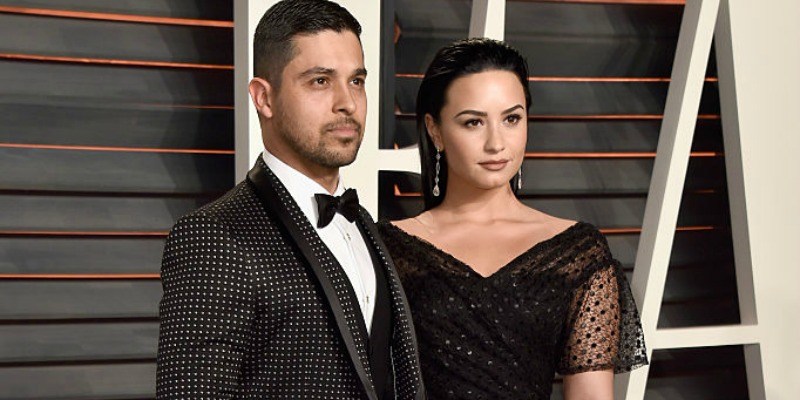 The singer and actor have been dating for six years, but it looks like they’re now done for good. Lovato opened up about how being single again has been a tough transition. “It was hard to depart from somebody who saw everything,” she told Glamour, “but it may be nice to start fresh with somebody. Because that person I was when I was a lot younger is not who I am today.” 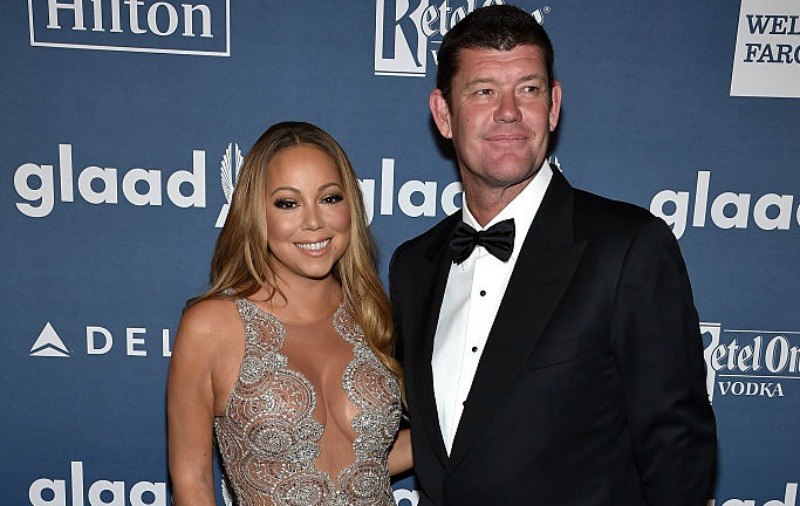 The power house was engaged to billionaire James Packer. However, they never made it down the aisle and broke up in October. Part of the reason for the breakup is that Packer reportedly got jealous of her relationship with backup dancer, Bryan Tanaka. According to TMZ, Packer banned Tanaka from Caesars Palace where Carey performs. There also have been reports that their relationship changed once Packer grew closer to Scientologist, Tommy Davis. 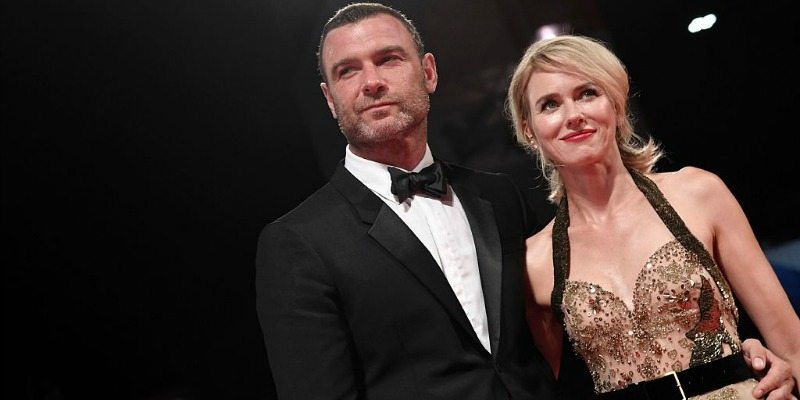 The couple ended their relationship after 11 years together. They have two kids and therefore gave a hopeful statement about their family. “Over the past few months we’ve come to the conclusion that the best way forward for us as a family is to separate as a couple,” read their statement according to CNN. “It is with great love, respect, and friendship in our hearts that we look forward to raising our children together and exploring this new phase of our relationship.”