Celebrity Couples Who Have Sparked Breakup Rumors in 2018

Not even the happiest of celebrity couples are safe from breakup rumors. We’ve already seen tons of our favorite famous pairs go their separate ways over the years — so we can’t help but fear who could be next. These couples still seem to be going strong, but have scared fans with breakup rumors in 2018. Fans of Pete Davidson and Ariana Grande feared that their whirlwind romance was too good to be true. The couple, who announced their engagement shortly after making their relationship public, sparked breakup rumors in July 2018.

Trouble was suspected after Davidson wiped his Instagram clean of any photos, and Grande disabled comments on her posts. Grande also tweeted, “The energy u put out is exactly what u get back, please create a beautiful life for yourselves,” which left fans worried. Luckily, Davidson cleared up any rumors on his Instagram stories:

No there’s nothing wrong. No nothing happened. No there’s nothing cryptic about anything. I just don’t wanna be on Instagram anymore. Or on any social media platform. The internet is an evil place and it doesn’t make me feel good. Why should I spend any time on negative energy when my real life is f*cking lit. The fact that I even have to say this proves my point. I love you all and I’m sure I’ll be back at some point. your neighborhood goon, Pete.

Social media is once again to blame for this celebrity breakup rumor. Miley Cyrus and Liam Hemsworth seemed happier than ever as of June 2018, but one month later, fans began speculating that they’d called off their engagement for the second time.

Cyrus went on a social media blackout, which automatically sparked suspicions about their split. A source even told OK! Australia, “[Hemsworth] wants kids and doesn’t want to keep putting it off but it’s not quite the timeline Miley had in mind … he is left heartbroken.”

Although the couple didn’t address the rumors head-on, Hemsworth posted a silly video with Cyrus, letting us know everything is OK between them. From social media to the cover of GQ, Kylie Jenner and Travis Scott are showing nothing but love for each other. However, that didn’t stop breakup rumors from arising. According to The Hollywood Gossip, reports surfaced that the two had gotten into an argument at dinner and potentially split.

However, Scott posted a cuddly photo with Jenner on Snapchat just after the rumor spread, so it seemed to be completely untrue.

Although Jamie Foxx and Katie Holmes never officially confirmed their relationship, they certainly aren’t hiding it anymore. They were first linked in 2013, when they were spotted dancing together in the Hamptons. Ever since a photographer snapped a photo of the two holding hands on the beach in Malibu in September 2017, they’ve made their romance a bit more public.

According to People, reports claimed that Holmes and Foxx called off their planned wedding in June 2018 due to Holmes’ “trust issues.” However, they’ve since been seen out and about, including a July dinner in New York City. 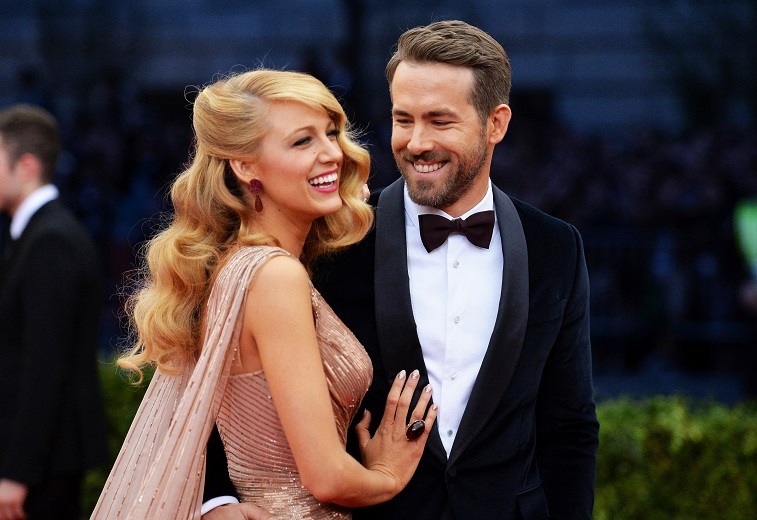 If Blake Lively and Ryan Reynolds split, we officially wouldn’t believe in love anymore. In typical Reynolds fashion, he told a joke about his wife — but fans were not finding it funny. At Comic-Con in July 2018, Reynolds said, “My wife’s been shooting a film overseas so I’ve been having a ton of time to pretend like I’m watching the kids. She’s probably filing [divorce] papers as we speak.”

Although he was clearly just goofing around, we couldn’t even bear the idea of them splitting. They endured breakup rumors earlier in the year, so Reynolds was probably just teasing the media. Reynolds used his humor to clap back at a headline claiming he and Lively were “struggling to spend ‘quality time’” in March.

Reynolds tweeted, “I wish. I could use a little ‘me time.’”