After a long and dramatic presidential race, we finally have the results of the election. Donald Trump will be our new president. There have been a mix of reactions to the news as celebrities who were outspoken during the race went public with their reactions. So what did your favorite celebrities have to say? Here are 16 celebrity reactions to Trump’s presidential win. 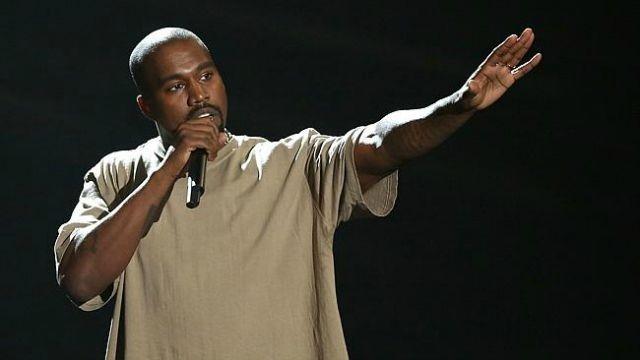 You might remember that the rapper announced that he wanted to run for president in 2020. Well it looks like the news of Trump’s success has only fueled Kanye’s desire to run for office. He sent out a tweet of a cartoon image of him in the Oval Office. There were also many fans who began tweeting their support for the rapper’s presidential goals. Kanye first made the announcement at the 2015 MTV VMAs in his acceptance speech for the Michael Jackson Video Vanguard Award.

If my grandfather was here right now he would not let me back down! I don’t know I’m fittin’ to lose after this. It don’t matter though, cuz it ain’t about me. It’s about ideas, bro. New ideas. People with ideas. People who believe in truth. And yes, as you probably could have guessed by this moment, I have decided in 2020 to run for president.

Since then the rapper hasn’t really mentioned running for office again. His wife, Kim Kardashian, however has brought up some hesitation on the matter. “Look at all the awful things they’re doing to Melania [Trump], putting up the naked photos,” she told Wonderland. “I’ll say to Kanye, ‘Babe, you know the kind of photos they’d put up of me!'”

When asked which party her husband would be associated with she answered, “I don’t wanna put words in his mouth, but I’m pretty sure the Democrats. Maybe Independent? I don’t know how serious he is about it. We’ll see … ”

This is an embarrassing night for America. We’ve let a hatemonger lead our great nation. We’ve let a bully set our course. I’m devastated.

The actor may play Captain America on-screen, but he was embarrassed of his country after the news hit.

The Baldwin brother is one of the few in Hollywood who has been a vocal supporter of Trump, and therefore was celebrating the election result.

I want to quit life.

The Angie Tribeca star was not happy about the outcome and got in on the #notmypresident trend.

CONGRATULATIONS PRESIDENT TRUMP! @realDonaldTrump against all odds ..against the establishment and even against most from the GOP..U did it!

The Scream Queens actress congratulated Trump for beating the odds.

Be tired. Be mad. Be honest & concerned. But be not afraid. Rest up. Be safe. Come together. Construct. Know your surroundings. Be creative.

The Grey’s Anatomy actor and activist took a moment to empathize and comfort those who are upset about the news.

The Republican has long been a Donald Trump supporter. So it’s no surprise that she celebrated with a photo and Trump’s slogan.

I’ll be ok. But I’m terrified for my family. My mom. My dad. My uncle. They live all over this country.

The Silicon Valley actor took a moment to explain what this news means to his family.

The fact that this election could come down to one state or even ONE CONGRESSIONAL DISTRICT should be a reminder that EVERY vote counts!

The Modern Family actor used this experience to teach a lesson about voting, but also gave kind words to those who might be affected most by the news.

When they go low, we go high. We regroup. We listen. We double down. We bet on us. Good night.

The Shameless actress used Michelle Obama’s words as encouragement to those who are upset about the election.

FYI: Manhattan, where people know Trump best (he’s lived, worked, & played there most of his life), gave him 10% of the vote.

The astrophysicist pointed out an interesting aspect of the results.

The actor and writer tends to be silly, but he was very serious when it came to the election results.

The positive element from all this is that we can no longer pretend that we are free of racism & sexism. The question is, what do we do now?

The Oscar nominated actress decided to look on the bright side when it came to Trump being elected.

Go through all stages tonight.
You are allowed to feel however you like.
Take stock of your heart.
See you tomorrow.
We are all still here.

The Hamilton creator gave kind words to those who were upset and advised them to process their emotions.

In a room full of hope, we will be heard. Nothing can stop us. @iamderay #blacklivesmatter Stand up for kindness, equality, and love. pic.twitter.com/tYFJG7R7Ql

The singer took a picture with notable activist, Deray McKesson. She also protested outside of Trump Tower, holding a sign that read “Love trumps hate.”

Where is #OliviaPope when you need her?

The singer wasn’t happy with the news, but decided to bring a little humor to the situation by making a Scandal reference.