Chance the Rapper debuted a new song on The Late Show with Stephen Colbert Monday, a song written two days prior – so new it didn’t even have a name yet. The rapper said he had originally planned an unreleased track from his mixtape Coloring Book, but he decided at the last minute to switch things up. 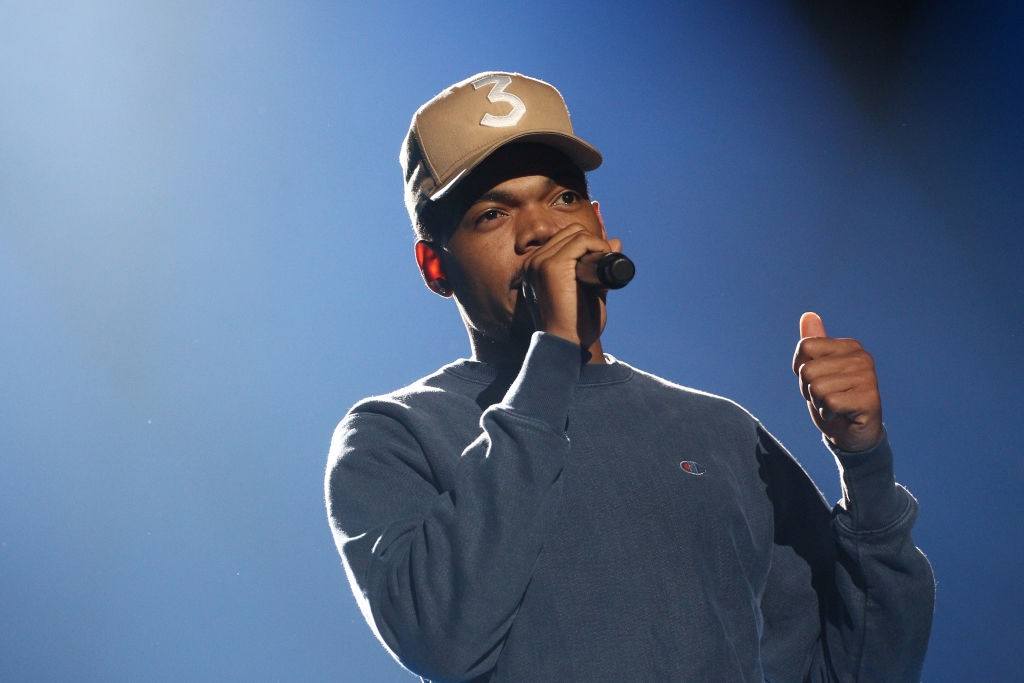 Chance performed the new track along with R&B singer-songwriter Daniel Caesar. The song starts out personal, as the rapper’s work often does, with melancholic lamenting how fame has changed him and affected his relationship with his daughter and young cousins.

Lyrics include, “I’m a rich excuse for a father / You can’t just tour a toddler / She turnin’ 2, she don’t need diapers, she just need her papa … My daughter barely recognize me when I lose the hat / You go so far, you hit a point where you can’t Uber back.” Further along, the lyrics run, “I think my little cousins want they cousin back / The automatic quarterback that doesn’t rap … It ain’t really fun to hang out with me no more / We can’t go to River East to hang at the beach no more.”

The song’s focus expands to something larger about society: “Keep on tellin’ us we makin’ it up / The American Dream, may you never wake up.” The song contains references to political concerns in the U.S. as well as Biblical/church motifs.

The rapper told Colbert he wrote the song two days prior when he decided not to perform “Grown Ass Kid” on the show after all, for reasons he did not want to discuss. “We had to come up with a song in a matter of days, and I wanted to do something fresh,” he said. “I’ve been in the studio a lot lately. I’ve been cooking up some yammers. I premiered ‘Angels,’ the first new song off Coloring Book, here, so I was like, why not do another new song for you guys here tonight?”

The new song is called “Here It Comes” for now.