7 Major Changes NBC Made to Its Fall TV Schedule

On May 14, NBC announced their upcoming fall 2018 TV schedule. There were quite a few no-brainers in the mix, like This is Us, The Voice, and their comedy block on Thursdays.

But there were also a couple of surprises. Here are all the major changes NBC has made to its fall TV lineup, including some shocking cancellations (page 6). 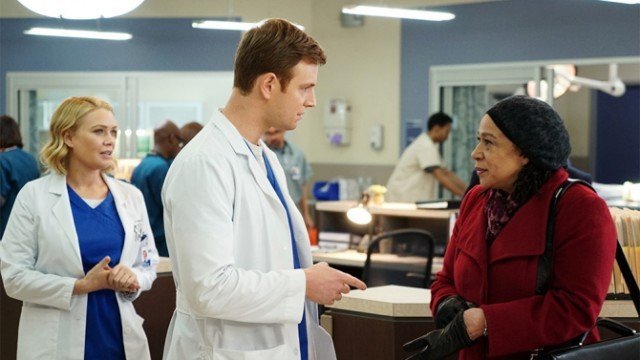 NBC has found a string of hits, thanks to Dick Wolf’s love of the Windy City. That’s why it’s introducing “One Chicago” Wednesday.

Starting in fall 2018, the network will air Chicago Med, Chicago Fire, and Chicago P.D. in a primetime block from 8 p.m. to 10 p.m. By moving all the Chicago-based programs to Wednesday night, the network can capitalize on all of the series’ popularity.

And according to NBC Entertainment Chairman Bob Greenblatt, it will make it easier for the shows to “overlap and crossover.”

Next: Is NBC introducing the new Lost to its lineup?

In addition to its tried-and-true standbys, NBC will introduce a handful of new series this fall, including two buzzed-about dramas.

Manifest follows a group of passengers on a turbulent flight that unwittingly travels through time. The series stars Melissa Roxburgh, Athena Karkanis, J.R. Ramirez, Luna Blaise, Jack Messina, Parveen Kaur, and Once Upon a Time’s Josh Dallas. The Lost–like fantasy series will air Mondays at 10:oo p.m. following The Voice.

New Amsterdam, the channel’s newest medical drama, landed the coveted post-This is Us timeslot and will air Tuesdays at 10:00 p.m. The series is based on New York’s Bellevue Hospital and stars The Blacklist’s Ryan Eggold.

Next: Another hugely popular series will move to Thursdays.

3.A long-running series moves to a new night

In fall 2018, Law & Order: Special Victims Unit will return for its 20th (!!!) season. But even though it’s the fourth-longest running scripted series ever, the network isn’t afraid to shake things up a bit.

After nine seasons in its current time slot, NBC is moving SVU from Wednesdays at 9:00 p.m. to Thursdays at 10:00 p.m. Greenblatt hopes this will give the network affiliates a boost in its local TV news ratings.

4. The Thursday night lineup will be football free

You won’t catch a game on the Thursday lineups. | Rob Carr/Getty Images

In January 2018, FOX outbid NBC and CBS for the right to air Thursday Night Football games. So, for the first time in three TV seasons, the network’s primetime lineup will be entirely scripted series.

This won’t just be the case for the fall 2018 schedule, either. Fox’s deal runs for the next five years, which means it could be quite some time before NBC viewers can see Thursday Night Football again.

Next: Some familiar favorites aren’t in the network’s fall 2018 lineup.

5. These favorites aren’t in the fall lineup — but don’t panic 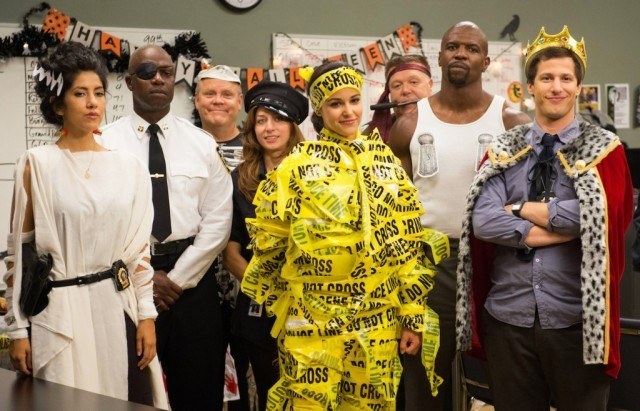 A few of NBC’s most popular series won’t be returning in the fall. But that doesn’t mean they’re done for good. The network is keeping A.P. Bio, Good Girls, The Blacklist, and Blindspot as midseason premieres. That means we likely won’t see new episodes until 2019.

The network also be premiering new series like Abby’s, The Enemy Within, The Village and The In-Between at that time. And Brooklyn Nine-Nine’s much buzzed-about move to NBC will also officially begin in 2019.

Next: This new series will join the Thursday night lineup.

6. A not-so feel-good comedy will premiere on Thursday

In the good old days, Thursdays meant “Must See TV’ on NBC. These days, they don’t officially use that title anymore. But with beloved comedies like Superstore, The Good Place, and Will & Grace in lineup, it’s definitely safe to say you don’t want to miss Thursday nights on NBC these days.

In fall 2018, another promising new comedy will enter into the fray. I Feel Bad stars Sarayu Blue as Emet, a not-so-perfect wife, mom and tech company boss. It will air at 9:30 p.m. after Will & Grace.

Next: These series have reached the end of their run.

7. A few series have officially been canceled

It’s the news nobody in TV wants to hear: Your show isn’t coming back next season. But four series got the bad news that they wouldn’t return to the fall 2018 lineup.

NBC has canceled Rise, Good News, The Brave, and The Night Shift. Two more series, Timeless and Champions, are still awaiting official word on whether they’ll be returning.