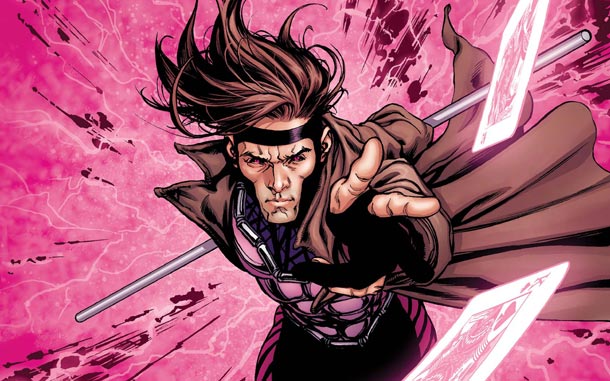 Kitsch appeared as Gambit, sans the Cajun’s trademark red eyes, in the unbelievably awful X-Men Origins: Wolverine, a film that’s inept on every level. Kitsch wasn’t bad as LeBeau, though he was given material so stiff and contrived it’s practically a fire hazard. Hoping to expunge the painful memories of X-Men Origins from the fragile minds of fans, the producers behind X-Men: Apocalypse and the recently confirmed Gambit spinoff have replaced Kitsch with Channing Tatum.

Tatum began his acting career playing pretty boys with phobias of shirts before turning to action movies. After that obligatory period of Nicholas Sparks films, Tatum surprised moviegoers in Steven Soderbergh’s Haywire, in which he loses a brutal fist fight to Gina Carano. Soderbergh has a keen eye for actors, and he was on to something with Tatum; the next year, the actor had a break-out series of performances as a stripper in Magic Mike (a fun foil to his shirtless soccer player in She’s the Man) and an undercover cop posing as a high school student in 21 Jump Street, an exceedingly smart film that garnered almost no hype pre-release. Both Magic Mike and 21 Jump Street were surprise hits, the former being at the forefront of the McConaissance.

Lauren Shuler Donner, X-Men producer, said of Tatum that, “Well you know, he’s a rogue — Channing — he’s a rascal, just like Remy LeBeau, and he can handle the action, we all know that! And he’s got a really good heart.”

“He’ll be great for Gambit,” she added, “and he’s a Southerner, too! He’s not from New Orleans, but he is a Southerner, and he understands that world.”

Donner also said there’s a secret X-Men related film that she can’t discuss, and some are wondering if it’s the long-in-development Deadpool movie. Deadpool, even more so than Gambit, was given a sad, sorry hack-job in X-Men Origins, stripping the Merc With the Mouth of his meta-humor and dark side (as well as his mask), and turning him into a completely different character, part ninja, part Cronenberg monster.

Ryan Reynolds played Deadpool in Origins, and is still slated to play Deadpool in the revamp standalone film. Donner and Reynolds have voiced a willingness to make a lower budget R-rated movie, in keeping the spirit of the comics. After Reynolds’ The Green Lantern flopped hard, the movie was put on hold.

Tatum has proven that he has the action chops and the comedic chops to play Gambit, though a quick peek at the comment sections (never a good idea) hints that fans are not pleased. Fans also weren’t pleased when Heath Ledger was cast as the Joker, and now they’ll bite off your ear if you say a negative word about The Dark Knight, so we’ll see what happens.