Following athletes on social media only makes the 2018 Winter Olympics even more exciting. After all, by doing so, you get much more of a personal connection with the individual Olympians than you do just by watching TV. You can follow their entire journey leading up to their big moment.

Almost all of the U.S. Olympians have some sort of a social media account, but some of them are particularly great online and definitely worth a follow. Here are the Olympians who you need to follow on social media.

Chloe Kim is one of the 2018 Olympic’s breakout stars. | Chloe Kim via Instagram

As the 17-year-old snowboarder who won gold in the women’s snowboard halfpipe, Chloe Kim is the youngest woman ever to do so. She’s also a four-time X Games gold medalist.

Kim has a great Instagram, and she has kept her account active all throughout the Olympics. Following her win, she posted an emotional photo of her celebrating with her parents.

In addition to the pictures that are breathtaking, there are also the downright adorable. Kim is clearly a dog person, and her account is full of pictures of her freaking out while meeting the most adorable puppies in the world. If you’re into snowboarding, dogs, and pizza, her Instagram is the right place to go.

Next: This Olympian was recently attacked on Twitter by Donald Trump Jr. himself.

The figure skater has won the hearts of millions. | Adam Rippon via Instagram

Adam Rippon, the first openly gay American to compete in the Winter Olympics, gained some attention in January when he criticized Vice President Mike Pence. Since then, his social media accounts, and especially his Twitter, have been particularly awesome.

For one, after Pence’s spokesperson accused Rippon of spreading false information about Pence’s record on LGBT issues, Rippon shot back with some facts. After calling out the vice president, he has received a fair amount of hate on Twitter. But he responded to it in the best way, in one tweet sarcastically taking credit for setting the “gay agenda.” Donald Trump Jr. himself also called Rippon out; rather than getting worked up, Rippon’s only real response so far has been a gif of Wendy Williams drinking tea.

Rippon isn’t just worth following because of this Pence feud, though. He has also remained inspirational all throughout the Olympics, encouraging his fans to be true to who they are and ignore people who wish for them to fail.

Next: This Olympian is a close friend of Adam Rippon’s and recently pulled off an amazing feat.

Mirai Nagusu is a 24-year-old figure skater who recently made history by becoming the first female of the sport from the U.S. to land a triple axel at the Olympics. She’s also the third woman from any country to do so.

A triple axel is an incredibly difficult move to pull off. But if you were wondering how an athlete prepares for one, look no further than Nagasu’s awesome Instagram account, where she posted a video showing the process. She also uses the account to share photos of her adorable dog, who she calls her sidekick, with the world.

Nagasu is active on Twitter as well, and anyone who follows her will know she’s great friends with Rippon, chiming in to support him in light of the hate he’s been receiving. Oh, and she also uses social media to interact with the cast and crew of one of her favorite shows, Brooklyn Nine-Nine.

Next: This Olympian’s account is full of dog puns, positivity, and some occasional nudity.

He trains hard … and parties hard! | Gus Kenworthy via Instagram

Gus Kenworthy is a 26-year-old freestyle skier representing the United States at the Winter Olympics. Like Rippon, he’s also making history, as he is the first openly gay action sports athlete.

Kenworthy has chronicled his amazing journey on his Instagram account, on which content varies from emotional words about coming out as gay to hilarious dog puns. Plus, Kenworthy does not shy away from showing some skin, and his account is chock-full of pictures of him out in the snow fully naked.

Next: This Olympian recently took to Twitter to look for a Valentine’s Day date. 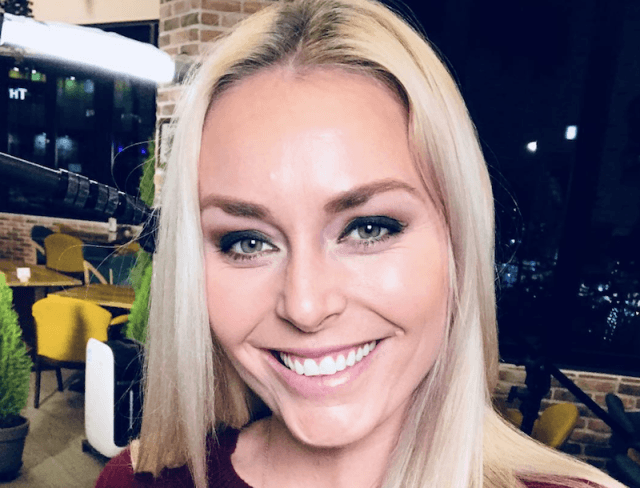 Lindsey Vonn is a 33-year-old alpine ski racer who won the gold medal in downhill skiing at the 2010 Winter Olympics, making her the first American woman to do so.

She’s competing again this year, and when Valentine’s Day came around, she realized she forgot all about it because, well, she’s been a little busy. So she took to Twitter, jokingly asking her one million followers if any of them want to be her valentine.

As you might imagine, she got quite a lot of responses: nearly 4,000, in fact. One person even offered to come and hand deliver her Kinesio tape, an offer she admitted was “pretty enticing.”

Outside of these hilarious Valentine’s Day tweets, Vonn has also been walking her followers through her entire Olympic journey, even polling them on how long they thought her trip would take and sharing the results when she arrived.

Next: These two Olympians keep up a YouTube vlog.

This sibling duo is so fun. | Maia Shibutani, Alex Shibutani via Instagram

Maria and Alex Shibutani are a brother-and-sister ice dancing duo. They’ve got a great presence on all kinds of social media, including YouTube. The Shibutanis maintain a vlog which is updated fairly frequently and includes everything from footage of them practicing to them making terrible food puns at the grocery store.

They’re also great on Instagram, where they share a joint account (in addition to their individual accounts) and where their dogs, Lily and Po, are a regular presence. You’ll also find plenty of adorable photos of the Shibutanis as children.

His pictures are amazing, as are the videos of his journey. | Jason Brown via Instagram

On Instagram, he’s an absolute delight, and he appears to be bursting with happiness in virtually every single photo. He shares everything from Monday Motivation quotes to behind-the-scenes videos to photos of himself with his family.

Brown also has a YouTube channel, on which he posts vlogs chronicling his Olympic season journey. They’re not just quick updates either; a vlog for the Four Continents Figure Skating Championships is over eight minutes long.

Next: This Olympian shares lots of cute photos of his newborn son.

Ted Ligety is a 33-year-old alpine ski racer who has won Olympic gold twice before. But since last competing in the Olympics, Ligety has become a father.

On his Instagram account, Ligety describes himself first as a dad and then as a skier. As you would expect, his account is full of breathtaking skiing photos and videos, including some shot from his perspective.

But his account also gives fans a glimpse into his personal life, and it’s chock-full of adorable photos of his son Jax.