With so many excellent shows on the Food Network, it can be hard to pick a favorite — but fans come back again and again for Chopped. The show features four contestants who have to cook for three rounds — appetizer, dinner, and dessert — under a tight time limit. Not only that, but their dishes have to feature all of the ingredients from their “mystery basket.” And at the end of each round, one contestant is eliminated after judgment from professional chefs takes place.

There’s a reason viewers love watching the intense, fast-paced nature of the show — but there’s probably a lot occurring behind-the-scenes that you had no idea about. Thankfully, famous host Ted Allen has plenty to discuss about Chopped. Here’s what he knows, where you’ve seen him before, and his net worth.

Ted Allen has hosted a variety of shows prior to Chopped 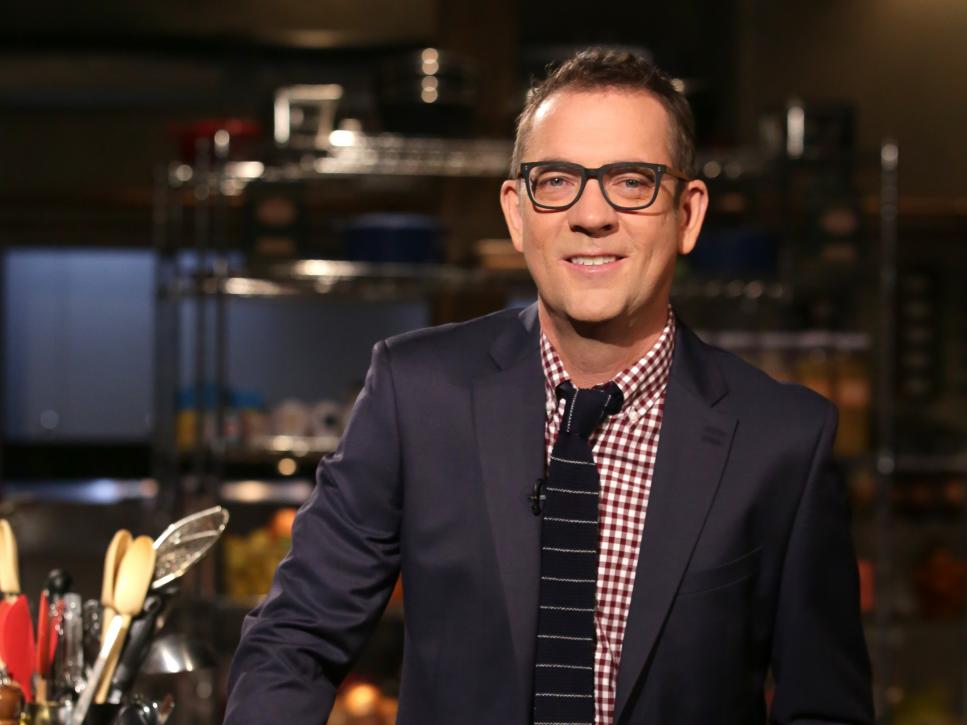 Think you’ve seen Ted Allen prior to watching the Food Network? You probably have. Fans of reality TV in the early 2000s may remember Allen as one of the original cast members of Queer Eye. As a member of the “Fab Five,” Allen was the “food and wine connoisseur,” Bustle notes, so his transition from that show to Chopped years later makes total sense. And Celebrity Net Worth notes in 2004, he won an Emmy for Queer Eye, too.

Aside from Queer Eye, Allen has also been featured on shows such as Iron Chef America, Trading Spaces, Top Chef, The Best Thing I Ever Ate, and Food Detectives. When Allen wasn’t on TV, he was busily producing books, as he has a degree in journalism, too. You can find plenty of food-centric books and cookbooks authored by him.

He’s shared these secrets about the show Ted Allen from the Food Network | Ted Allen via Instagram

Fans have plenty of questions when it comes to Chopped — and thankfully, Allen has taken some of the viewers’ questions and answered them on the Food Network website. When one viewer asked if he could tell who’s going to win the competition from the beginning, Allen said he definitely picks favorites, but overall, it’s tough to tell. He also mentions that even the cooks with the best resumes don’t always come out on top if they’re given a mystery basket ingredient that defeats them.

As for Allen’s favorite mystery basket ingredient, he’s noted it’s the “whole chicken in a can” because he loves “the sound it makes when it plops out of the can.” And when it comes to ingredients that have scared him off, there have been plenty. He’s noted the various tongues and organs of animals that are occasionally in the baskets would definitely not be his favorite to cook and eat.

Here’s another question everyone wants answers to: Who chooses the mystery basket ingredients? According to Allen, there’s a special committee chosen by a Chopped staffer that help make those choices — but he does have some say in what happens here. “Once in a while, the judges or myself will look at a basket and say, ‘This is just too mean or just too hard,’ and we’ll ask if something can be switched out,” Allen added. From his books to his shows in the past to now being the beloved host of Chopped, Allen definitely makes a healthy amount of money. Celebrity Net Worth notes his net worth stands around $5 million for all of his ventures. And though we don’t know how much he’s making just from Chopped, after 36 seasons, it’s certainly a primary source of income.