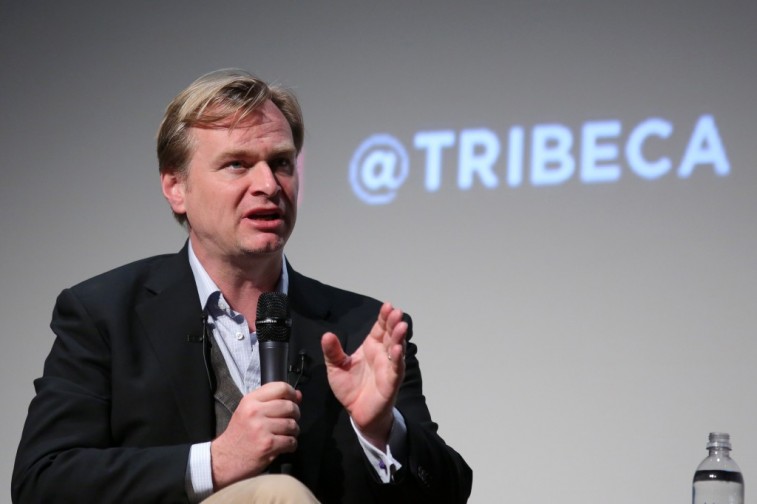 Christopher Nolan is taking on a true World War II story for his new film. Fans have been eagerly waiting to learn what the acclaimed director’s next project will be and now details are finally surfacing, courtesy of Warner Bros. After several months of rumors, the studio just confirmed that Nolan has already begun work on the fact-based war drama, Dunkirk.

According to Variety, Dunkirk will chronicle the story of the evacuation of the titular French city during the early 1940s. Dubbed Operation Dynamo, the retreat of Dunkirk was a British military operation that helped save over 300,000 Allied soldiers that were trapped in the harbor and surrounded by the German army.

As French newspaper La Voix du Nord first leaked earlier this month, Nolan and his crew visited the city this past summer to scout locations for the project. Warner Bros. has since corroborated that report, stating, “We are thrilled to be continuing our collaboration with Christopher Nolan, a singular filmmaker who has created some of the most critically acclaimed and commercially successful films of all time. ‘Dunkirk’ is a gripping and powerful story and we are excited to see Chris, Emma, and their cast realize it on the big screen.”

Nolan will reportedly direct the developing film from his own original screenplay. In addition to helming the project, the studio confirmed he will also serve as a producer on the movie alongside longtime producing partner and wife, Emma Thomas.

Though casting news has yet to been officially announced, Nolan is reportedly looking to build an ensemble made up mostly of newcomers, with a few high-profile players in supporting roles. Per Variety, Mark Rylance, Kenneth Branagh, and Tom Hardy are all currently in talks to take on the limited adult roles in the film, although the studio has not commented on their possible participation so far. For Hardy, this would mark his third project with Nolan, following previous collaborations, Inception and The Dark Knight Rises.

As for the lead roles, Nolan and his casting department have reportedly already begun the hunt for the right candidates. Several London teens have screen tested for the primary characters, although it seems no official decision has been made as of now.

While Nolan has taken on a wide variety of films throughout his career, this will be his first foray into the war genre and the director is apparently looking to switch up his method of filmmaking for the project. According to Variety, Dunkirk will reportedly be shot on a combination of IMAX and 65mm large format film for maximum image quality. Though Nolan has worked in both formats before, he’s never combined the two for one project. Now, it looks like he’s looking to up the ante of his past work, as well as that of fellow directors like Quentin Tarantino, who required 70mm projectors for The Hateful Eight.

While fans will have to wait for more casting and plot details from Dunkirk, they can expect the movie to hit theaters relatively soon. Shooting is expected to begin in May in many of the real locations where the actual events took place. The film is currently scheduled to hit theaters in July 21, 2017.