Comic Book Movies That Never Got the Credit They Deserved

For decades, comic book characters have been making the leap from the page to the big screen, with results ranging from the crowd-pleasing The Avengers to the much-maligned Catwoman. Now that Marvel and DC heroes have become box office staples, more and more comic book tales are finding their way into theaters.

However, while films like The Dark Knight receive heaps of critical praise and monstrous financial success, some comic book movies fail to receive the attention they deserve during their initial release. Here are 10 such examples. 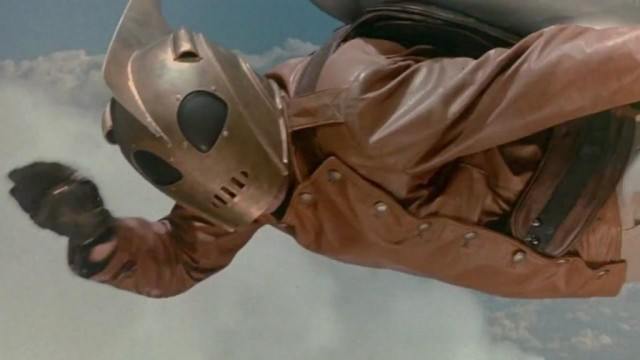 Billy Campbell in The Rocketeer | Disney

Launched in 1982 as an homage to the Flash Gordon-era Saturday matinee serials, The Rocketeer has all the trappings of its better-known comic book counterparts, complete with secret identity and a nifty jetpack that allows him to take flight. Director Joe Johnston — who went on to direct Captain America: The First Avenger 20 years later — brought the story of Cliff Secord (Billy Campbell) to life with verve and a timeless sense of adventure that went sorely under-appreciated during the film’s theatrical run. 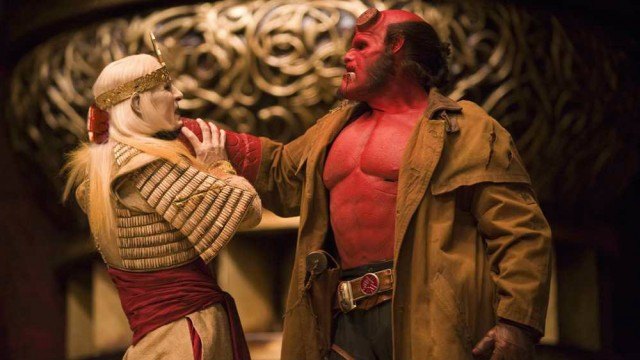 Guillermo del Toro’s 2004 film Hellboy proved to be a cult hit in the geek community, but didn’t bring in enough money for Columbia Pictures to bankroll a sequel. So, Universal Pictures stepped in to keep Mike Mignola’s characters on the big screen. Del Toro took the chance to expand the franchise to include fairy tale elements like elves and mysticism, in keeping with his foray into dark fantasy with Pan’s Labyrinth.

Yet, despite strong reviews and solid box office numbers, fans (and star Ron Perlman) are still clamoring for a pay off to the film’s cliffhanger ending and an epic conclusion to the trilogy. 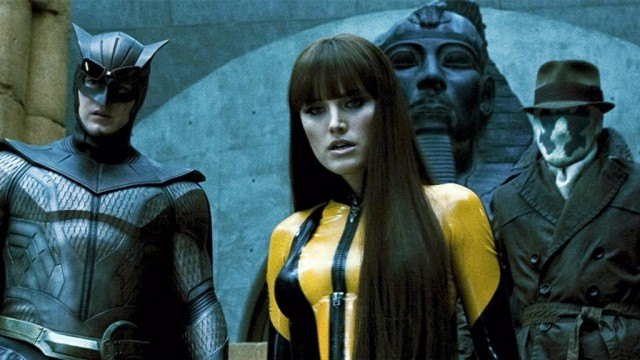 For years, fans deemed Alan Moore and Dave Gibbons’ classic 1986–87 limited series one project that could never be properly adapted into a feature film. Fresh from 300, director Zack Snyder rose to the challenge, transforming one of the most celebrated tales in comic book history into a film that is as visually unforgettable as it is philosophically stimulating.

Despite some controversial (but ultimately wise) changes to the ending, Watchmen brings this fascinating story to life, thanks to Snyder’s visual flair, its reverence for Moore’s work, and an ensemble cast highlighted by standout performances from Jackie Earle Haley and Jeffrey Dean Morgan. 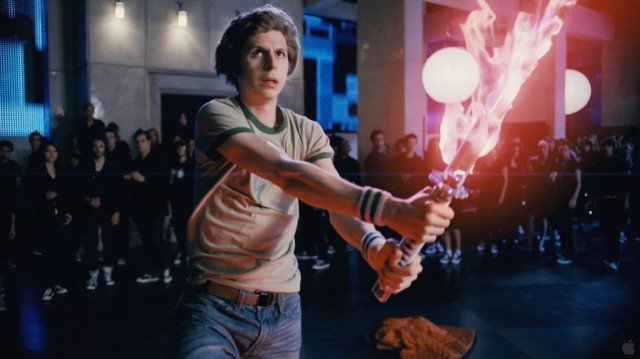 One of the most polarizing comic book films in recent memory, Scott Pilgrim vs. the World melds together the worlds of indie rock and video games into a coming-of-age action comedy that sees Michael Cera’s title character literally face off against his new love’s (Mary Elizabeth Winstead) past.

This visionary film from director Edgar Wright (Shaun of the Dead) features such a breakneck pace, outstanding soundtrack, and pitch-perfect cast (Anna Kendrick, pun intended) that it’s easy to forget what an accomplishment it really is. Sadly, its rave reviews translated into a dismal performance during its theatrical run, though it has found new life as a budding cult classic. 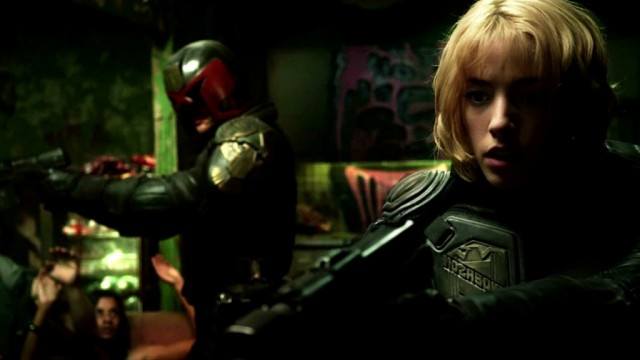 Fans of the Judge Dredd comics may have been forced to endure the weak Sylvester Stallone film in 1995, but director Pete Travis finally captured the spirit and dark tone of the character in this film. Keeping the character’s signature helmet firmly in place, Karl Urban completely embodies Dredd’s no-nonsense approach to crime, while Olivia Thirlby and Lena Headey provide fine support as his rookie partner and the drug kingpin they must take down, respectively.

The film already has a cult following, as fans continue to heavily campaign for a sequel. Perhaps sometime in the near future, judgment will rear its ugly head once again. 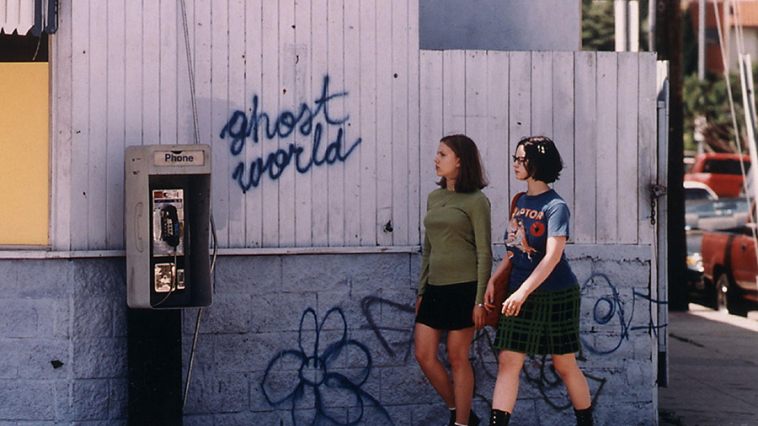 This early ‘00s black comedy was adapted for the big screen by director Terry Zwigoff and the writer of the comic, Daniel Clowes. Starring Thora Birch and Scarlett Johansson as teenage girls during an ordinary summer in their small hometown, the film received plenty of accolades from critics, ranking 92% on Rotten Tomatoes. However, it did poorly at the box office, even for a low-budget indie.

Based on the DC comics character of the same name, Constantine is an action film with a very dark, occult-like side. Heaven and hell, God and Lucifer, angels and demons — all are at the forefront in this world, and antihero John Constantine has the ability to see things that others cannot.

Alongside Keanu Reeves, the film stars Rachel Weisz, Shia LaBeouf, and Tilda Swinton. The film did fairly well at the box office, and critical reception was mixed, but many fans consider it a classic look at good versus evil. 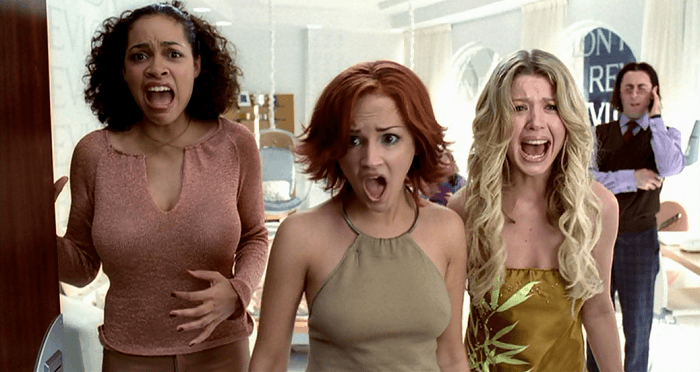 Josie and the Pussycats | Universal Pictures

The source material for Josie and the Pussycats is an Archie comic, so it was hard to know what to expect when it was adapted for the big screen. It’s doubtful that anyone thought a playful musical comedy with a seedy underbelly would be the outcome, but that’s what we got.

Starring Rachael Leigh Cook, Tara Reid, and Rosario Dawson as the titular band members, the film did poorly at the box office, and most critics weren’t big fans. But looking back on the film, it has held up as a representation of the early turn of the century. Plus, the completely original soundtrack is a lot of fun.

Sequels can get a bad rap to begin with, but this Marvel follow-up was a box office bomb. Coming along at the very end of the pre-MCU era (it was released just after Iron Man), this excessively violent flick is definitely not in line with what we’ve seen lately from the mega-brand.

Where The Punisher film tried to be a Batman movie, Punisher: War Zone was happy to be a fun, over-the-top action flick. Director Lexi Alexander pushed for a crazy sequel, and it didn’t sit well with critics. Still, adamant fans love it for what it is. 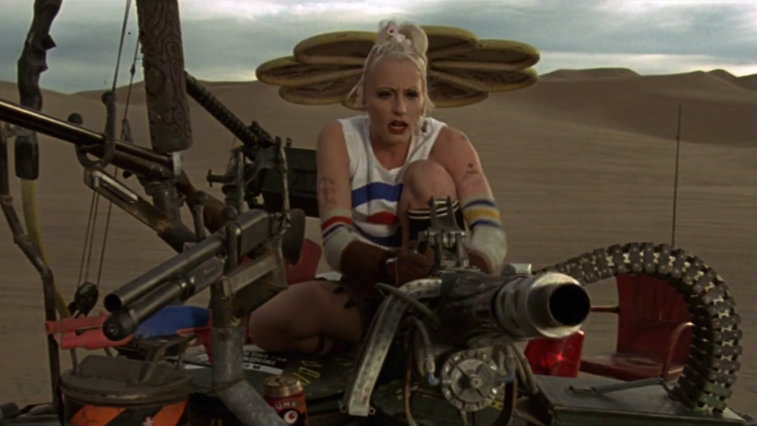 Described as a sci-fi action comedy, this post-apocalyptic comic film stars quite an array of names. Lori Petty is the eponymous heroine, who you likely know now as the unhinged inmate Lolly on Orange Is the New Black. She’s joined by Ice-T, Naomi Watts, and perpetual villain-portrayer Malcolm McDowell in this undoubtedly wacky flick.

The film tanked (pun intended) at the box office, failing to recoup even half of its $25 million budget. However, it has accrued many fans over the years, and is thought of as a cult feminist movie.