‘Concussion’: Could Will Smith Get an Oscar Nod?

Will Smith might soon be back on the Oscar ballot for the first time in almost ten years. The actor’s latest star vehicle, Concussion, made its world debut at the TCL Chinese Theatre on Tuesday night. and so far, the movie — and the actor’s performance in particular — is earning strong praise.

Directed by Peter Landesman, Concussion stars Smith as the real-life Dr. Bennet Omalu, a Nigerian-born, Pittsburgh-based medical examiner, who was the first to diagnose pro football players with Chronic Traumatic Encephalopathy (CTE), the concussion-related disease known to be the leading cause of dementia, depression, and even suicidal behaviors among retired NFL athletes. The movie chronicles his uphill battle to make his discovery known, despite the NFL’s efforts to hide his research and force him out of Pittsburgh.

The film has sparked some controversy, even prior to its theatrical release. Backlash from the NFL was expected, given the movie’s subject matter. But perhaps more surprisingly were early accusations that the film had caved to the NFL and failed to give the league as much opposition as it promised.

Now that critics have actually gotten their first look at the movie, it seems those allegations were largely overblown. The reviews so far have made it clear that the film, while far from perfect, doesn’t bow down to the league. “Will Smith and Sony came out hard against the [NFL] at the world premiere of Concussion, painting a damning picture of a sport too big to admit it’s been killing its own players,” The Daily Beast wrote. The Hollywood Reporter backs that up, concluding, “The league still takes a major beating from the film.”

This all bodes well for Smith, who is earning some high praise for his performance and sparking award season conversation. After all, the Academy is known to respond well to blockbuster stars who can justly portray real-life crusaders (just see Julia Roberts in Erin Brockovich, Sean Penn in Milk, and even Smith himself in The Pursuit of Happyness as examples). 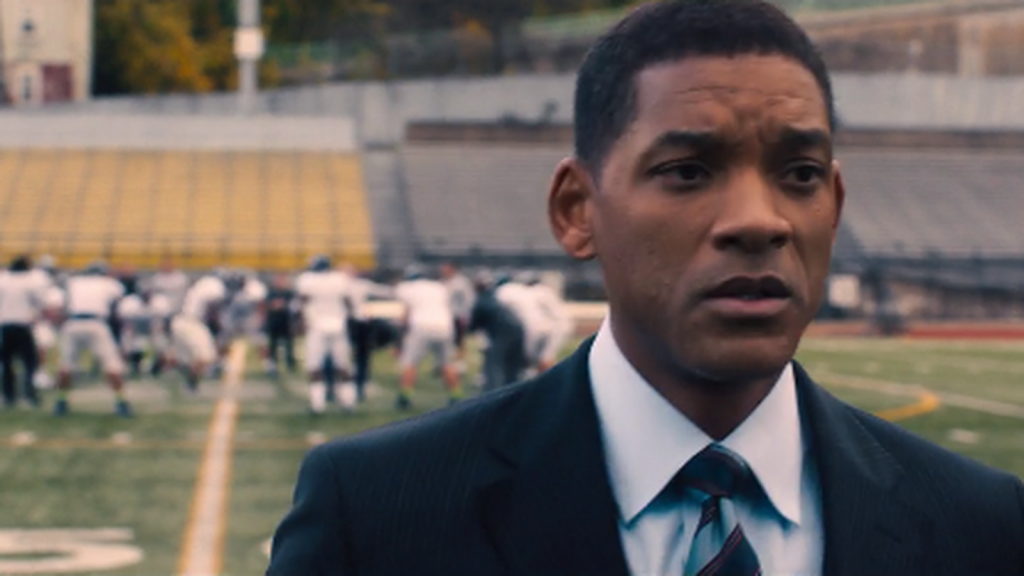 From the sounds of the reviews, Smith has managed to pull that off once again. “The actor puts his star wattage to clever use here, buttoning down but never attempting to hide his natural magnetism as a real-life character who’s a force of nature in his own way,” Variety writes of his portrayal of Omalu. THR also notes the actor’s full embodiment of the persona, writing, “[Smith] adopts — and unwaveringly maintains — Omalu’s Nigerian accent; trades in his own trademark twinkle for Omalu’s.”

But perhaps the most glowing commendation comes from the movie’s real-life inspiration, Omalu. According to THR’s recounting of the premiere, the doctor gave the actor a ringing endorsement during the post-screening Q&A. Combined with the early solid reviews and Smith’s general likability among audiences and those in the industry, the actor seems like a strong choice for Oscar contention this year.

Whether the actor will officially end up nabbing his third Best Actor nod or not remains to be seen. His chances will likely become clearer once the movie is released, as strong buzz and a good box office performance can help bolster an award season campaign. In the meantime, Smith isn’t the only one with potential to score a Best Actor nod. Other names rumored to be in the race include The Revenant‘s Leonardo DiCaprio, Black Mass‘s Johnny Depp, and The Martian‘s Matt Damon.

Concussion is scheduled to hit theaters on December 25.