‘The Conjuring’ Lawsuit: Why Warner Bros. Is Being Sued Over Horror Series

A Virginia judge has rejected Warner Bros.’ motion to dismiss a $900 lawsuit being brought against the studio over The Conjuring, and a trial has tentatively been scheduled for April 16, according to The Hollywood Reporter.

This is the latest chapter in a saga that began last year, when author Gerald Brittle filed suit against Warner Bros. Brittle wrote a book about Ed and Lorraine Warren in 1980 called The Demonologist, and he alleges that he came to an agreement with the Warrens that prevented the creation of any works based on their lives.

“[W]hen Lorraine Warren granted the Defendants the right to use the Warren Case Files, which the Defendants themselves repeatedly state their movies are based on, she could not have done so because she had years earlier contractually granted that exclusive right to use those same Warren cases, Warren Case Files and related materials to the Plaintiff,” the lawsuit states. 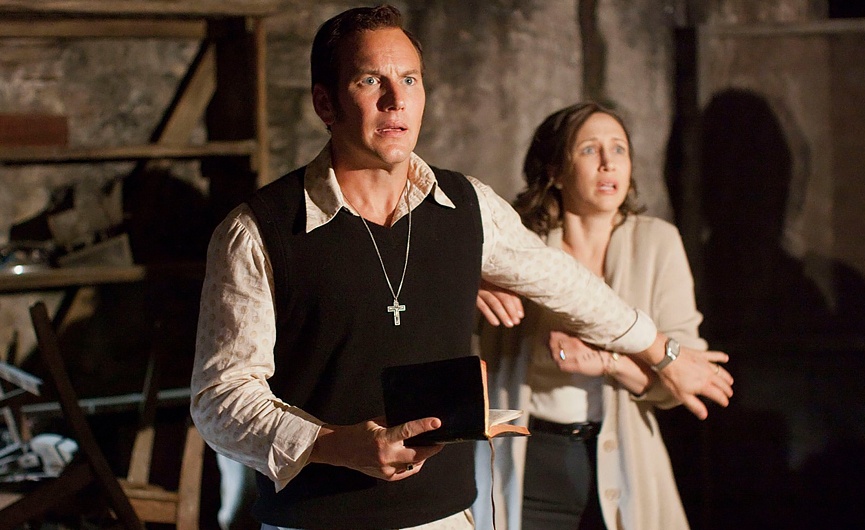 Ed and Lorraine Warren in The Conjuring. l Warner Bros.

Gerald Brittle had previously joined in on a separate lawsuit against the movie studio in 2014. Warner Bros. faces $900 million in damages, a number based on the amount of money the Conjuring movies have grossed at the box office. Since this lawsuit was filed, a fourth Conjuring movie has been released: Annabelle: Creation, which has made $216 million as of August 29.

Warner Bros. is arguing that nobody can own the sole rights to tell stories about true events. Interestingly, Brittle argues that this isn’t the case with Ed and Lorraine Warren’s story because the Warrens admitted to him that they were lying about their experiences. Either way, Warner Bros. says that Gerald Brittle’s book The Demonologist “purports to be a true account of events in the Warrens’ lives and was marketed as such for decades” and “no one has a monopoly to tell stories or make movies about true-life figures and events,” according to The Hollywood Reporter.

U.S. District Court Judge John Gibney Jr. said this week that the court would not “wade into the truth or falsity of the Warrens’ paranormal escapades or to parse the resulting similiarities between the works at this stage of the case,” adding that this type of analysis is best suited for summary judgment or trial.

Ed and Lorraine Warren in The Conjuring 2. l Warner Bros.

Warner Bros. is continuing to produce Conjuring movies as this lawsuit continues. They will release the next chapter in the series, The Nun, next year, which will be followed sometime after by The Crooked Man and The Conjuring 3.