The Coolest New Products That Every ‘Star Wars’ Fan Will Love

Star Wars is one of the world’s biggest brands. To the average person, it may be just a bunch of movies. But it’s also television, novels, comic books, toys, other merchandise, and so much more. Go into the home of a diehard Star Wars fan and inevitably you’ll find some novelty items. Lightsaber chopsticks, oven mitts that are designed like Darth Vader’s black gloves, and even Star Wars ugly Christmas sweaters are all things that exist.

But that doesn’t even scratch the surface of the cool Star Wars products that are available to consumers all over the world. Here are 10 of the most fun and unique gifts you could buy for your favorite diehard Star Wars fan. There’s even a waffle iron on the list.

They release in May, but you can pre-order now! Po-Zu is capitalizing on the popularity of the Porgs from Star Wars: The Last Jedi with some pretty slick Porg sneakers. They come in both high-tops and low, so there’s really something for everyone. That is, unless your kid wants a pair and he or she is under the age of 10, because it appears that the smallest size available currently is a five. Even still, they’re a great gift for the Porg lover.

Next: Some delicious droids 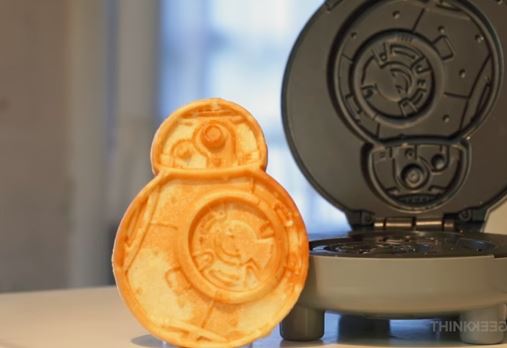 Are you a big BB-8 fan? And do you also really love waffles? Then this is the product for you! It’s not much different from a regular waffle iron, except that the final product is shaped like something from Star Wars. You would also think that a novelty waffle-maker would create sub-par food, given that the purpose is the shape and not the flavor. But these make surprisingly well-cooked waffles. It also comes in a Death Star shape.

Next: The future is here! 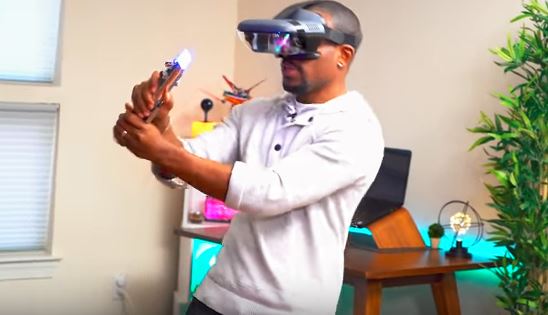 Virtual reality is still in its early stages of development, despite having been around in some form for a few decades. Possibly one of the most advanced VR devices available to the average consumer is Star Wars: Jedi Challenges, which sells for around $200 at Best Buy. It’s a pair of virtual reality glasses that comes with a lightsaber, allowing you to do battle like Luke Skywalker, Anakin, or Kylo Ren. The setup also comes with the ability to play Dejarik, which is the Star Wars chess game Chewie is seen playing with C-3PO. 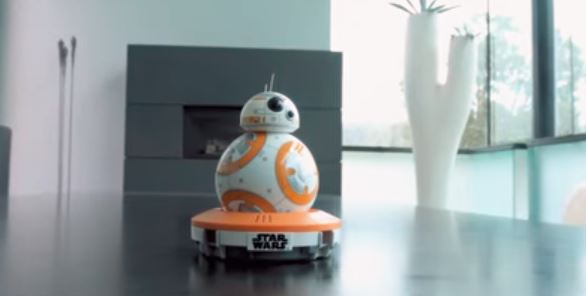 Next: A funny Chewbacca toy 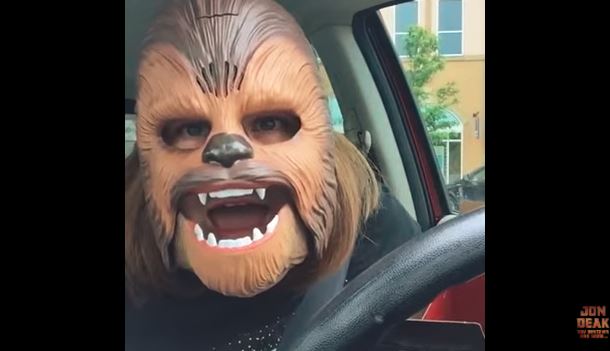 This lady thought the mask was really funny. | Jon Deak via Twitter

Anybody that remembers the viral video of the laughing woman in a Walmart parking lot knows this item. The Chewbacca mask is not just any kids mask, and has a movable chin piece. When you strap this bad boy to your head and move the mouth open and shut, Chewie makes his classic roaring sounds. Fun for the whole family! It may not be as hilarious as the lady in her minivan thought, but it’s still pretty cool.

Next: Fly in the Millennium Falcon. 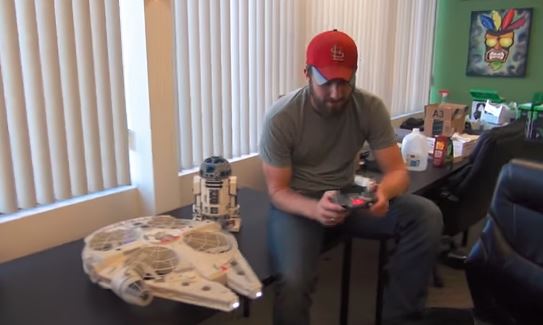 If you want a high-quality drone that you can fly miles away from your house and take pictures with, don’t get this Millennium Falcon drone. This is pretty much just novelty, but it does fly. It also looks like Han Solo’s ship, has a vertical takeoff just like the Falcon, and even can hover in one place. For the consumer that likes the idea but wishes they could fly it around the house, there is also a smaller version available.

Next: A book for families 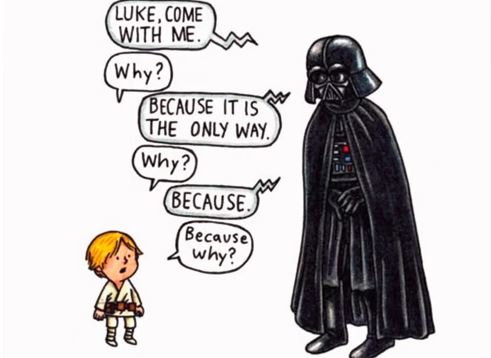 Darth Vader and Son is great for reading with kids. | TNS Channel on Twitter

If you have a small child that’s really into Star Wars and is learning to read, there are few options better than the Darth Vader and Son series by author Jeffrey Brown. They’re Star Wars books that are illustrated and written for children, with the idea being that Vader is a single-dad caring for his twins, Luke and Leia, while also trying to run the galaxy.

Each page is its own concept, with concepts like Leia having stuck a bunch of pink stickers to Vader’s helmet or Chewbacca having eaten all the pizza at a party. It’s relatable stuff for both kids and parents.

Next: An expensive table 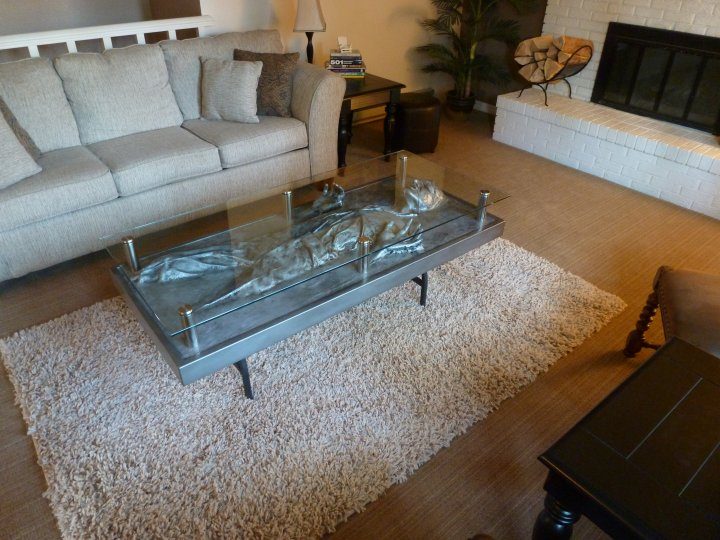 This one is for either the diehard Han Solo fan or just for someone with money to burn. It’s exactly what it sounds like; a coffee table shaped like our favorite scoundrel while he’s frozen in carbonite. But it doesn’t really do anything, other than sit in the middle of your living room and be a cool conversation starter. But that conversation will run you as much as $7,500.

Next: The coolest refrigerator in the galaxy 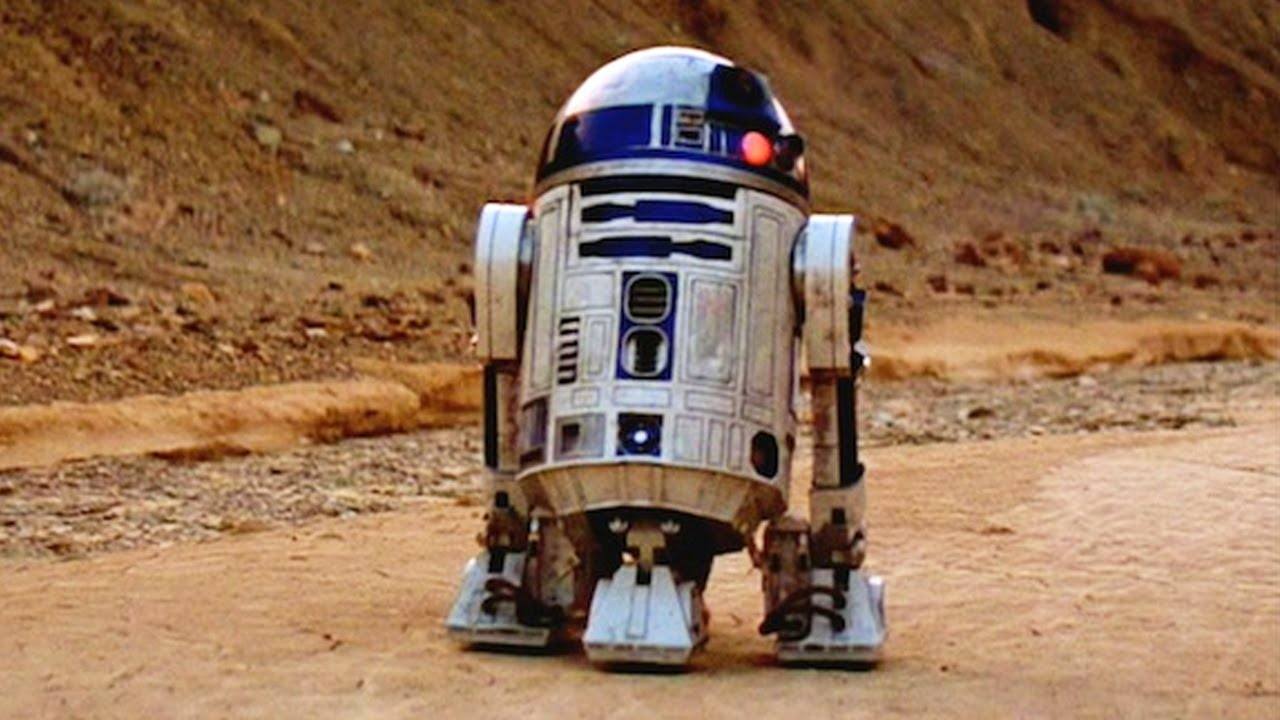 This one is another expensive item, but it does serve a practical purpose. It’s a life-size R2-D2, which is pretty cool on its own. But that’s not all. This R2-D2 is a refrigerator that opens up, and you can store your favorite beverage or some small snacks on the inside. Not only that, but R2 will actually deliver drinks to you. But again, you would have to have plenty of cash to spare or be a massive fan of Star Wars‘ most prominent droid, because this one can cost up to $8,000.

Next: The best lightsabers money can buy 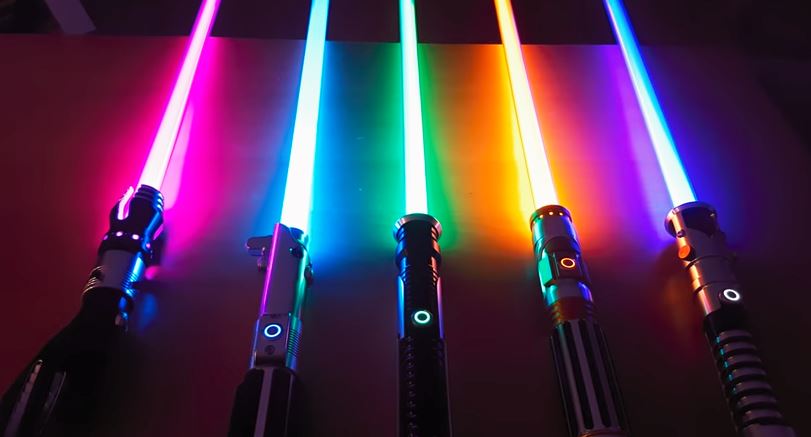 If you’ve been desperately searching for a real lightsaber, keep dreaming. That technology only exists in galaxies far, far away. But if you’re looking for a really cool-looking lightsaber that you can put on display in your home, Ultra Sabers is your absolute best option.

While they are on the expensive end for what many will view as a toy, the quality is exceptional. You can buy them straight from their website, and there are a variety of options – including building your own from scratch.