Corinne Olympios Says She Was Terrified During ‘Who Is America?’ Prank

Corinne Olympios on Who Is America? | Showtime

On last night’s episode of Showtime’s Who Is America?, Sacha Baron Cohen pranked Bachelor star Corinne Olympios, getting her to advocate for arming children with guns. Olympios is now speaking out about the experience of being duped by the comedian, saying it was terrifying and that she thought she was going to die.

While speaking with Vanity Fair, Olympios said that she was led to believe an Italian magazine wanted to give her an award. She was told she was going to be photographed for the front cover and asked a few routine questions during an interview.

What she didn’t know was that this was actually an elaborate setup for Sacha Baron Cohen’s new series, which was a secret at that time; while playing a variety of characters, Cohen attempts to get average people and celebrities to say outrageous things.

Olympios says that when she arrived for the photoshoot, she was surprised that the production crew took her phone and said that her manager couldn’t come with her to the interview. However, she was so excited that she went along with everything. When Cohen, in character, started asking Olympios ridiculous questions, she said she asked to speak to her manager, but no one got him. No one would give her her phone, either.

“My phone is nowhere to be found,” Olympios said. “I said, ‘What is going on?’ I pulled him aside. I tried to grab the cameraman and ask, ‘Is this O.K.? Is this O.K.?’ But none of them are answering me. They’re like, ‘We don’t speak English.’”

When Cohen took things further and asked her to take photos in front of a green screen so they could pretend she went to Africa, she was terrified and wanted her manager, but he wasn’t there, so she went along with it all the while thinking this was going to ruin her reputation. Eventually, Olympios says she completely freaked out.

Olympios adds that she was told she was not allowed to go outside. The Bachelor star elaborated in an interview with The Daily Beast, “I’m like, are you guys kidnapping me?” 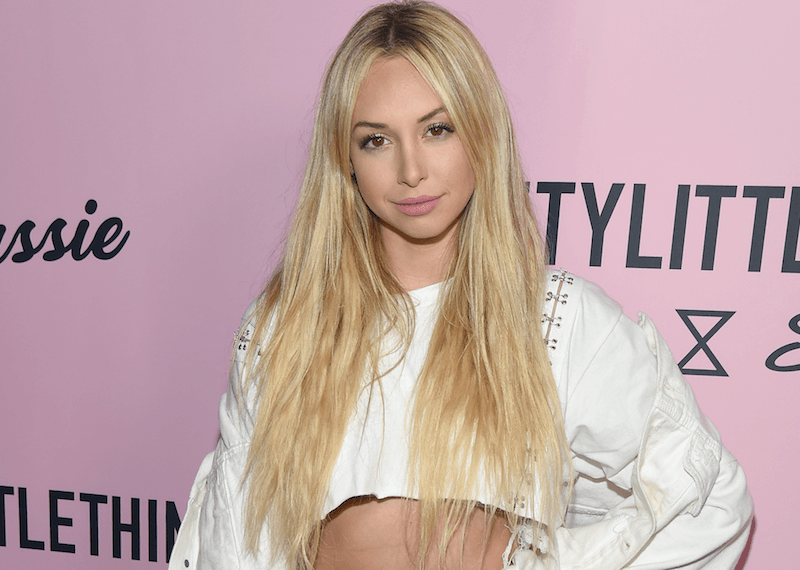 It’s at this point that Cohen and the crew convinced her to record a PSA about arming children with guns, which she said she did just so she could get out of the situation.

“I leave, only to find that they had sent my manager home hours ago—and they had my phone the whole time,” Olympios said. “I called my manager like, ‘How dare you leave me. That was f*cking insane. I thought I was going to die. It was the weirdest sh*t ever. I hate you. I feel like America’s going to hate me.’ I was hysterically crying for like three hours.”

In the episode itself, this context is not made clear; the fact that Olympios thought she was being presented with an award isn’t even a part of the show. Instead, within the reality of the episode, Cohen’s character is trying to get Olympios to endorse a charity, and it appears that she is going along with everything he’s asking her to say with only a little resistance. You can actually see her holding a trophy at the very beginning of her segment, though; that’s the fake trophy that she thought she had been brought there to receive.

Within the first two episodes of Showtime’s Who Is America?, Cohen has already duped Bernie Sanders, Ted Koppel, Dick Cheney, and others, as well as some less prominent politicians who are now receiving a lot of attention like Jason Spencer.

Although Cohen’s show has been receiving positive reviews, some have been critical of his methods. The Olympios segment, in particular, has received some pushback. For Vulture, writer Kathryn VanArendonk asks what the point of pranking Olympios was, writing, “Her confusion in the episode is so evident, it’s painful. Her appearance, her desperation to be on TV, and her complete bewilderment struck me as overwhelmingly sad.”