12 Costumes That Prove Heidi Klum Is the Queen of Halloween

Halloween is coming up, which means we’re going to see a lot of impressive celebrity costumes that we wish we could steal. Some of which were put together in order to attend the Queen of Halloween’s annual party. Of course we are referring to Heidi Klum, the judge on Project Runway and America’s Got Talent.

For the past 17 years, Heidi has thrown a Halloween bash, and each time she has gone all out in creating her costume. This includes prosthetics, professional makeup, and costumes worthy of being used in a movie. Her amazing costumes have actually led to her having some trouble.

“Sometimes, my costumes have almost been too successful,” she revealed to Ellen. “When I was a 95-year-old version of myself, I spent a lot of time getting the details right, down to the varicose veins and the eye lenses to make it look like I had cataracts. No one recognized me, and I almost had to tell everyone to let me into my own party!”

No one can really beat her at the Halloween costume game but herself. Still don’t believe that she rules the holiday? Here are 12 costumes that prove Heidi Klum is the Queen of Halloween. 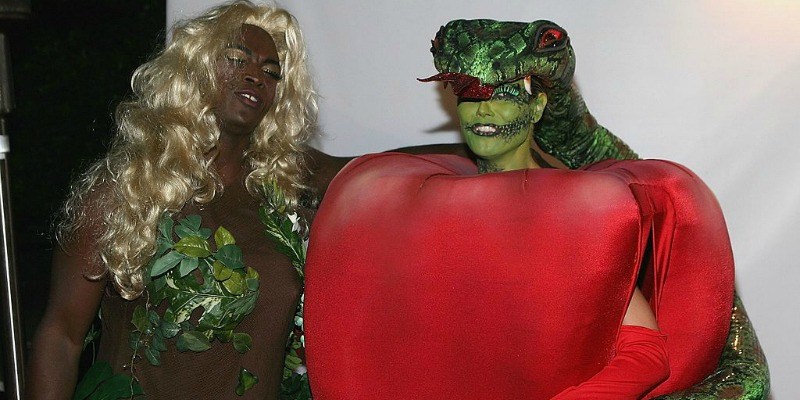 Although this is one of our favorite costumes she has done, the apple was really just the logical choice for the then-pregnant star.

“There have been some mishaps, too. One time I was a witch,” she said on The Ellen DeGeneres Show, “and I wanted to fly into the room. I had a harness on, but I got stuck up there for a little while. And when I was nine months pregnant, I wanted to make sure my belly was well-protected, so I dressed up as a big apple.” 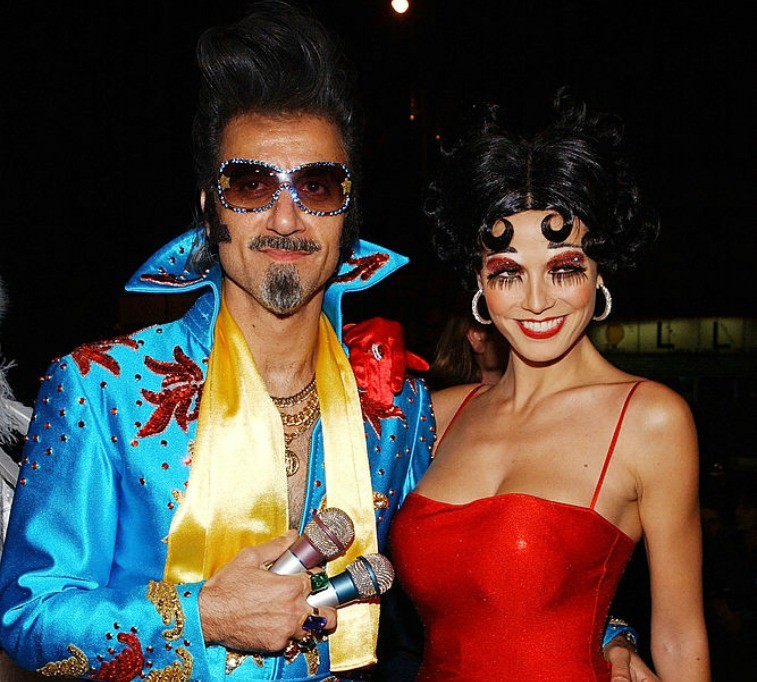 Many have tried to pull off the cartoon character. But once again, the model went above and beyond in 2002 by getting Betty’s signature curls and going dramatic with her eyelashes. 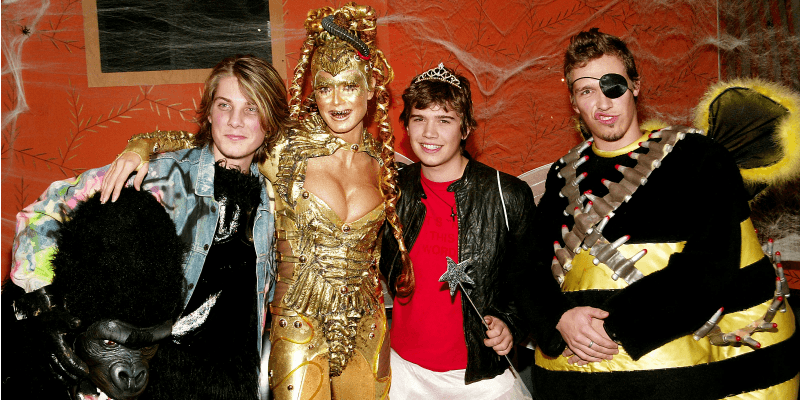 It’s not exactly clear what the model was going for with this costume in 2003. The tube on her head suggest that she might be a robot. Either way, the effort that it took to put that together definitely deserves some props. 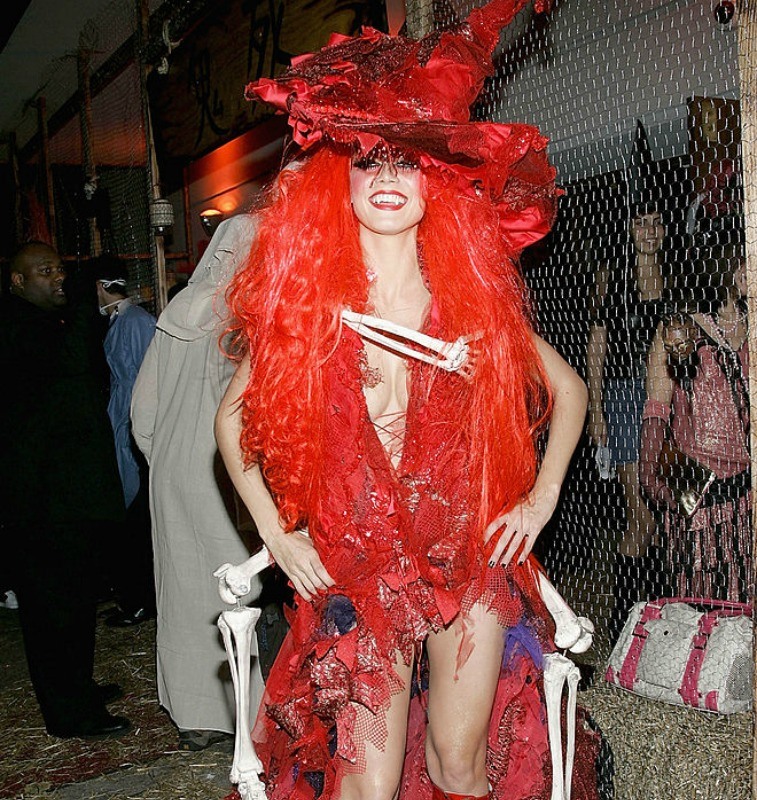 The model switched up the popular witch costume by going red, and including a skeleton to her costume back in 2004. The woman sure likes her props! 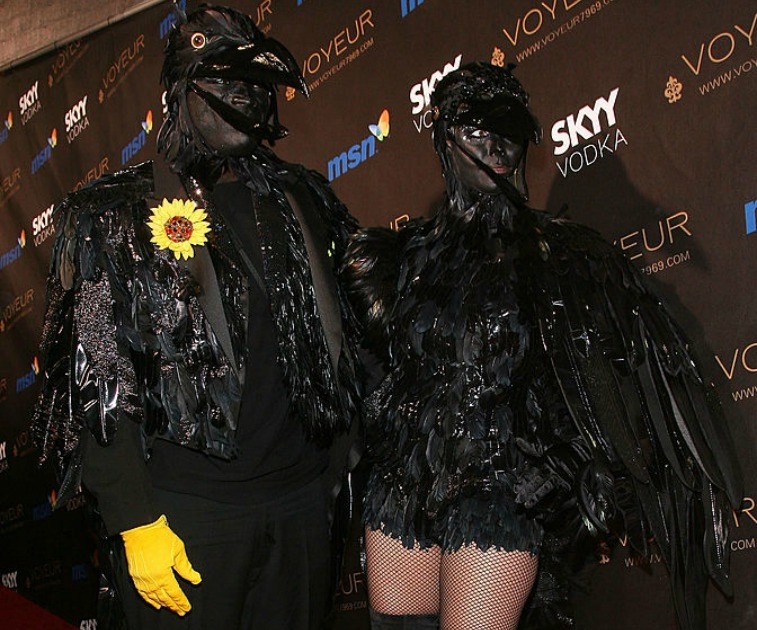 Seal came up with the original couple’s costume of dressing up like crows. Although they looked great, the plan backfired. “It was bad,” Heidi said according to Star Pulse. “My husband was driving and he could hardly see anything … When you have a beak on, you can’t talk to anyone, you can’t really drink. It’s not a good costume.” 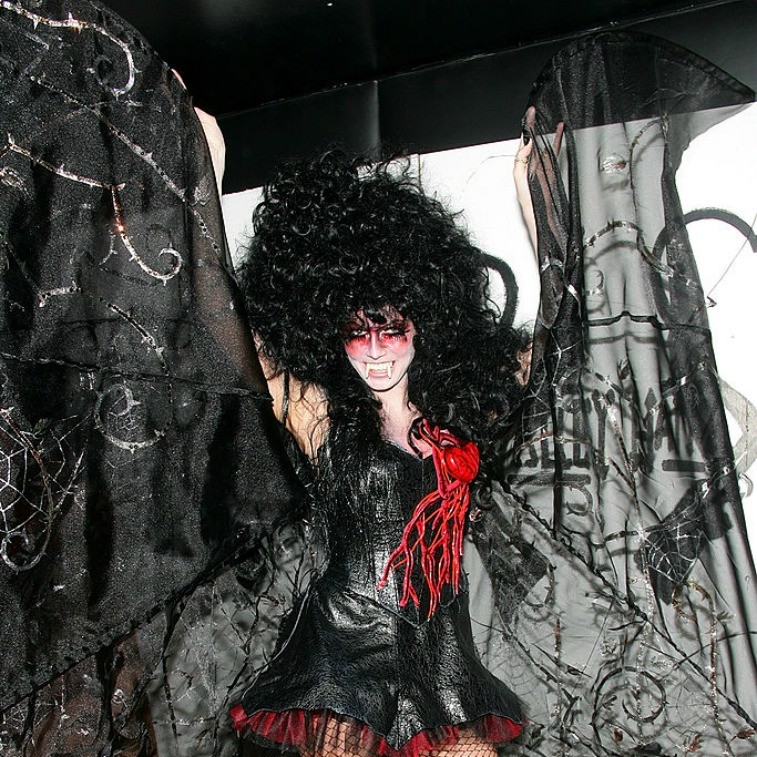 Many have gone down the road of being a vampire, but have they all tried rocking these awesome bat wings? Chances are the answer is no, which is why she is the vampire queen.

Her latest costume was actually relatively easy for her. She just dressed up in a body suit. However she got five models to be her clones through prosthetics for her party in 2016. They also had a dramatic entrance by standing in a wooden box that read “Made in Germany.”

The television host took on another iconic cartoon character. In 2015, she was Jessica Rabbit which took a lot of prosthetics in order to get the character’s facial features and body just right. Heidi also revealed her transformation on Instagram, which will blow you away. 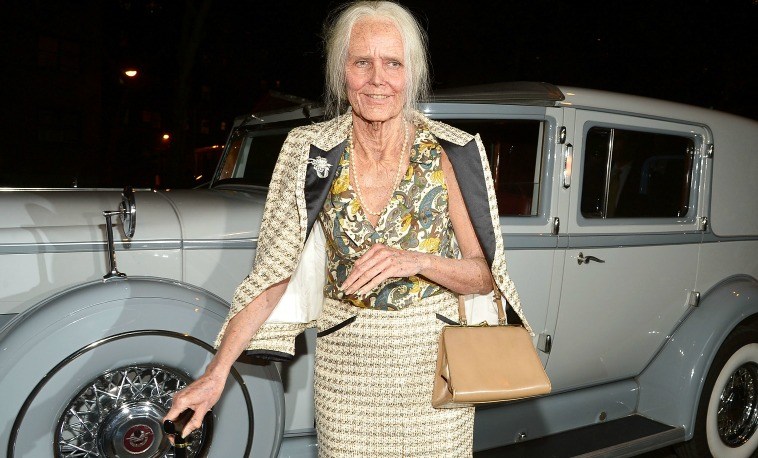 She might have risen to fame through an industry that pushes youth and beauty, but she went the opposite route for Halloween in 2013. This was the year she was almost thrown out of her own party because she was so unrecognizable. In order to get the look, she used an Oscar-winning makeup team. 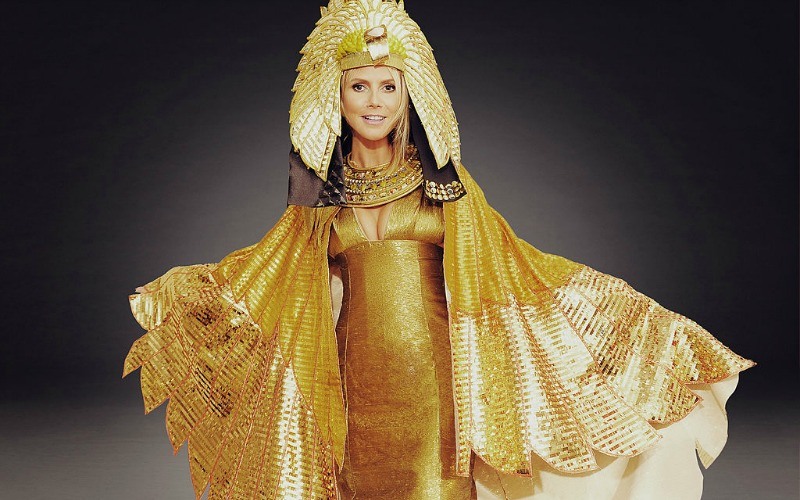 This was actually a sneak peek of her costume for Halloween 2012. It’s definitely a glamorous costume, which she only elevated on the day by having her entire face covered in crystals. 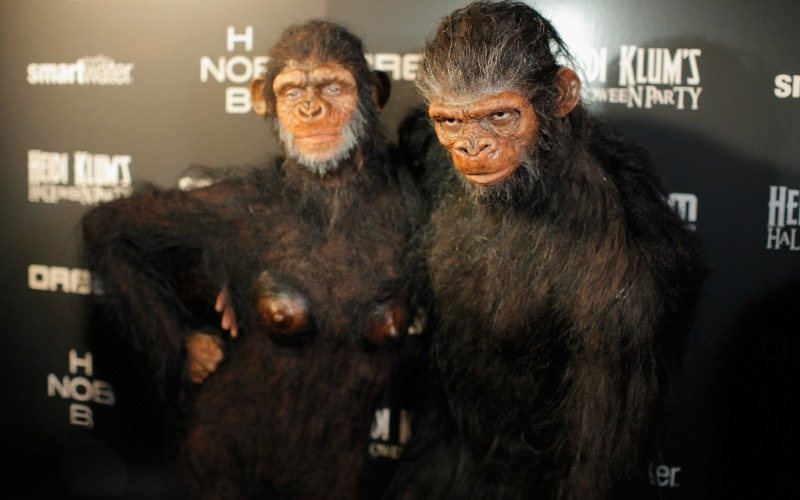 Once again Heidi and Seal went above and beyond in 2011. The two were unrecognizable as apes for Halloween. Their costumes are definitely worthy of being in the movie, Planet of the Apes. 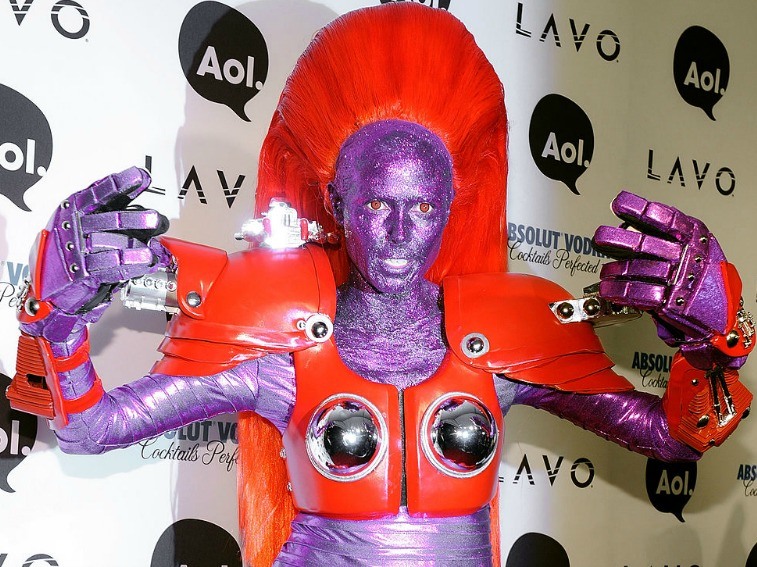 Once again, the blonde decided to get covered head-to-toe for a costume. This time she was a purple and red robot. As if the costume wasn’t enough, she also covered her face with glitter and rocked red contact lenses.