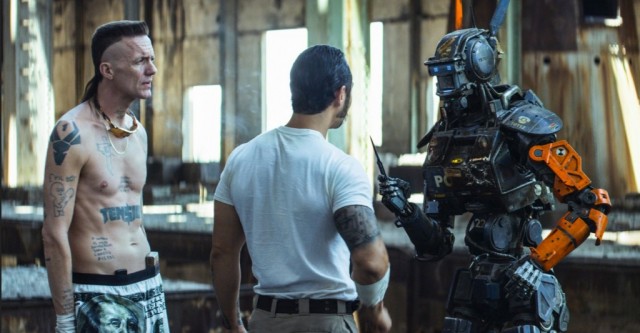 Science fiction director Neill Blomkamp just released his new movie Chappie, and has sci-fi fans thrilled as he’s been tapped to make the fifth Alien movie. But in a new interview with IGN, Blomkamp has given fans of his movies another project to get excited about. District 9 was Blomkamp’s first movie and has so far been his best-received. The sci-fi dystopia film put Blomkamp on the map as a visionary new director, and now Blomkamp has revealed that he has plans for a sequel called District 10.

Whether this will be a good move for the director’s career is debatable, though, as Chappie has been criticized for feeling too much like Blomkamp’s previous films. It’s a widely known fact that sequels perform well in Hollywood, and given how well District 9 did with critics and at the box office, it seems like a sequel should be a win-win for the director. District 9 has a 90% rating on Rotten Tomatoes and critics hailed the film as a new science fiction classic. It also grossed over $200 million worldwide on a budget of $30 million, according to Box Office Mojo, making the film an all-around huge success. However, some have said his sci-fi dystopia set in South Africa schtick is wearing a bit thin, and if Blomkamp wants to prove his originality, he needs to break outside the box.

According to what the director told IGN, it seems he has the right idea. Even though District 10 will ostensibly be a sequel to District 9, he said that his first three movies fall into a sort of trilogy that would end with Chappie. The Alien film and District 10 will not be a part of that trilogy, and he plans to explore different themes in his next films. District 10 won’t even take place in Blomkamp’s home of South Africa, which has become his sort of signature setting.

“I have an idea for District 10, which is really cool,” Blomkamp revealed to IGN. “The problem is I feel like Chappie is the end of three films that have a similar stylistic approach to them. Chappie is the odd one out in that is has no socio-political underpinnings. It doesn’t have my experiences as a kid in South Africa incorporated into it. And Elysium — although it doesn’t have my experiences as a kid in South Africa, it has the same notion of oppressor in the elites, and the large population base beneath it. And Chappie doesn’t, but they are still part of a trilogy. So moving forward I would love to realise this idea of District 10 — I have every intention to do it, I just need to find the right time to do it — to not go back to Johannesburg and shoot something similar, yet.”

Not repeating himself would be a smart move for Blomkamp. After District 9, the next two films in his trilogy, Elysium and Chappie, did not receive the same level of acclaim. In fact, Chappie has been a bit of a flop both with critics and at the box office. It has a 29% rating on Rotten Tomatoes, with critics saying the storytelling isn’t there to back up the stunning visuals. The Wrap said, “special effects can’t make up for the lack of story and auto-recycling. … It’s also easy to recognize that Blomkamp’s films, each set in near-future riffs on our own society, now represent a groove that is stuck in a rut.” The film only made $13.3 million during its opening weekend according to Box Office Mojo.

This doesn’t seem to be a good sign for the director’s upcoming efforts. He’ll certainly need to step outside his comfort zone for the Alien sequel in order to revive the classic sci-fi franchise, and maybe that project will leave him creatively invigorated enough to make a District 9 sequel that matches the original’s quality while also exploring different themes and settings than he’s used in his first three movies.

Blomkamp said that despite its cliffhanger ending, he saw District 9 as an independent entity until recently. “It was a completely self-contained story about the Nazi becoming the Holocaust victim, basically. It was the oppressor becoming the oppressed. And when it’s based on a character like that, it ends on that character,” Blomkamp said to IGN. “The inadvertent world creation that came with it, which to me is my perfect kind of thing that I love — having a bunch of weird alien weapons in the back of a shack that you can discover — that’s just ripe for creative insanity, so it took a few years to process what that could be. And I think that the story that I have now is what I would want to see as a fan of the first film, I think. I know I would want to see it — I assume other people would. It’s good man!”

For now we’ll just have to take Blomkamp’s word on it, as the fifth Alien movie will be taking up his time for the foreseeable future. After that, District 10 may see Blomkamp creating his own classic science fiction franchise, if he can move past the flop of Chappie.