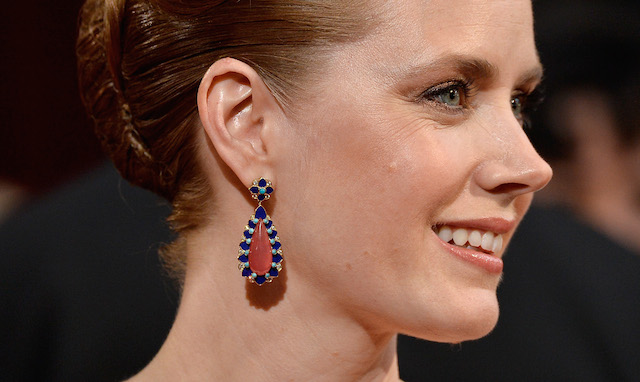 Amy Adams has been trying to get a biopic about the iconic ’60s blues singer Janis Joplin off the ground for four years, with herself playing Joplin and singing her classic songs. Now the film finally seems to be moving forward, as Adams is officially attached and Wild director Jean-Marc Vallee has signed on to direct, according to Deadline. The working title for the movie is Get It While You Can and shooting is looking to begin next year.

Vallee is one of the most sought-after directors of the moment, coming off directing Matthew McConaughey and Jared Leto into Oscar wins for Dallas Buyers Club and gaining much praise for coaching Reese Witherspoon through Wild. That adaptation of Cheryl Strayed’s memoir about hiking the Pacific Crest trail in order to cope with her unraveling personal life is already picking up awards buzz after playing on the festival circuit.

Vallee is considered to be a great performer’s director, so Adams would be in good hands while tackling some tough material. Joplin’s life story displays her struggles with alcohol and drugs, as well as her meteoric rise to fame in the counterculture of the 1960s. Given that she’s such a well-known and beloved figure, Adams will be under a lot of pressure to do Joplin justice.

That’s not even mentioning the fact that Adams plans on singing Joplin’s songs. Joplin has one of the most recognizable voices in rock and roll history. While Adams has training in musical theater and sang in the musical Enchanted, that type of singing is a whole different ballgame from tackling Joplin’s gravely, impassioned, bluesy delivery. Vallee is also known for his strong use of music in his films, which will be another big advantage here.

The movie could make Adams an awards contender yet again. The actress has been an Academy favorite for some time, having been nominated for five Oscars, though she hasn’t yet taken home the trophy. Adams has been nominated for American Hustle, The Master, The Fighter, Doubt, and Junebug, and has been in a plethora of other award-winning movies. It’s believed that the Tim Burton movie Big Eyes will result in her sixth nomination this year.

Biopics about tortured musicians tend to fare well at the Academy Awards. Jamie Foxx’s portrayal of Ray Charles in Ray and Joaquin Phoenix’s of Johnny Cash in Walk the Line resulted in a win and a nomination, respectively, for those actors, while Witherspoon’s role as Cash’s wife and fellow musician June Carter won her Oscar gold.

If playing kitschy artist Margaret Keane in Big Eyes doesn’t end up getting Adams her first Oscar, under Vallee’s direction, Get It While You Can could do the job and be the next big rock star biopic to sweep the Academy Awards.