Could We Be Seeing a ‘Men in Black’/’21 Jump Street’ Crossover? 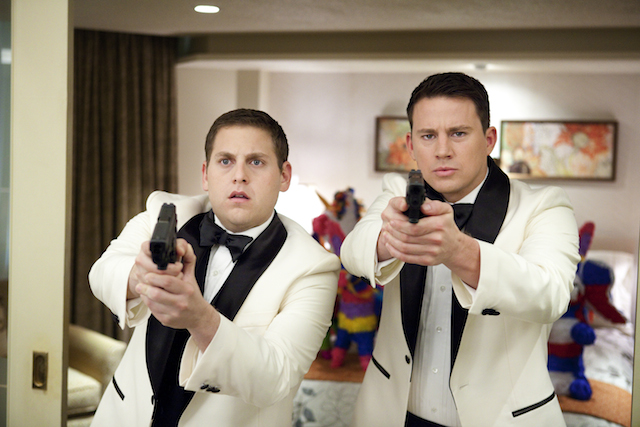 Crossovers have been a long standing tradition in film and TV. Typically they’re more for fans than anything, oftentimes, answering questions about how one iconic character would interact with another. It’s a tradition that even harkens back to the days of classic cartoons; in 1987, The Jetsons mashed up with The Flintstones in the ultimate worlds colliding TV movie. More recently in the live action universe, superheroes clashed with the CW’s Flash and Arrow combining forces for a two episode special last year. But the most recent rumor concerning a crossover universe may very well be the craziest one yet: Men in Black and 21 Jump Street.

Before we continue, it’s worth noting that such a rumor is very much in the conceptual stages. That being so, it represents one of the crazier proposed crossover universes out there. With Men in Black we have Will Smith and Tommy Lee Jones belonging to a secret organization that battles against alien invaders, while 21 Jump Street is… well, not even close to anything resembling that. The latter of the two movies, while incredibly funny and well-made, is very much not science-fiction, instead staying firmly rooted in reality.

The proposal itself stems from a few places. After the hack of Sony, an email from Jonah Hill was leaked describing the idea as “clean and rad and powerful.” After some inquiries on the Golden Globes Red Carpet made by MTV reporters, we finally got a little more information. 21 Jump Street co-director Phil Lord noted that while while “nothing’s changed, it’s still a crazy idea, and we only do things that seem like they’re going to be terrible.”

His directing counterpart Chris Miller went on to cryptically claim that “we’re developing a lot of things, you know. And they may or may not all happen, but that’s how the business works.” Nothing of this amounts to anything more than a simple “what if,” but it’s definitely not a “no.” Which brings us right back around to wondering: What in the name of all that’s holy would such a crossover even look like? Would Will Smith and Tommy Lee Jones be up for reprising roles they haven’t filled in almost three years? Would such a crossover even make any sense?

While it’s easy enough to imagine the comedic tone brought by Channing Tatum and Jonah Hill blending well with that of MiB, it’d still make for an odd combination given the complete lack of similarities between the basic stories of both franchises. Aliens aren’t exactly an established commodity in a story based namely around fighting regular old criminals down here on planet Earth. It’s definitely a story that would take a whole lot of maneuvering to make even slightly plausible, with neither plot possessing many (if any) elements that appear in their respective counterpart.

The simple truth to all this is of course that nothing concrete has been decided, as this is very much in the idea stage. It’s very much an idea that would take a ton of effort to ensure it’s not completely ridiculous, and could end up being either patently terrible, or a work of comedic sci-fi genius. For anything that would probably be called 21 Men in Black, there’s a fine line between success and failure.