Country Music Sexes It Up and Takes the Mainstream Charts 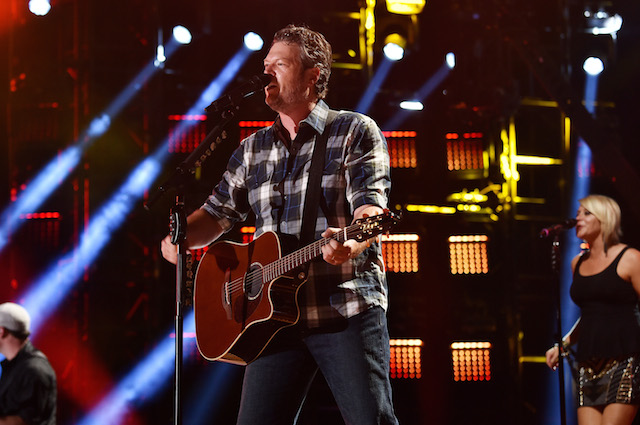 Country music is having a great week as albums from Blake Shelton and Lady Antebellum have debuted in the No. 1 and No. 2 spots, respectively, on the Billboard 200 album charts. Country is seeing increased interest due to some controversial rebranding the genre has undergone in recent months to sex up its image, which has the stigma of being family-friendly even though the music itself has really been anything but since the 1950s.

Bringing Back the Sunshine is the second No. 1 for Shelton, who also topped the charts back in 2011 with Red River Blue. Lady Antebellum’s fifth album, 747, has debuted just behind Shelton’s. According to Billboard, this is the first time in almost four years that the top two spots have been occupied by country records. The last time this happened was in November of 2010 with Taylor Swift’s Speak Now and Jason Aldean’s My Kinda Party at No. 1 and No. 2, respectively. Kenny Chesney’s new album The Big Revival fell from No. 2 to No. 6, but still made for three country records in the top ten. Earlier this summer, Shelton’s wife country singer Miranda Lambert scored her own No. 1 with her new record Platinum.

In the past, country music has attempted to brand itself as a more family-friendly genre than pop music. Despite a long history of actually being quite edgy — from Hank William Sr.’s pre-rock star live fast, die young persona, to Johnny Cash’s public meltdown on the Grand Ole Opry, to Conway Twitty’s racier songs like “I Love to Lay You Down” or “You’ve Never Been This Far Before” — country music can be as sexy and dangerous as any other music genre.

As The Washington Post writer Emily Yahr lays out in a great article on the role of sex in country music, the conservative 1980s changed that, and through the ’80s and ’90s an older female demographic was the one the Nashville establishment was shooting for. Even just a couple years ago, Lady Antebellum’s song “Lookin’ For a Good Time” got a radio edit for the lyric “Would you get the wrong impression if I called us a cab right now?” because that implied taking someone home. The action was changed to the much more innocuous asking someone to dance. Antebellum is no stranger to writing frank songs about sex, having scored a massive hit with the ballad about a booty-call: “Need You Now.”

Nashville’s desire to win back a male and a mainstream audience has made for sexier songs being pushed through to radio. Most recently, singles from Jason Aldean and the duo Florida Georgia Line have had some of the most explicit sexual references the genre has seen, and they’re rocketing up the charts in return for talking about doing it on the sink and being naked in bed with a hot chick. Whoever called for “Lookin’ For a Good Time” to be censored might have a heart attack if they heard either of the aforementioned singles.

Aldean is sitting at No. 19 on the Hot 100 with “Burnin’ It Down” and Florida Georgia Line’s “Sun Daze” debuted at No. 83 on the Hot 100 this week, poised to rise a lot higher as the song gets more airplay. The first single from Shelton’s album, “Neon Light,” features the song’s narrator looking to lose his sorrows in “That blonde, blonde, blonde / At the bar, bar, bar” and is sitting at No. 49.

As record sales across the industry continue to dwindle, country will likely continue to court mainstream success rather than sticking with a more traditional fan base — and that’s going to mean racier country songs.