The internet has been begging for the return of Crash Bandicoot for what seems like ages now, and it’s finally happening: Crash is back. While many longtime fans may have wanted a brand new Crash Bandicoot game, that’s not what we’re getting. Instead, we’re getting a remastered compilation for PlayStation 4 as well as some PS4-exclusive Crash content in Skylanders Imaginators. That’s definitely a step in the right direction, but an original Crash Bandicoot game would be even better — and it just might happen if the upcoming Crash games are successful.

The remastered compilation will contain Crash Bandicoot, Crash Bandicoot 2: Cortex Strikes Back, and Crash Bandicoot: Warped, all of which originally appeared between 1996 and 1998 on the original PlayStation. They were developed by Naughty Dog, a company you may know better for its work on Jak and Daxter, Uncharted, and The Last of Us. Sony didn’t show any footage of the remastered trilogy, but promised it would arrive sometime in 2017. In the meantime, you can see what Crash looks like in Skylanders in the video above. Not too shabby.

The reason this Crash revival is happening so late in the game is probably because Sony no longer controls the rights to the character. Although the orange marsupial was once the mascot of the PS One, Activision now owns the IP. Since Activision is the publisher behind Skylanders, it only makes sense that the character would appear in Skylanders Imaginators, which launches in October.

If you’re a die-hard Bandicoot fan, the best way you can help make a full-blown new Crash game happen is by buying the remaster and the Crash Bandicoot Skylanders game and action figure. It might put a dent in your discretionary spending budget, but it will send a signal to Activision that this is an IP worth investing in with new games. 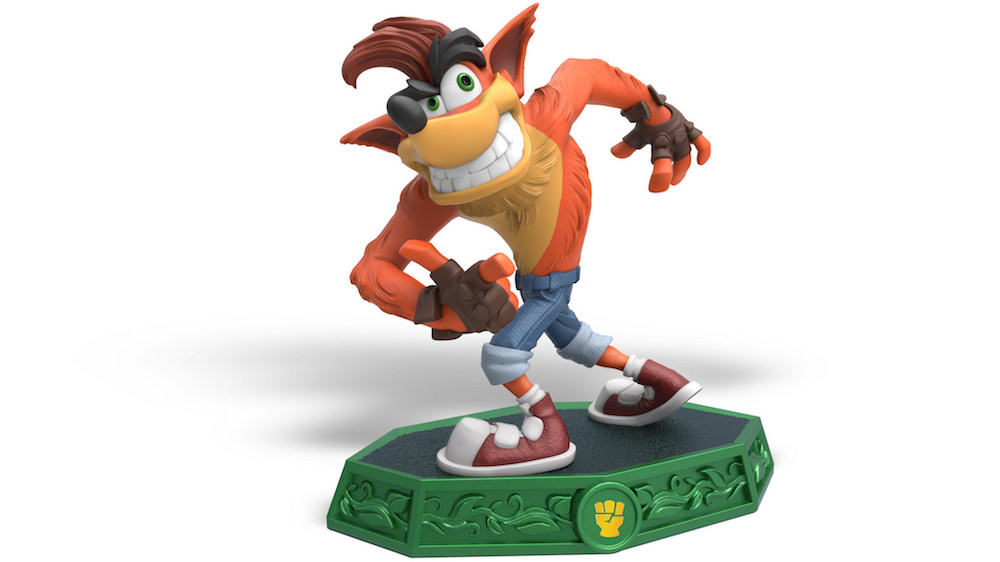 It also helps that we seem to be entering a new era of nostalgia for the 3D platformers of the late ’90s and early 2000s. We’ve had a recent resurrection of Sly Cooper, an excellent Ratchet & Clank reboot, the Oculus VR title Lucky’s Tale, and the upcoming game Banjo-Kazooie-like game Yooka-Laylee. If ever there was a time this decade when 3D platformers were seeing a resurgence, it’s right now.

If you’re itching to get your hands on the games collected in the remastered collection, you can buy all three digitally on the PlayStation Store. The only hitch is that digital PS One games aren’t compatible with PS4, so you’ll need a PS3 to play them. One other option would be to play Uncharted 4, which features a memorable cameo from our furry friend.

Once the Crash remastered collection comes out, if it is a success, it would prove to Activision that green-lighting a new Crash game is a sound business decision. So let’s hope that the upcoming Crash Bandicoot remaster collection is made with care, and that Activision decides to keep the good time cyclone spinning along.