Critics: Every Movie That Came Out This Weekend Was Terrible 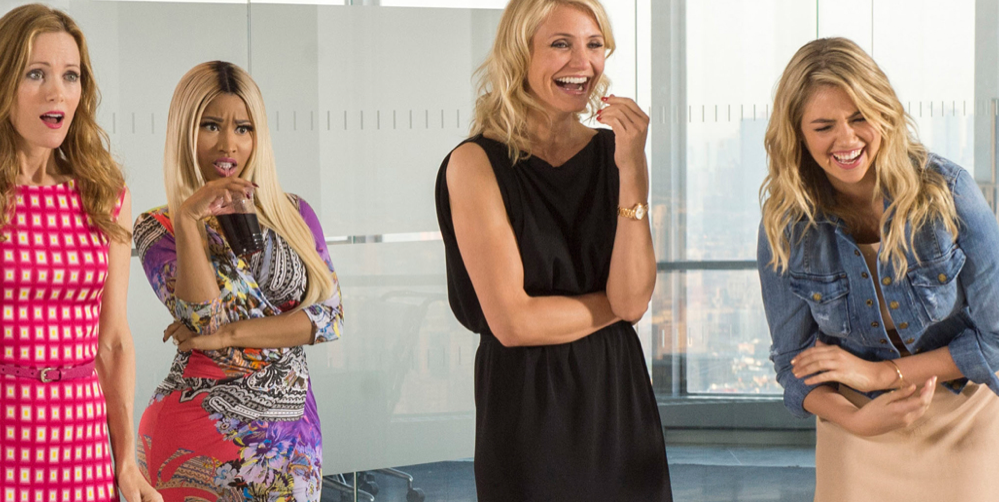 Last weekend was a sad time at movie theaters for anyone looking to see a critically acclaimed new release, as the three biggest premieres of the weekend were all widely panned by critics.

The Other Woman — starring Cameron Diaz, Leslie Mann, and supermodel Kate Upton — snagged the top spot at the box office from Captain America: The Winter Soldier over the weekend, making $24.7 million, according to figures from Box Office Mojo. The film’s mostly female target audience was apparently not bothered by the title’s poor reviews, which have landed it a paltry 26 percent fresh rating among reviews aggregated by Rotten Tomatoes. Viewers weren’t quite so discriminating, as the movie has a 69 percent among ratings from 23,180 users on Rotten Tomatoes.

The Other Woman stars Diaz as a woman who finds out that her boyfriend is not only cheating on her but is actually married to another woman. The wife is played by Mann, who befriends Diaz’s character instead of fighting with her. Together with another mistress — played by the busty Upton, putting her best assets to work — the women plan revenge on the cheating guy. The film is on the surface a feminist revenge flick that sees women you’d think would be bitter enemies coming together through the magic of female friendship to get back at the guy who truly deserves their wrath, rather than fighting each other.

Critics were not kind to the movie. “It’s only mid-spring, but I’m making an early reservation for The Other Woman to appear on my list of the worst films of 2014,” said critic Richard Roeper in his scathing review of the movie. Of Upton’s performance, he said, “She makes Brooklyn Decker seem like Dame Judi Dench by comparison.” He ends his review by saying, “nobody escapes this mess with a shred of dignity.” Ouch.

The other big films that opened over the weekend didn’t fare much better. The late Paul Walker starred in Brick Mansions, an action flick set in a dystopian-future Detroit where criminals hide out in abandoned mansions. Walker plays an undercover cop fighting against the corruption. The actors’ performances and the almost non-existent plot were lambasted by critics, who have given the movie a 28 percent fresh rating on Rotten Tomatoes. Unlike The Other Woman, Brick Mansions didn’t fare much better with audiences, getting a 57 percent fresh rating from Rotten Tomatoes users.

“Almost no one in this film is allowed to play to their strengths,” said Village Voice critic Chris Klimek, who also said that Brick Mansions falls far short of the French film from which it was remade, District B13. The original movie did a much better job of showing off the parkour stunt work and didn’t contain such poorly written dialogue, Klimek said. Overall, Klimek writes that Brick Mansions “exists only because American audiences will not turn out for any movie, even a kickass action thriller like B13, that talks French.”

The final big movie debut of the weekend was the horror flick The Quiet Ones, which was inspired by supposedly true events in which a professor and his research team in England run weird experiments on a young girl with some big secrets. That movie got poor reviews and audience reception, with both sitting at 38 percent on Rotten Tomatoes. Critics said that the movie relies more on loud sound effects rather than the actual story to get the audience to jump.

“Mostly, though, it’s a junky, unscary genre piece with a misleading title, because director and co-writer John Pogue jacks up the decibels so often to manufacture frights that you fear a punctured eardrum more than anything else,” said Los Angeles Times critic Robert Abele. “It’s a dull, hokey washout. Is anyone scared anymore by a sunken-eyed girl in a nightdress with a doll?”

Not everything that debuted this weekend was terrible if — and this is a big “if” — you are one of the lucky people who live near one of the four theaters in which Steven Knight’s Locke premiered. Locke is basically a one-man show, starring Tom Hardy as the titular character in a performance that has garnered rave reviews. Ivan Locke must drive the 85 minutes from Birmingham to London in order to be present for the birth of a baby that a woman he had a one-stand with is giving birth to, all after receiving a big job as a construction manager. The movie films him making the drive in real time.

“It’s a powerhouse of claustrophobic suspense and fierce emotion, mostly because Tom Hardy, best known as Bane in The Dark Knight Rises, is a blazing wonder as Locke,” wrote Rolling Stone critic Peter Travers. Locke currently has a 90 percent fresh rating among critics on Rotten Tomatoes. That movie didn’t perform well at the box office, given the tiny amount of theaters in which it opened, but if it comes to a city near you in the coming weeks, it’s a good bet for a night at the movies that won’t make you cringe.