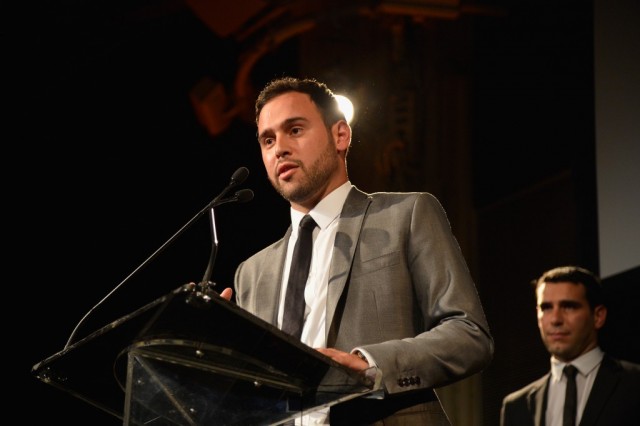 The CW is the latest to jump on the music drama bandwagon. The network is reportedly teaming with producer Scooter Braun and Tony nominee Todd Graff to develop their own series centering on the inner workings of the music industry.

According to The Hollywood Reporter (THR), the CW handed out a script commitment to the still-untitled project, which is described as focusing on “the ever-evolving world of music, entertainment and social media.” The show follows the rise of Gary Graham, a talented and ambitious young manager who is looking to shake up the industry using the advantages of social media, which turns people into overnight sensations and constantly tests relationships and careers. Graham must figure out how to stay true to himself while also outmaneuvering the roadblocks put in place by clients, lovers, and colleagues.

The CW is only one of several networks, including HBO, Showtime and Fox, to recently push a music-themed TV show. But though the channel has been making an effort to expand its audience in recent years, it’s clear their take on this genre will have a particularly teen-friendly twist. Braun, who will executive produce the show via his SB Films unit, is the well-known manager of Justin Bieber, Ariana Grande, Psy and Carly Rae Jepsen, among others. That factor alone may draw at least a portion of each of those artists’ sizable, younger fan bases, but especially when combined with the fact that the show is reportedly featuring original songs and cameos from “some of pop culture’s biggest names.” The promise of appearances from big stars — and particularly the possibility of Braun drawing from his own slate of artists for these cameos — will also likely appeal to young viewers.

The untitled CW series is only the latest of a slew of recent small-screen projects to delve into the world of the music industry. Fox is launching hip-hop drama Empire, starring Terrence Howard as an ill record label exec looking to pass on his legacy, in January. Meanwhile, ABC is currently midway through its third season of the country music drama Nashville, which is set to return from its winter hiatus in March.

The genre is once again picking up steam on premium cable networks as well. HBO currently has two music-themed shows in development: A still-untitled series from Boardwalk Empire creators Martin Scorsese and Terence Winter, which will reportedly take place in 1970s New York and star Bobby Cannavale, Ray Romano, Olivia Wilde, and Living in Video, a still-developing show from director David Fincher that will examine the burgeoning music video industry in 1983 Los Angeles. Showtime is also prepping Roadies, a rock-and-roll-themed series helmed by Cameron Crowe and starring Christina Hendricks and Luke Wilson.

If the untitled music drama does eventually go to series at the CW, it will mark Braun’s second venture as a producer on a scripted television project. His first was CBS’ freshman show Scorpion, which stars Elyes Gabel, Katherine McPhee, and Robert Patrick, and has already been picked up for a full series.