How CW’s Superman Ended Up Being the Best One Yet

Superman on Season 2 of Supergirl | The CW

Superman has long been the flagship superhero for DC. Created all the way back in 1938 by Jerry Siegel and Joe Shuster, his name has become synonymous with the DC brand, going through a series of iterations over the years, both in comics and on-screen. He’s been played by everyone from Christopher Reeves to Brandon Routh, with Henry Cavill taking on the role for DC’s Expanded Movie-Verse. It’s over on The CW though, where we’re seeing the quintessential depiction of the Man of Steel.

Supergirl‘s Season 2 premiere was a joy to watch for a whole bunch of reasons. The gleeful yet mature approach to its titular lead has given us a surprisingly strong standalone series within The CW’s own comic book universe. Calista Flockhart continues to be the best addition to a superhero show this side of Tom Cavanagh circa The Flash Season 1. But beyond all that, it’s 29-year-old Tyler Hoechlin’s recent appearance as Superman that’s really had us buzzing.

Hoechlin’s version of the iconic hero runs in direct contrast to the DC movie version played by Cavill. He’s bright, happy, charming, and above all else, he actually smiles from time to time. The iteration we see in Man of Steel and Batman v Superman: Dawn of Justice falls more into the grim, benevolent God category. We see Superman pausing between snapping the necks of his enemies to stare blankly off into the distance. Superman isn’t supposed to be a depressed demigod; he’s meant to be a symbol of hope and happiness, and that’s exactly the tone that Hoechlin embodies on Supergirl.

Looking back at the most successful versions of the Man of Steel, it’s not hard to see what works best. Brandon Routh’s brief run in Superman Returns was marred by a contemplative, joyless Messiah narrative, making it that much more disappointing when DC took the same tact dressed up in darker colors with Zack Snyder’s version seven years later. In comparison, Christopher Reeve made a career out of playing the best Superman we’ve ever had, never afraid to balance the cheesier aspects of the source material with a charismatic, powerful appeal.

This brings us back around to Supergirl. The basic story of the Season 2 premiere brings Superman to National City to visit his fellow Kryptonian cousin, Kara Danvers. While there, he lends a helping hand in thwarting the plans of a dangerous assassin, saving the passengers of a crashing space shuttle, and preventing a skyscraper from collapsing following an explosion. It’s what Superman does in between the margins though that’s truly telling.

His interactions with Supergirl and company give us the ideal balance of power and charm. He resents the DEO (Kara’s government agency employer) for keeping stores Kryptonite on hand, but is fiercely loyal to his family and loved ones. After shielding a family from machine-gun fire, he flies back into the fray with a wink and a smile. In all, there’s a veritable warmness to his performance that simply doesn’t exist in Man of Steel or Batman v Superman, and seeing the comparison right there in front of us points a big fat neon sign toward that distinction. 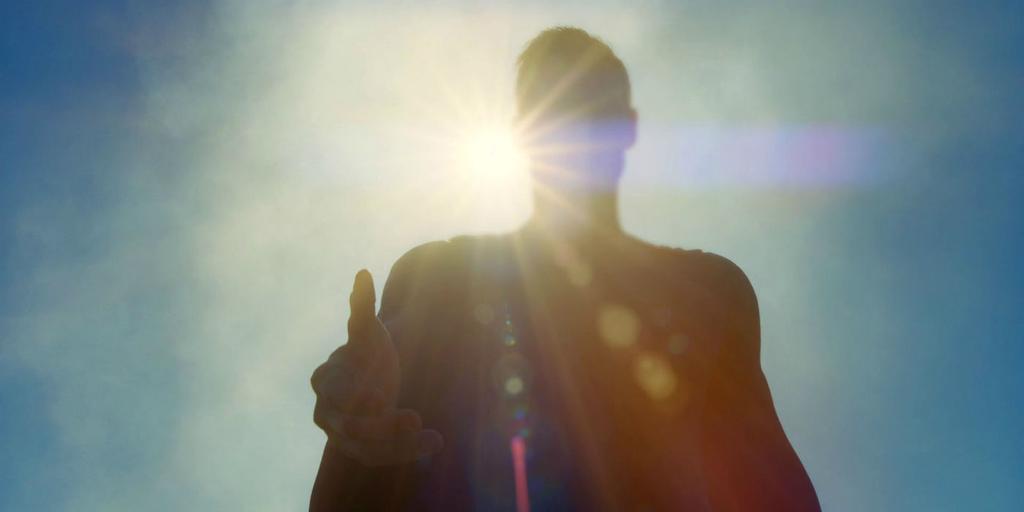 Superman on Season 1 of Supergirl | The CW

It’s worth noting that the Superman we get in Supergirl is almost a fully formed version of the hero. He’s been in the hero game for the better part of his adult life, he’s already sent Lex Luthor to jail, and he’s a fount of wisdom for Kara, who herself is still trying to get a handle on things. Even so, the Batman v Superman version also spent his adult life as a nomad wandering the Earth, only surfacing as a hero sometime in his early 30s. Superman straight up doesn’t want to be a hero in DC’s movies, while on The CW, he revels in it. That right there is the key difference.

Looking back on the original comic version of the Man of Steel, it’s not hard to see that Hoechlin is channeling the traditional appeal of the hero. Superman is at his best when he’s balancing his life as mild-mannered Clark Kent with his role as Metropolis’s protector, and we see that in spades on Supergirl. More than even that, it’s about instilling a sense of optimism. As Hoechlin notes in an interview with The Daily Beast, “I really enjoyed just going back to that idea of being this guy who is aware of all the evil that’s in the world but still chooses to see the good in everyone and deal with the bad when it comes up.”

We still have plenty of miles to go for Superman in both DC’s movies and on Supergirl. For now though, it’s abundantly clear where we’re getting the best possible version of the character, and honestly, it’s not all that close. We’ll see if anything changes by the time Justice League hits theaters next year, but it’s tough to see even that bringing the Man of Steel around to a less Zack Snyder-y persona. In the meantime, we’ll just sit back and enjoy Superman the way he was always meant to be portrayed, courtesy of The CW.