Damian Lewis Jumps From ‘Homeland’ to Wall Street in ‘Billions’ 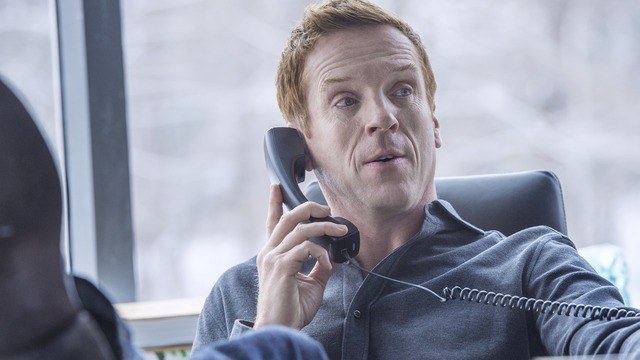 Damian Lewis is going from Homeland to Wall Street. After a short break, the actor is returning to Showtime – this time, as the lead in the new financial drama Billions. Per The Hollywood Reporter, the network has just picked up the pilot, also co-starring Paul Giamatti, to series with a 12-episode season order.

Maggie Siff, Malin Akerman, Toby Leonard Moore, David Costabile, and Condola Rashad will round out the show’s ensemble cast. Neil Burger (The Illusionist, Divergent) directed the pilot and will also act as an executive producer. Koppelman and Levien will serve as showrunners.

“The dynamic star pairing of Paul Giamatti and Damian Lewis is matched by an equally exciting team in the writing of this show,” Showtime Networks president David Nevins said in a statement Tuesday, per THR. “With this caliber of writing and acting, I think the show’s authenticity and insider look will have great appeal to a discerning audience.”

The role brings Lewis back to network following his stint as Nicholas Brody on Homeland. The character, for which Lewis won an Emmy for in 2012, was originally only supposed to appear early on in the series, but ended up sticking around for three seasons. The actor also returned to television earlier this year, starring in BBC Two’s six-part adaptation of Hilary Mantel’s novel, Wolf Hall.

In addition to bringing Lewis back to Showtime, Billions will also reteam Giamatti with journalist Sorkin, who chronicled the most recent financial crisis in the essay Too Big to Fail. Giamatti previously starred as Federal Reserve chairman Ben Bernanke in HBO’s 2011 critically acclaimed film adaptation of the essay. The portrayal earned the actor the SAG award for Outstanding Performance by a Male Actor in a TV Movie.

With its pickup, Billions joins Showtime’s already strong slate of lauded original dramas, including Homeland, Masters of Sex, and last year’s Golden Globe-winning freshman show The Affair (the latter of which will kick off its second season this year).

The network also has another high-profile pilot in the works, the hour-long Cameron Crowe-directed comedy, Roadies. The project has drawn notable names with stars Luke Wilson and Christina Hendricks and is considered a strong contender for a series pickup, although no decision has officially been made yet. Also coming up on Showtime’s comedy schedule is the show, Happyish, due to premiere on April 26.

Billions will begin filming in New York later this year, with a premiere date expected sometime in 2016.