Season 25 of “Dancing With the Stars” premieres on Sept. 18, and ABC released the show’s full cast list today, after much speculation, which includes reality TV stars, former NFL players, an 80s pop singer, a professional wrestler, and more. Below is the full cast list. 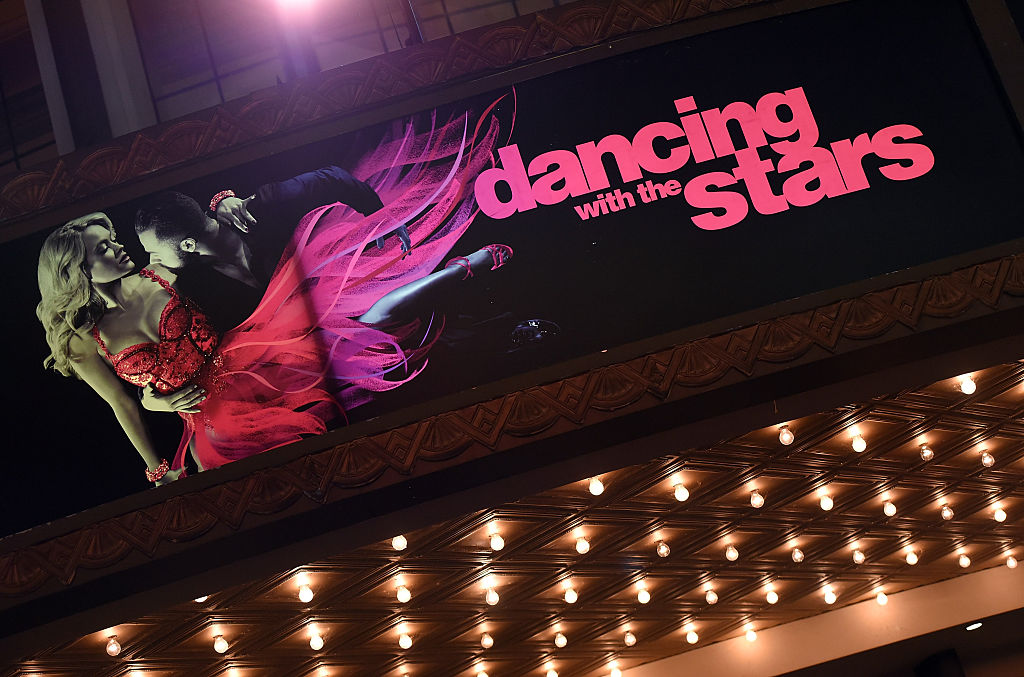 ABC’s “Dancing With The Stars” Season Finale hosted by The Grove on November 24, 2015 in Los Angeles. | Angela Weiss/Getty Images for Caruso Affiliated

Nick Lachey. Dancing with Peta Murgatroyd, the former singer from boy band 98 Degrees will be in stiff competition with his wife, Vanessa Lachey, who also is competing on the show this season. “I’ve actually moved out of the house for the duration of the season, just to keep the peace,” joked the singer, whose brother Drew Lachey won Season 2 of the competition.

Vanessa Lachey. Dancing with Maks Chmerkovskiy, the TV personality is paired up with a dance partner who is newly married to her husband Nick’s dance partner. The fashion model won Miss Teen USA in 1998, hosted “Total Request Live” on MTV, and worked as a correspondent for “Entertainment Tonight.”

From the looks of it, @VanessaLachey & @MaksimC aren't going to let anything, even family, get in the way of winning that Mirrorball! #DWTS pic.twitter.com/5IbBoE63HP

Terrell Owens. Dancing with Cheryl Burke, the six-time Pro Bowler, 43, played for seven different teams, including the San Francisco 49ers, Dallas Cowboys, and Philadelphia Eagles, during his 15 years with the NFL. He also starred in a reality show about his life, “The T.O. Show,” on VH1, which ran for three seasons.

Burk posted several photos on Instagram recently regarding the upcoming show, including one with the caption, “We’ve all seen him dance in the endzone – just wait until you see him in the ballroom. So excited to be dancing with @terrellowens!”

We've all seen him dance in the endzone – just wait until you see him in the ballroom. So excited to be dancing with @terrellowens!

Jordan Fisher. Dancing with Lindsay Arnold, the 23-year-old singer and actor rose to stardom for his roles in Broadway’s “Hamilton” and “Grease: Live.” He also guest-starred in “iCarly” and landed his first major role as Jacob on “The Secret Life of the American Teenager.”

ISSA VIBE. This is actually happening. #DancingWiththeStars!! Can't wait to show y'all what we have in store! @lindsayarnold pic.twitter.com/YXp3JsCxPD

Debbie Gibson. Dancing with Alan Bersten, the 80s-hit “Only In My Dreams” singer has more recently starred in Broadway musicals such as “Les Miserables.” “I’ve been dealing with some health challenges with Lyme disease, and that’s part of the reason why I kind of came out of hiding,” Gibson told ABC. “It’s kind of a big, bold way to do it … Alan has been so nurturing, so supportive.”

Like her #1 hit album, @DebbieGibson's Electric Youth is eternal as she joins @Dance10Alan this season on #DWTS ⚡️ #DancingOnGMA pic.twitter.com/ouQp8XCvWY

Frankie Muniz. Dancing with Witney Carson, the Emmy-Award nominated actor, 31, starred in “Malcolm in the Middle” from 2001-2006 and has dabbled in racecar driving. His more recent projects include “Sharknado 3.”

Others include in the Season 25 lineup include: