‘Dancing with the Stars’: 10 Things We Know About Maksim Chmerkovskiy’s Injury

This season of Dancing with the Stars has been an interesting one to watch. It started off with controversy due to Heather Morris joining the show as a contestant. Many have claimed she has an unfair advantage due to her professional dancing experience. Morris previously danced with Beyoncé on television show appearances and award shows. She also worked as a choreographer for Glee before she became a Dancing with the Stars contender.

Although the actress might have an advantage over her fellow celebrities on the show, she did get hit with a curveball. It looks like her partner, Maksim Chmerkovskiy, is sitting out multiple episodes this season because of his injury. So what exactly happened and when is he coming back? Here are 10 things we know about Maksim Chmerkovskiy’s injury. On March 29, 2017, Chmerkovskiy tore his calf muscle while practicing with Morris for the show. The whole thing was caught on film, and he cried out in pain while practicing their jive routine. He then said, “something went down.”

Chmerkovskiy went to the hospital to get the injury checked out. He got multiple shots in order to recover, according to Entertainment Tonight. It was then that he reportedly realized that his injury was more serious than he thought.

“He told everyone he will be back in a couple of weeks but that isn’t true, it’s a lot worse than everyone initially thought,” a source told Entertainment Tonight. “Doctors are insisting that Maks sit out for at least a month, but knowing Maks he will try and rush it and get back into the competition.”

Heather Morris and Maks Chmerkovskiy on Dancing with the Stars | ABC

The dancer is anxious to get back to his dancing partner. “I’m hoping for a full comeback [by the] end of this week and then we’ll start rehearsing,” he said on the show on April 3, 2017. But chances are, that won’t happen and he will need more time to recover.

3. He is seeing the same doctor Sharna Burgess saw when she was injured 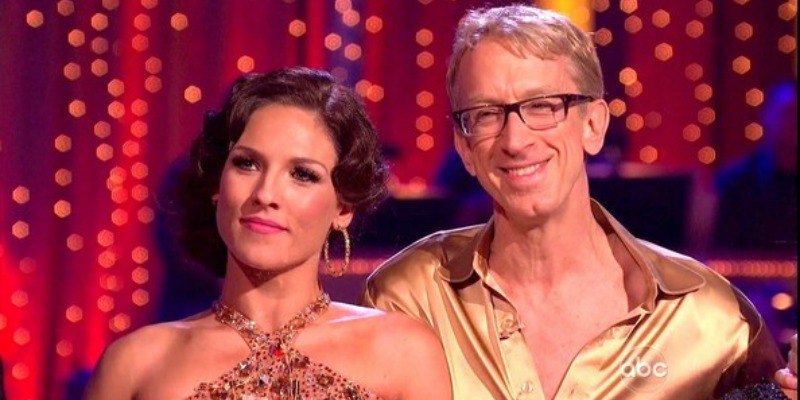 Sharna Burgess and Andy Dick on Dancing with the Stars | ABC

“I love having him back here so quickly,” Sharna Burgess said on the show on April 3, 2017. “He saw the same doctor that I did last season when I hurt my knee. I know he was in the best hands possible and hopefully, we’ll see him back soon.” The doctor who treated both stars is Dr. William Seeds.

“He is absolutely amazing,” she continued. “He is an orthopedic surgeon that just has a gift with healing people. I would never [have] got back to James [Hinchcliffe] in two weeks if it wasn’t for him.”

4. He shared a picture from the doctor’s office The dancer might be injured, but he is still maintaining his sense of humor. Soon after the injury, he took pictures from the hospital and posted them on Instagram. He assured fans that he was trying to get healthy, but also made it clear that he didn’t know when he’d return.

5. Peta Murgatroyd talked about his injury 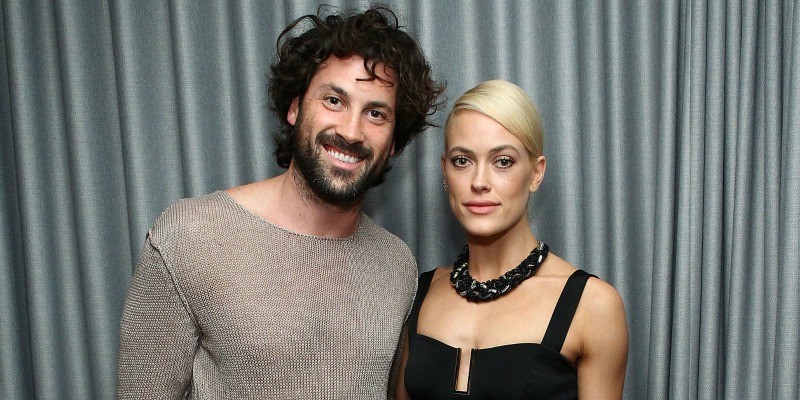 The injured dancer’s fiancee tried to explain the unexpected injury. “I don’t know what happened,” she said on the show. “His calf just popped, it was very weird.” Things like this do happen, and Murgatroyd talked about how she avoids these types of injuries from her experience as a dancer.

6. She also posted a picture of their son, wishing him a speedy recovery

Murgatroyd also posted the cutest picture of their son on Instagram with a touching get well message. Their son is 12 weeks old.

When asked when they will get him started on dancing Murgatroyd said, “I hope never.”

The 23-year-old, Alan Bersten, has been part of the show’s troupe of professional dancers. When Chmerkovskiy was injured, Bersten was tapped in to dance with a celebrity for the first time. He had to learn the jive routine with Heather Morris in just one day and they ended up getting one of her highest scores so far on the show.

The injured professional dancer has been very gracious to his replacement. He not only supported Bersten and Morris by going to the live show, but he gave them a touching message on Instagram. It seems like there’s no room for jealousy here!

9. His brother, Val, said it’s “tough” to see him out of the competition 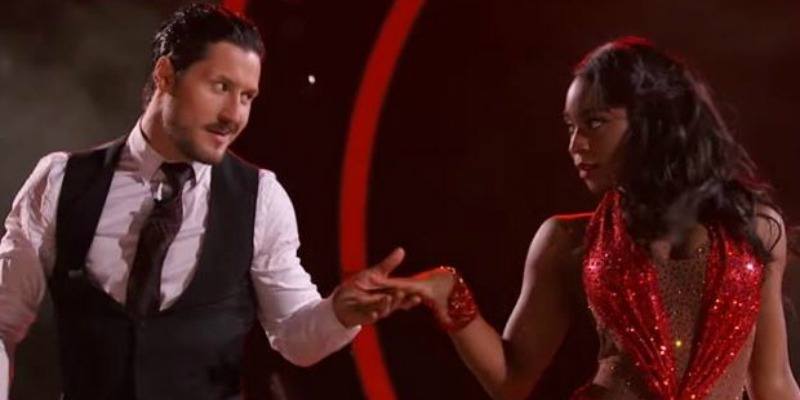 Val Chmerkovskiy is currently partnered with Normani Kordei and is still in the competition. But he told Us Weekly that it’s tough to see his brother temporarily sidelined by his injury.

It was actually very, very tough. We’re tough dudes, tough love, that kind of runs in our family to suck it up and keep moving, but it was very shocking because I’ve never really seen my brother in pain before or like, be sidelined about anything. He always keeps moving, so it’s hard. He’s always there for me. I’m always getting hurt, and he’s always taking care of me, so this was kind of a flipped situation.

10. The claim that he needs surgery, is false

At first, many thought the dancer was going to need surgery. “It’s going to take weeks to get better,” Murgatroyd told Access Hollywood. “He’s having a surgery done … then rehab starts after that.” However, this was false and he instead got a series of shots.