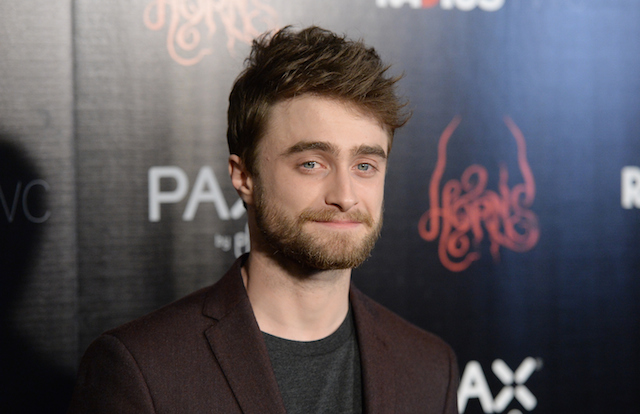 Daniel Radcliffe is returning to the world of magic for a new role. The former Harry Potter star has reportedly been cast in Now You See Me 2, the upcoming sequel to the 2013 movie centering on a group of stage magicians.

Rumors that Radcliffe was up for a part in the follow-up flick have been swirling for several months, but Lionsgate only just confirmed his official addition to the cast. Per Entertainment Weekly, Radcliffe will be appearing alongside returning Now You See Me stars Jesse Eisenberg, Mark Ruffalo, Morgan Freeman, Woody Harrelson, Michael Caine, and Dave Franco. He’s not the only newcomer tapped for the forthcoming sequel — Lizzy Caplan (Masters of Sex) and Tawain-born actor and musician Jay Chou (Green Hornet) have also joined the movie’s roster.

Now You See Me followed the story of a team of talented illusionists known as “The Four Horsemen” who pull off impossible bank heists during their Las Vegas performances, even while the FBI tries to catch them in the act. The movie was a big box office success, earning over $351 million worldwide and spurring the studio to immediately put a second installment into gear. Per the just-released synopsis, the sequel will pick up one year after the original caper thriller left off. It will follow the group as an enemy enlists them to partake in one of their most dangerous thefts yet.

While Radcliffe, Caplan, and Chou have boarded the film, original cast member Isla Fisher has exited the project. The actress, who played horsewoman Henley Reeves in the first movie, reportedly bowed out due to her pregnancy. Now, Caplan will take her spot as the new female lead.

The studio confirmed that Radcliffe and Caplan will be playing characters named Walter and Lula, respectively, although more specific details regarding the two new roles were kept under wraps. Still, that hasn’t stopped the public from speculating over who the two actors might be playing. Radcliffe is thought to be playing the son to Caine’s character, Arthur Tressler — a rumor that Caine himself seemingly confirmed during an interview last month. Meanwhile, Chou will play a character called Li, although the exact nature of his part has also yet to be revealed.

Fisher’s departure from the film isn’t the only change the story has undergone since the sequel was put into development. Following his success with the original film, director Louis Leterrier was initially set to returnbut has since pulled out of project. G.I. Joe: Retaliation‘s Jon M. Chu is now on board to helm the sequel, which was co-written by Ed Solomon (who also helped script Now You See Me) and Pete Chiarelli (The Proposal).

Though Now You See Me 2 may mark a return to a magic-themed movie for Radcliffe, the actor has actually taken on a series of wide-ranging and diverse roles since his Potter days. In addition to starring on Broadway, he appeared in the 2013 indie flick Kill Your Darlings and nabbed his first rom-com role with this year’s What If? He is also currently starring in this month’s supernatural thriller, Horns.

Meanwhile, Caplan continues to star in Showtime’s critically acclaimed period drama Masters of Sex, which will soon enter its third season. She’s also appearing alongside Seth Rogen and James Franco in the upcoming action-comedy The Interview, out on Christmas Day.

Now You See Me 2 is expected to start production in December and will hit theaters on June 10, 2016.