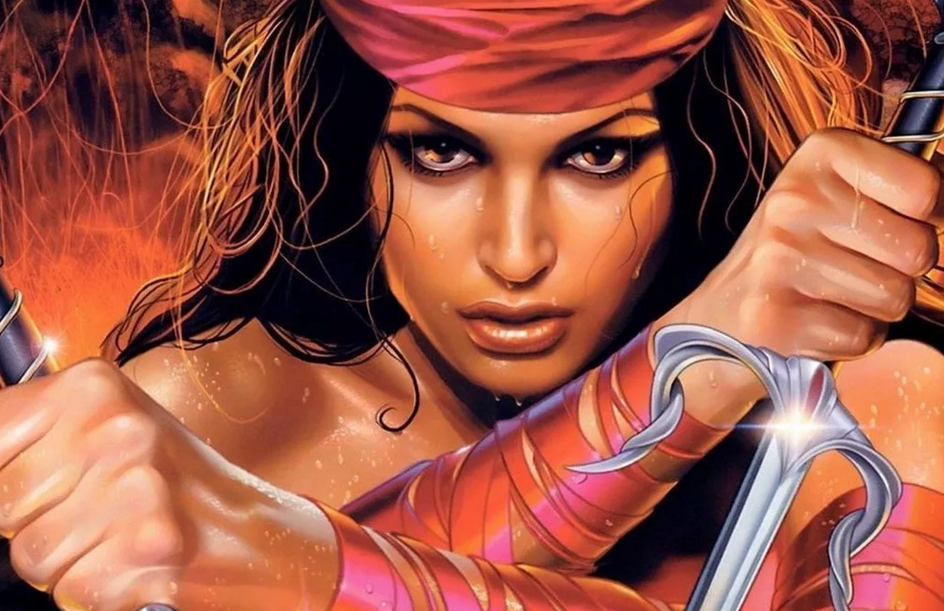 Marvel’s Netflix empire is undoubtedly among their greatest accomplishments in the realm of film and television. While the cinematic universe is their cash cow, their Netflix properties are the true thematic masterworks. This all began early in 2015, with the release of Drew Goddard’s Daredevil series. In just 13 episodes, Marvel treaded into brand new creative territory, reviving a hero that many believed would never see the light of day outside of comic books after an ill-fated movie in 2003. With the show now in the planning and development stages for Season 2, soon we’ll see Elektra find her way into the fray.

A bit of history on Elektra Natchios: In the comics, she’s a sai-toting ninja-assassin, working both as an adversary and ally to Daredevil (depending on the day of the week really). After her creation by Frank Miller in 1981, she was subsequently killed off, making for one of the more dramatic and heart-wrenching moments in the Daredevil comics. In the realm of film, she played a major role in the aforementioned 2003 Daredevil film, played by Jennifer Garner. Garner then parlayed that into an Elektra spin-off movie, a film that for years was held up alongside DC/Warner’s Catwoman as “proof” for why female-led comic book movies can’t work.

Fast forward 10 years, and Elektra is getting a second chance, set to appear in Season 2 of Daredevil. If creator Frank Miller had his way though, odds are that the character would never see the light of day outside of his close supervision. Asked about Marvel’s Netflix plans in a Q&A panel, Miller declared, “They can call it whatever you want, but it will not be the real Elektra.” You certainly can’t fault the man responsible for creating the character in the first place for being protective, especially when Marvel has the right to do whatever they want with his creation, sans his approval or oversight.

Even so, Miller’s protectiveness is only so justified. In that same Q&A, he admitted to never having actually watched the first season of Daredevil, leading us to wonder just how merited his paternal rage for Elektra really is. Miller did originally create her, but how can he possibly know how faithful Marvel plans to be to the source material without understanding the masterful job they’ve done with Daredevil so far? It’s not 2003 anymore, and Ben Affleck is no longer our only version of the titular hero. Now more than ever, both Marvel and DC are doing everything they can to capture the original spirit of their heroes on-screen.

There’s not much we know about Elektra’s Season 2 role, but what we do know is that they’ve nailed the casting. Marvel’s brought on Elodie Yung, an actor who fits the physical description of her comic counterpart far more than Jennifer Garner ever did. And if Jessica Jones has taught us anything, it’s that Marvel can be trusted with female superheroes just as much as the men now. There are a lot of reasons to be excited for a potentially redemptive performance for Elektra on Netflix, and we have a hard time believing Miller would disagree if he actually sat down and watched Daredevil himself.

There’s a good chance Miller never arrives at a place of approval for Elektra, whether it’s on TV or in future comics. He’s made no secret of his disapproval for her resurrection in every form, with Marvel having moved forward years ago with her in the comics without her creator at the helm. Given everything they’ve accomplished with their Netflix universe in 2015, we won’t need Miller’s go-ahead to feel optimistic about Elektra’s long-awaited television debut.