‘Daredevil’ Promises to Be Far Better Than Its Movie Predecessor 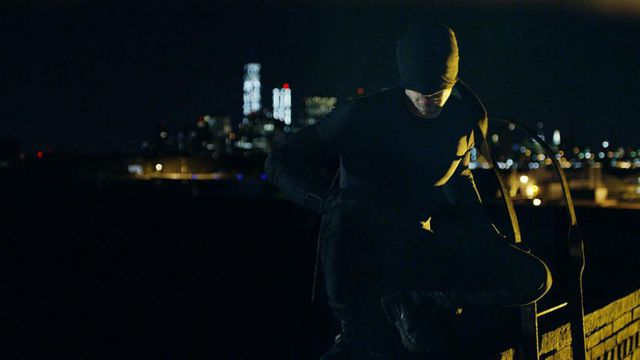 Back in 2003, the superhero movie craze had barely gotten off the ground. Bryan Singer’s X-Men had seen a fair amount of success, while Spider-Man was a hit at the box office. But the Marvel Cinematic Universe was barely on the radar of anyone in a pre-Avengers world. That didn’t stop Marvel from making movies of their own though (since X-Men and Spider-Man were both Sony), and so Daredevil was born.

It starred Ben Affleck, Jennifer Garner, and Colin Farrell, and generally seemed like a movie with enough starpower to drive a franchise. What it did instead was create a film so bad that it effectively killed the Daredevil film franchise for over a decade (because we’re better off pretending the Elektra movie never happened). Now over 10 years later, Marvel is resurrecting “the Man Without Fear” for another run, this time on Netflix.

Daredevil is set to span a full 13-episode season alongside other upcoming Marvel Netflix series including A.K.A. Jessica Jones, Luke Cage, and Iron Fist. But the real news here is a the rebirth of a franchise that many had assumed lost its chance back in 2003. While making a middling $178 million at the box office as reported by IMDb, critically it fell well short of expectations, creating a jumbled mess of a plot for a hero with a rich history of source material to pull from. Now it’s being put in the more-than-capable hands of Drew Goddard (Cabin in the Woods, Lost) and Steven S. DeKnight (Spartacus, Alias) for a chance at redemption.

But what has the 2003 Daredevil movie taught us to avoid this time around? It really boils down to a few key concepts: First, the appropriately broody Daredevil portrayed by Affleck was surrounded by less-than-ideal supporting characters in the form of Garner’s Elektra and Colin Farrell’s Bullseye. The complementary players surrounding any hero are so incredibly important to contextualizing their character, and these gave Affleck very little to play off of. His motivations as a hero weren’t inspired by more than “this blind guy with heightened senses loves justice,” making for a Batman narrative sans the nuanced and intriguing friends and foes of something like The Dark Knight.

The second problem that arose in the movie was the lack of a journey for our hero, something that it appears as though the Netflix series will be solving. In an interview with IGN, DeKnight detailed how they “wanted the early days of him figuring out what he was doing and making mistakes and getting the crap beat out of him on a regular basis.” It’s a true origins story, giving us some much needed context for the character moving forward.

In that same interview, DeKnight dished on how the story will be far more simple than the 2003 movie ever was, focusing on a parallel between the origins of Matt Murdock as Daredevil, and Wilson Fisk as the iconic villain, Kingpin. From there it’s simply a character study set to a superhero backdrop, making for a story that we can absolutely get behind. Combine that with the faithfulness to the dark, gritty nature of the comics and we may very well have a recipe for success when all 13 episodes release on April 10.