‘Daredevil’ Season 2 Trailer: Everything We Learned From Part 1

Daredevil may have blown audiences away when it first hit Netflix last year, but the gauntlet was officially thrown down when Jessica Jones topped even its predecessor soon after. Based on our first full trailer teasing at the new season, it looks as though Daredevil could very well take back its crown as the best comic book show in existence soon. Marvel’s streaming shows have already proven themselves to be the most innovative and interesting additions to their greater universe. Daredevil is of course ground zero for that, and come March 18, that journey will continue in an upward direction.

The latest footage is heavy on Jon Bernthal’s Punisher, a character we haven’t seen in TV or film since Ray Stevenson starred in 2004’s Punisher: War Zone movie. We’ll avoid the normal routine of most websites and refrain from dubbing it “darker” and “grittier” than Season 1, and instead call it what it is on a more descriptive (and decidedly less lazy) level: introspective, morally challenging, and visceral. Here’s everything we saw to that effect.

1. Bernthal’s Punisher feels like something straight out of a horror movie 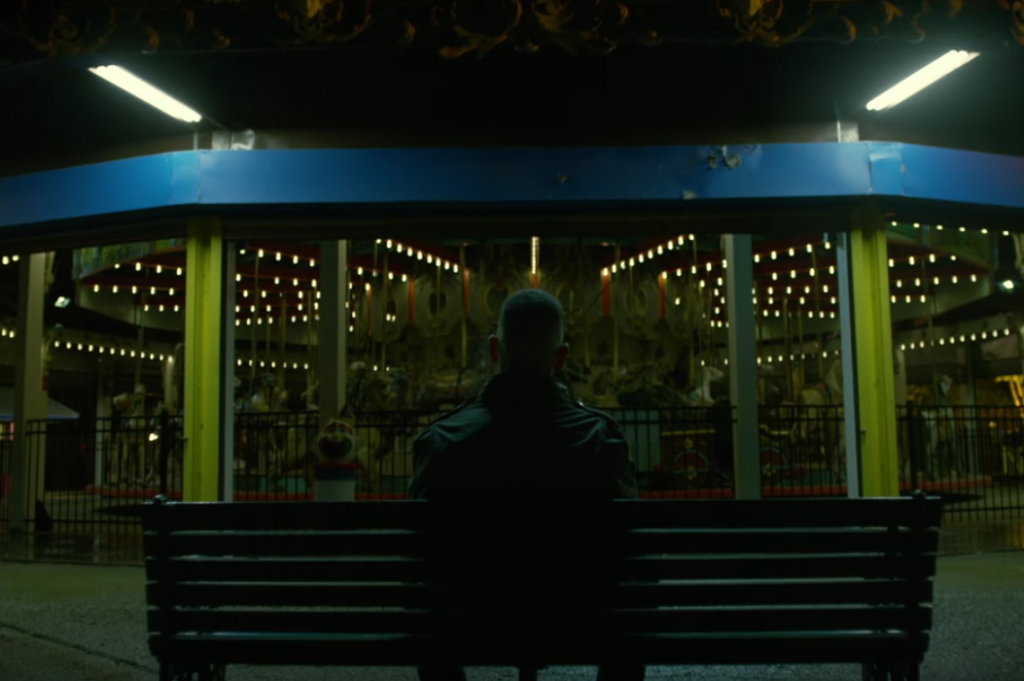 The Punisher’s comic book persona is one that’s deeply disturbed. His origin story begins when he loses his wife and children to a mob shootout. He then takes it upon himself to wage a violent war on crime, employing methods of murder, torture, kidnapping, and extortion to rid the streets of the people who stole his family from him. Netflix’s version of the character seems to run in line with this, as we hear Bernthal quoting a kid’s book (probably belonging to his daughter), looking at a whole trunk full of guns, and eerily sitting in front of a carousel in the dead of night.

2. Religion will continue to play a role in Matthew Murdock’s personal journey 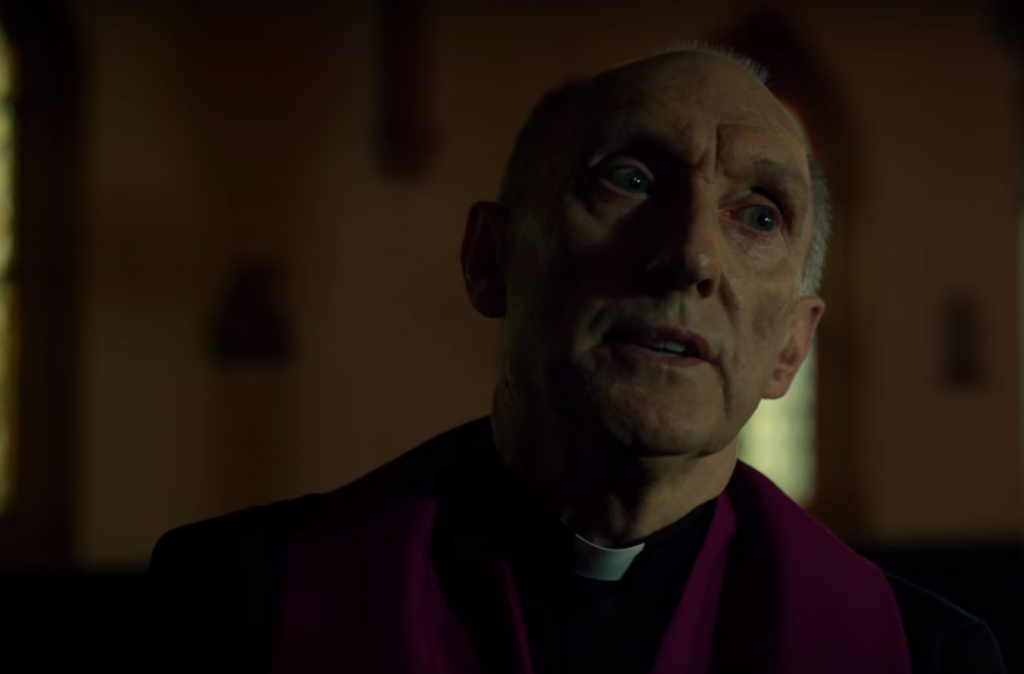 Daredevil has always been a hero whose own Catholic ideology has run in opposition to his role as a vigilante, often going to his local priest for guidance in times of moral crisis. In the latest trailer, we see him asking that priest about his residual guilt, with the answer being, “the guilt means your work is not yet finished.” Clearly Hell’s Kitchen still needs Daredevil to act as its savior, albeit one who’s a little too willing to cross a line that many Catholics would argue never should be crossed.

3. The Punisher has a veritable arsenal at his disposal 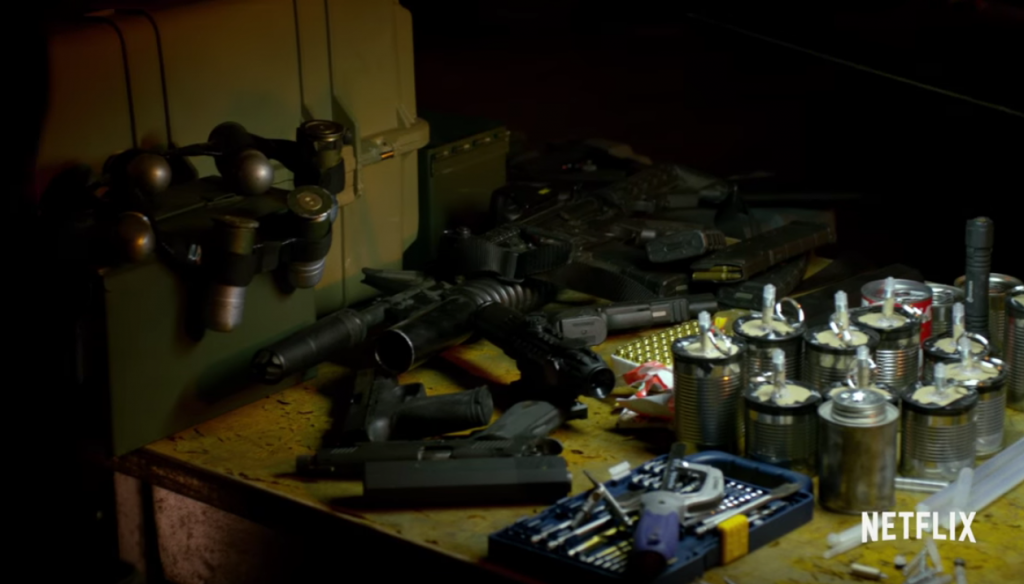 What we see above is only a small taste of the weaponry the Punisher utilizes regularly. He’s an antihero in every sense of the word, and isn’t shy about gunning down his victims in cold blood (or blowing them up based on the grenades on his arsenal). Needless to say, Daredevil may find himself outmatched by someone packing a whole lot of firepower.

Jon Bernthal is no stranger to playing the hard-nosed military type. His role in The Walking Dead carried him down a similar path, and with the Punisher, he’ll get to truly flourish in yet another established franchise. He spends a majority of the trailer covered in blood (both his own and other’s), teasing at plenty of violence to come for all involved. Basically, you’re not going to want your kids watching this season. 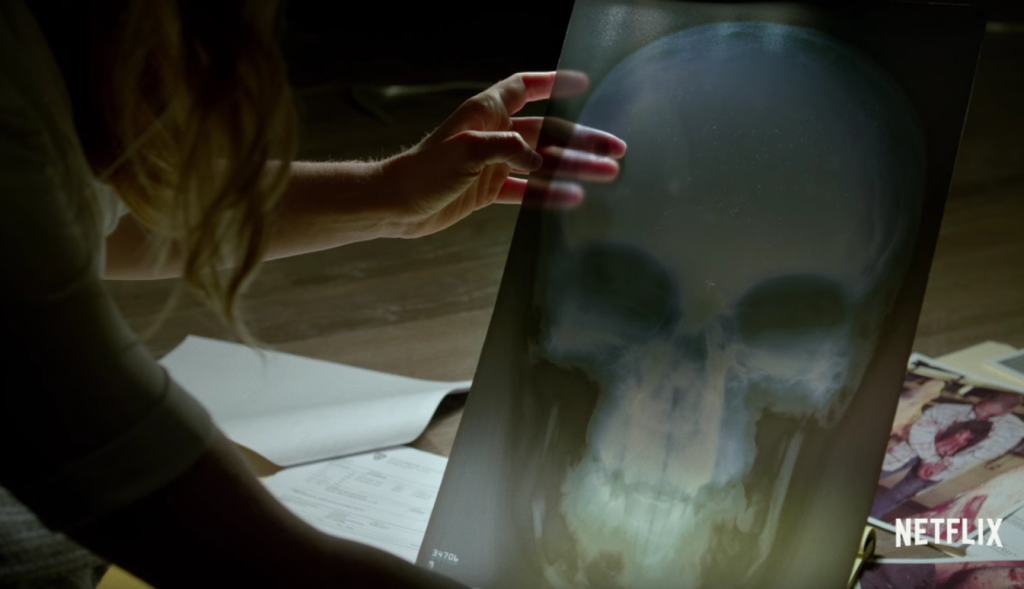 Typically, the Punisher’s logo will show up printed on his trademark black T-shirt. Netflix seems to be taking a different tact, likening it to an X-ray of a human skull. We don’t yet know the context of the X-ray (or whose head it even belongs to), but there’s no doubting the significance of the imagery, or the striking similarities to the symbol.

6. Daredevil and the Punisher go head-to-head in more than one way 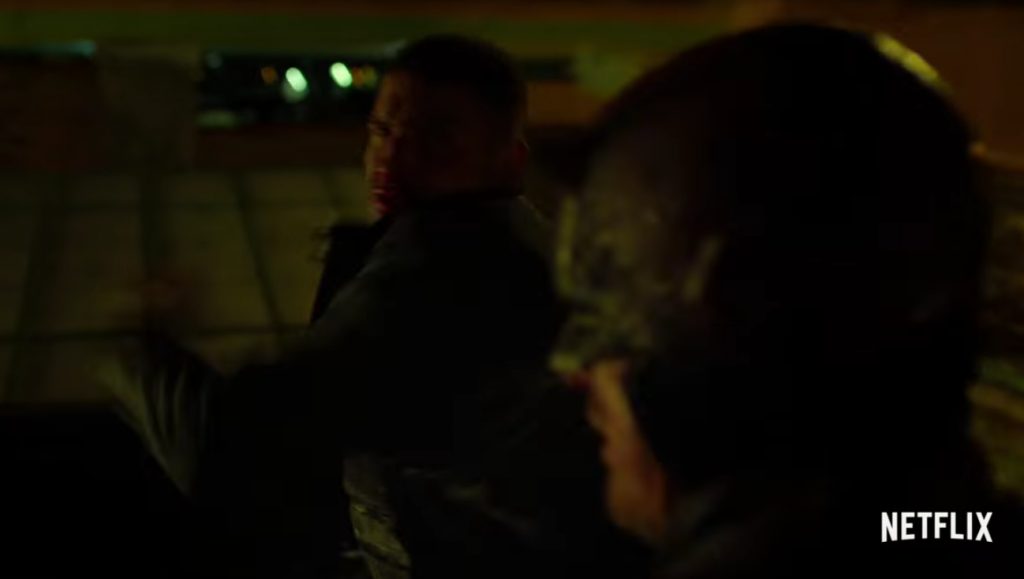 Daredevil and the Punisher represent an interesting moral divide. One one side, we see a ruthless yet effective approach to extinguishing evil. On the other, a man holding on to his own moral compass for dear life, constantly teetering on the edge. As Bernthal’s Punisher tells Matthew Murdock in the final moments of the trailer, “you know you’re one bad day away from being me.” Last season dealt in the morality between becoming evil to do good and being good to stop evil. This season will dig deeper into what makes a hero and what defines the “right” thing to do, as Daredevil continues to deliver a narrative well beyond its contemporaries in depth and breadth.

7. Our first look at Elodie Yung as Elektra 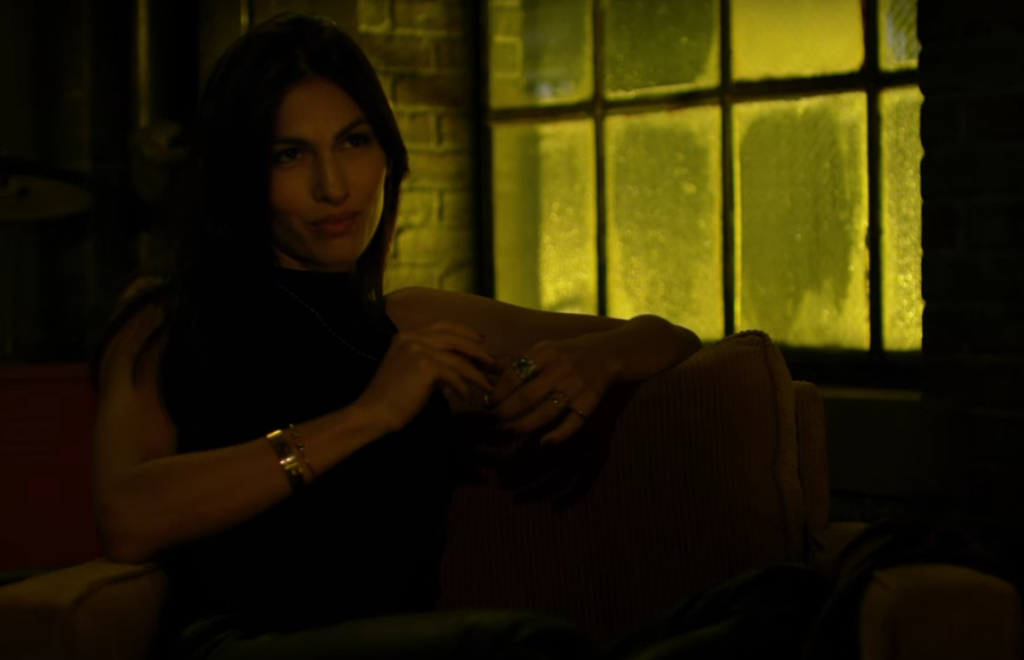 This trailer wasn’t all Punisher, lest we forget about the appearance of another iconic comic book character: Elektra Natchios. Elodie Yung stars as the assassin and ex-girlfriend of Matthew Murdock, appearing uninvited his apartment. Clearly Murdock and Elektra already have a history, evidenced by their immediate recognition of each other. Hopefully Season 2 of Daredevil will find the time to tell us that story in the midst of all the Punisher-related mayhem.