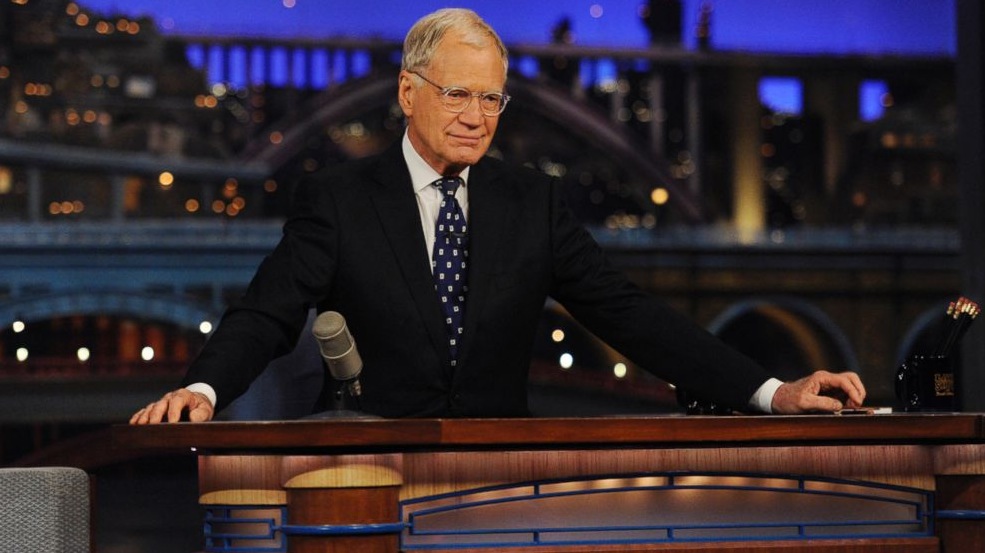 On Wednesday night David Letterman gave his final broadcast after 33 years in late-night TV. The farewells and general hoopla surrounding his retirement has gone on for weeks and included many big name guests stopping by the show to pay tribute. His comedy was seen as a game-changer when his show debuted, with his self-deprecating humor and pranks, including a famous one in which he tortured customers at a Taco Bell by posing as an employee and giving awful service. Current late-night comedians and comedy in general owe a huge debt to Letterman for taking such big risks on such a huge platform. Lots of celebrities were big fans of the comedian and late-night show host, as was evident in the packed house of huge stars who showed up for the finale’s taping. Here’s a look at how some have paid homage to Letterman as he’s hung up the blue suit.

The Foo Fighters are one of Letterman’s favorite bands and for the show’s final musical performance, they serenaded Dave with his proclaimed favorite song “Everlong.” Dave Grohl and company also played that same song when Letterman returned to the show after undergoing heart surgery in 2000, according to Pitchfork, which said that the band cancelled a tour in order to come and play the song for the recovered comedian. The song played over a montage of highlights from his 33 years on television.

Bill Murray was Letterman’s final guest on Tuesday night. He popped out of a cake for his appearance, and told Lawrence O’Donnell on MSNBC after taping that Letterman “can do anything and he just floats above everything. He’s really in a different plane than the rest of us right now,” per Deadline.

Fellow late-night host Jimmy Kimmel refused to even air a competing episode of his show on Wednesday night out of respect, playing a re-run instead. Over on Conan O’Brien’s show, O’Brien paid tribute to Letterman with a song speech discussing how influential Letterman has been on O’Brien’s comedy career, telling the story of a particular moment when Letterman actually single-handedly saved O’Brien’s career in late-night, which he wrapped up by asking viewers to change the channel and watch Letterman’s final broadcast. “He has been the North Star for me and for every comic of my generation,” O’Brien said.

For the very last Top 10 List, ten comedians and celebrities participated in saying “Top 10 Things I’ve Always Wanted to Say to Dave,” which you can read over on Deadline. Those who read the funny quips included Alec Baldwin, Julia Louis-Dreyfus, Jim Carrey, Jerry Seinfeld, Chris Rock, Tina Fey, and more.

Of course, celebrities took to Twitter to express their bittersweet feelings about Letterman’s goodbye. Even President Obama posted a photo of his recent interview with Dave and said that “TV won’t be the same” without him.

TV won’t be the same without Dave. pic.twitter.com/9q5NHTf3b5

Thank you for so many laughs! You will be greatly missed @Letterman pic.twitter.com/LG8oKlYTTb — Kim Kardashian West (@KimKardashian) May 21, 2015

In the end, Letterman’s trademark self-deprecation remained throughout the evening. He quipped, “save a little for my funeral,” as the tributes continued to pour in. Though he always defined himself as the late-night loser after failing to get The Tonight Show job over his rival Jay Leno and never quite getting the ratings that show did, this finale was a refreshing counter to Leno’s maudlin retirement episode. “It’s beginning to look like I’m not going to get The Tonight Show,” Letterman joked. It does look like Letterman is going to get a pretty decent legacy, one that rivals Leno’s, which he built from his own show as the late-night underdog.