DC Unveils the Latest From Its Superhero Movie Universe

There’s never been a better time to be alive for comic book fans than right now, evidenced by the enormous week DC is having. As part of its hour-long special following the midseason premiere of The Flash, the CW dished on tons of details for the planned Warner/DC movie-verse. The special, appropriately titled The Dawn of the Justice League, dished on everything from Batman v Superman to Wonder Woman, featuring interviews with just about every actor involved with DC’s upcoming films.

It marks an enormous coming out party for Marvel’s biggest competitor, and it’s one that demonstrated DC is here to play. The special itself was a guns-blazing affair, running through all the ambitious plans the studio has cooked up for its next five years of movies. Needless to say, it won’t be long before the battle between Marvel and DC rages in full force. Just how will that happen, you ask?

Wonder Woman may not release until June of 2017, but that hasn’t slowed down any of the excitement for the Gal Gadot-led project. Patty Jenkins (Monster) directs, bringing us a story rooted in female empowerment, and telling the story of the greatest warrior in the entire DC universe. The film itself will bring us back to World War I-era America, as shown in the brief clip debuted in the CW special (above).

2. The latest trailer from Suicide Squad

Of all the DC projects on the docket, Suicide Squad is the only one centered around villains, and because of this, it looks as though it’s been afforded its own unique creative direction. Warner Bros. infamously promised a “no jokes,” humorless superhero universe in the past, and yet the latest trailer for Suicide Squad features plenty of light-hearted quipping. For a deeper, more thorough study into the footage, you can check out full breakdown over here.

There are rumors of an Aquaman cameo in Batman v Superman: Dawn of Justice, but that’s nothing compared to the full-on origin story we’ll be getting in 2018. Dawn of the Justice League sits down with Jason Momoa to talk over his character’s own struggles, his role within the greater DC universe, and how that plays into his internal conflict.

More casual fans are probably most familiar with the Cyborg portrayed on Cartoon Network’s Teen Titans, but this time around he’ll be graduating to the big leagues. Newcomer Ray Fisher will don the cybernetic body for DC, describing his character as a “technopath” in his Dawn of the Justice League interview. Additionally, we get a peak inside his beginnings as a star football player turned superhero, brought on by an almost-fatal accident that had much of body replaced by robotic parts.

5. Ezra Miller dishes on his role as the new Flash

The most notable difference between Marvel and DC can be seen in their respective strategies in the realm of TV. For the former, their television series are directly connected to the movie-verse, with all the heroes existing together in the same world. The latter though chose to keep the two worlds separate, casting a separate actor for the film version of the Flash. It’ll be a tough sell given the near-universal love for Grant Gustin’s role as the lovable speedster on the CW, but Ezra Miller’s first interview gives us some hope for the future. 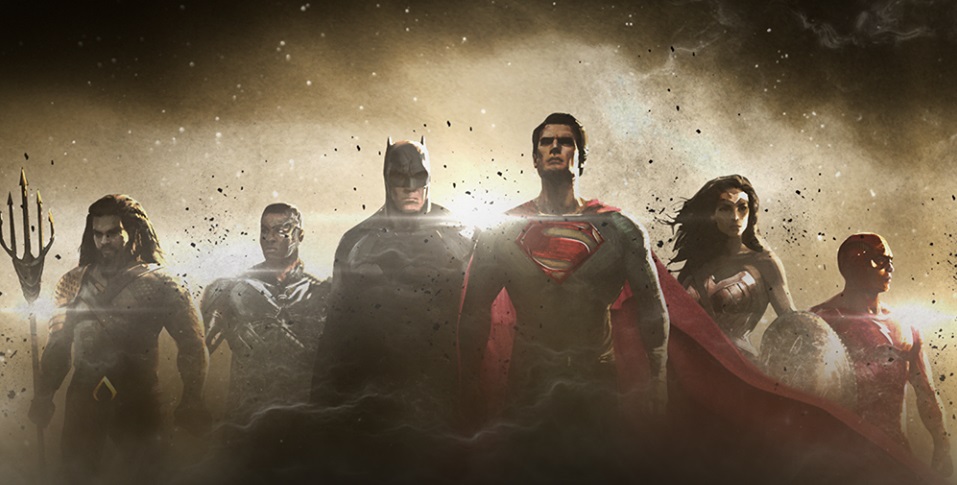 We all know our heroes will come together for a two-part Justice League saga, but until recently, we hadn’t seen them all in one place. The CW changed all that for us, unveiling the first artwork depicting DC’s whole lineup for the next five years. Part I debuts in 2017, so it won’t be long before we see everyone in action. First though, we have Batman v Superman and Wonder Woman to get through.