A hero is only as good as their villain, which is probably why DC has managed to become so successful over the years. For every great hero that the comic book giant produces, it provides readers with an army of great baddies as well. Now that the DC mythos has become an interwoven franchise on the silver screen, we expect the same to happen in the realm of movies.

On that note, with Steppenwolf set to make his live-action debut when Justice League hits theaters later this year on November 17, and Black Manta and Ocean Master set to do the same when Aquaman debuts on December 21, 2018, we found it prudent to go through all of the upcoming DC films and figure out which villains we would want to see in each project. With that in mind, let’s dive in and start things off with Billy Batson’s upcoming adventure. 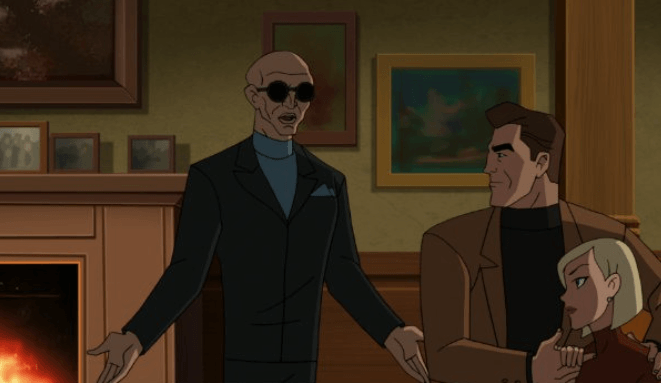 Although conventional wisdom would seemingly dictate that Black Adam would be the bad guy in a Shazam movie, it turns out that DC is keeping The Rock’s version of the supervillain at arm’s length for now. If that’s the case, then we think the Shazam movie should go the more grounded route and make Billy Batson face off against Dr. Sivana. An evil super-genius with a deep-seated hatred of Earth’s Mightiest Mortal, Sivana is a more realistic and Earth-based threat who could help DC dip a toe into the Shazam corner of its lore without getting too crazy too quickly. 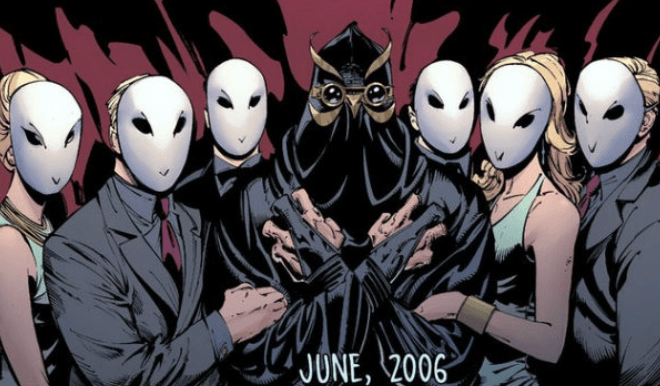 The Batman – The Court of Owls | CinemaBlend

Just when people thought that Batman couldn’t get any more great bad guys in his rogues gallery, Scott Snyder came along and gave us The Court of Owls in The New 52. An Illuminati-esque group that was secretly running Gotham City long before the arrival of The Caped Crusader, The Court is a fan-favorite element of the comics that could easily allow Matt Reeves and Ben Affleck to break away from the typical “psychotic” bad guys that Batman fights. Beyond that, it would let them to embrace a more grounded and noir-style detective story for The Dark Knight. 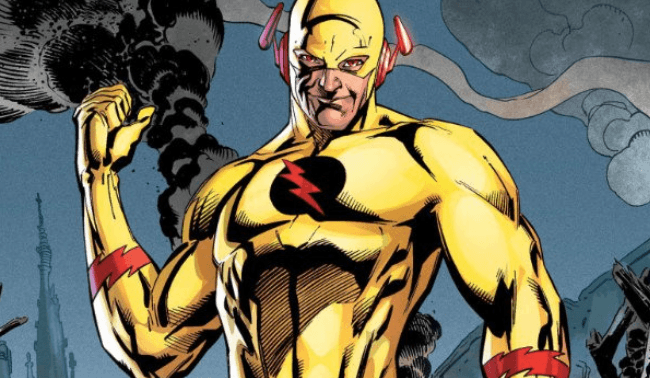 Unlike many of the other selections on this list, this one really shouldn’t even be up for speculation. If Flashpoint intends to tell the tale of Barry Allen’s journey to the Flashpoint timeline, then it needs to include Eobard Thawne a.k.a Reverse-Flash. The reason for this is simple: the catalyst for Barry’s journey to Flashpoint is his desire to prevent the death of his mother, which means he will need to directly confront his mother’s murderer, none other than Eobard Thawne. If Flashpoint is coming to the silver screen, then we need to see Reverse-Flash. 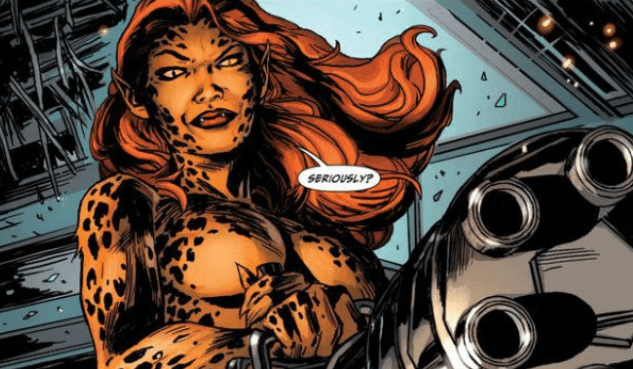 While Ares was almost certainly the right choice of villain for Diana Prince’s first solo movie, Wonder Woman 2 should dig even deeper into the Wonder Woman lore and pull out another fan-favorite. Real name Barbara Minerva, Cheetah is a former British archeologist imbued with feline powers as a result of her exposure to a magical force. Fast, powerful and an all-around skilled fighter, Cheetah is a near-perfect physical and mental match for Wonder Woman, and her sheer iconography among Wonder Woman fans makes her a perfect choice for the highly-anticipated sequel set to debut in theaters in December 2019. 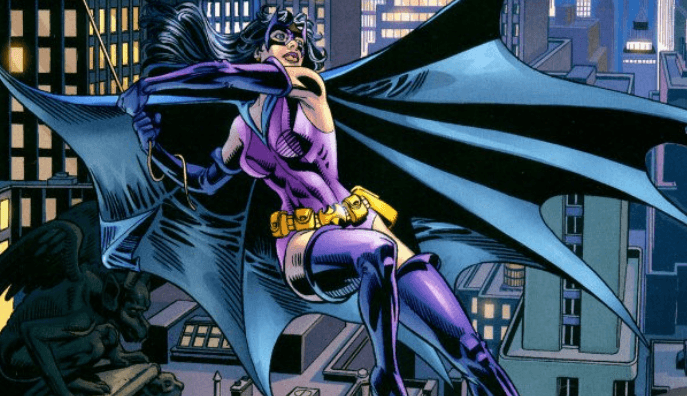 A conflict between Huntress and Batgirl in Barbara Gordon’s solo movie seems distinct from many other entries on this list because Huntress isn’t inherently a villain; if anything, she’s more of an anti-hero. Real name Helena Bertinelli, Huntress has a tentative connection to The Bat Family, and she eventually goes on to become a full-fledged member of the Birds of Prey team alongside Barbara. By introducing Huntress as an antagonist in Batgirl, Joss Whedon and the folks at DC can tell a story full of iconic female DC characters, while also laying the groundwork for the eventual Birds of Prey/Gotham City Sirens showdown. 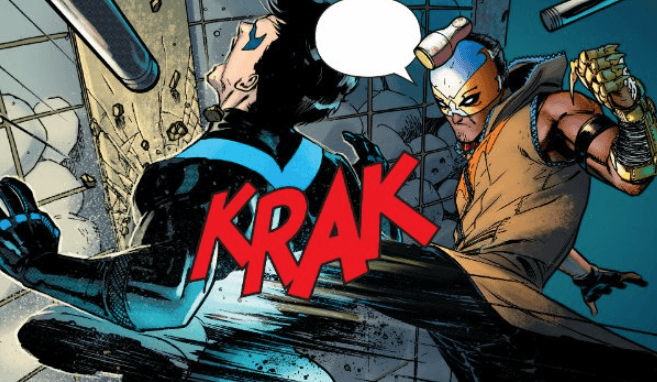 Although Nightwing’s rogues gallery isn’t quite as well-known as Batman’s, the recent DC Rebirth run has given him a genuinely spectacular foe in the form of Raptor. A bad guy (though bordering on anti-hero) with a mysterious tie to Dick Grayson’s past, Raptor would work well as a villain in an interconnected and interwoven superhero cinematic universe such as this because of how he relates to Batman and Nightwing. He wants nothing more than to become a mentor to Dick, and that dynamic offers a remarkable grey morality that we seldom see in superhero movies these days. 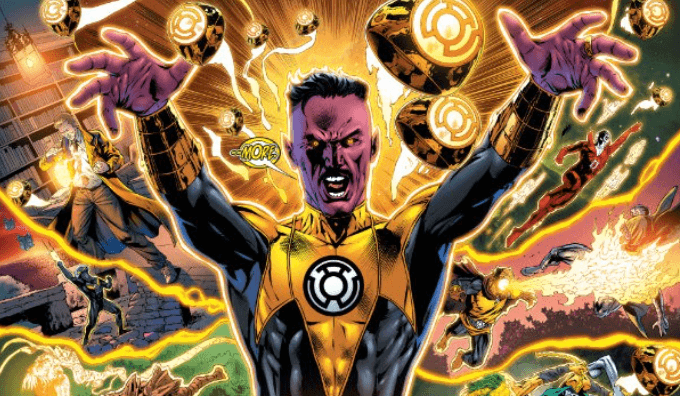 If we’re going to see a full-blown Green Lantern Corps in the upcoming Green Lantern movie, then it only makes sense for them to go up against another equally beloved Corps from the emotional spectrum. The battle between fear and will is about as iconic as it gets on the cosmic side of the DC lore, and Sinestro (in all of his David Niven-inspired glory) deserves to return to the silver screen after his promising (but ultimately underwhelming) live-action debut back in 2011’s Green Lantern. Beyond that, the Sinestro Corps could also allow Green Lantern Corps to introduce other DC characters like Scarecrow. 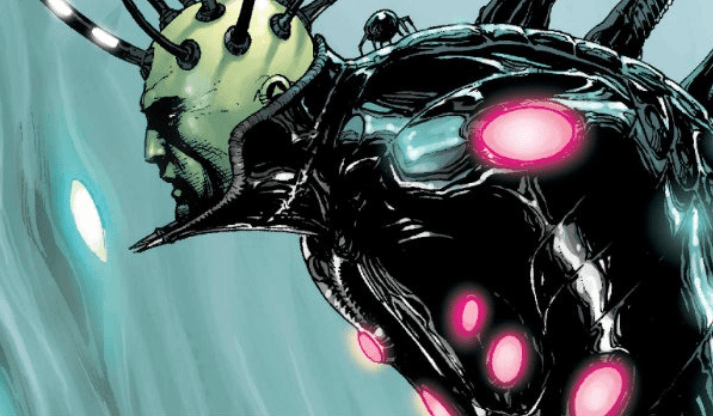 We’ve seen Superman fight General Zod. We’ve seen him face off against Lex Luthor. Now it’s time for another significant Superman villain to enter the equation. Fans have speculated that Brainiac has been waiting in the wings of the DCEU for years, and with Man of Steel 2 currently in development (possibly with Matthew Vaughn gearing up to direct), it’s time for the rogue Kryptonian AI to make a proper live-action introduction. Brainiac is all-powerful, he’s nearly apocalyptic in nature and (perhaps most importantly) he can provide the type of cerebral threat missing from many of Superman’s recent on-screen adventures. 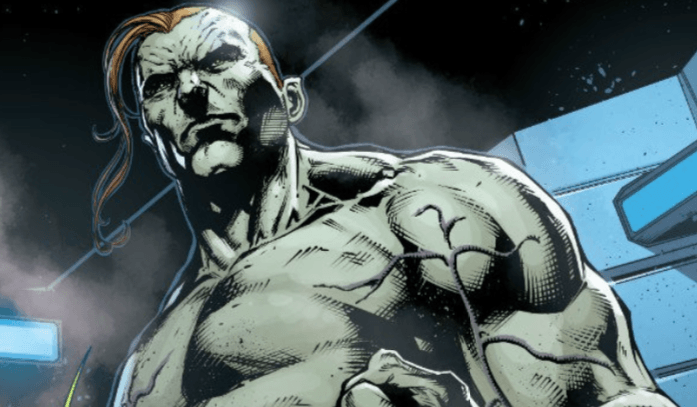 When compared to other core members of the Justice League, Cyborg doesn’t have the deepest roster of bad guys to pull from. With that in mind, his solo movie would make for a perfect opportunity to introduce a significant Justice League villain into the greater DCEU. Like Cyborg, Amazo is a cybernetic being of immense strength and power. However, unlike Cyborg, he can absorb and mimic the abilities of superhumans. Amazo is an icon in DC lore, and his connection to S.T.AR. Labs makes him a natural choice for Vic Stone’s first solo outing on the silver screen. 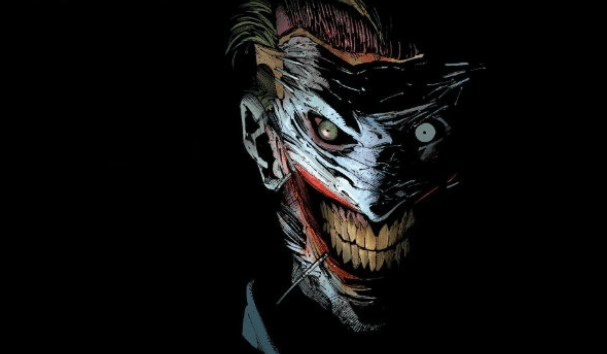 There’s a clear argument to be made that Suicide Squad should’ve used Jared Leto’s Joker as its main villain instead of opting for a more grandiose threat in the form of Enchantress. With a sequel currently in development, now is the time to correct course and do what they should’ve done the first time around. The Clown Prince of Crime needs to be the bad guy faced by Task Force X in their upcoming film, and we need to see the type of menace that he’s truly capable of in the DC comic book lore. 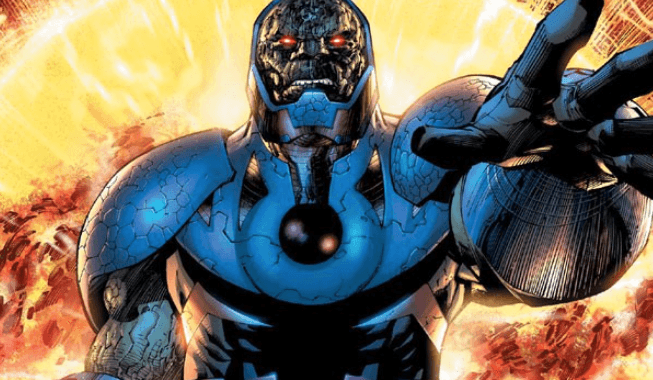 With more rumors seemingly suggesting that the ruler of Apokolips has actually been cut from Joss Whedon’s version of Justice League, it only makes sense for the folks at DC to keep Darkseid waiting in the wings until Justice League 2 rolls around. Arguably the quintessential foe to the DC superhero team, Darkseid is basically space Hitler (the German dictator literally inspired him), and his seemingly insurmountable power (coupled with his never-ending quest to solve the Anti-Life Equation) makes him a perfect option. Just make sure to step out of the way of his Omega Beams.