DC vs. Marvel: Which Movie Universe Is More Sexist?

Sexism in comics and superhero-focused films comes as no surprise to anyone. With all of the controversy over the Amazons’ costumes in the new Justice League, those discussions have re-ignited. Rampant sexism in both the DC and Marvel Cinematic Universe have infuriated women for decades. Which house is a worse offender? Let’s take a look.

1. Comics have a woman problem 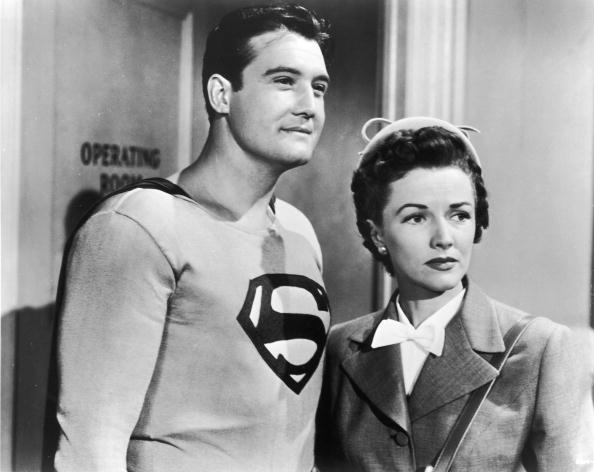 American actor George Reeves as Superman, stands with Phyllis Coates, as Lois Lane, in a still from Adventures of Superman. | Hulton Archive/Courtesy of Getty Images

As the A.V. Club reports, researcher Amanda Shendruk analyzed both DC and Marvel comics and found a stark disparity. Only 26.7% of all DC and Marvel characters are female, and only 12% of mainstream comics feature female protagonists. She also analyzed naming conventions, types of superpowers, and the composition of teams to see how male and female genders are portrayed. Bad news: Women often lack physical strength and instead, use mind powers and often, vaguely sexual moves.

Names don’t fare any better. On average, she discovered, “females are more than twice as likely to be given a name that may make her seem weak, less dangerous, less aggressive, and not on equal footing with male characters.”

Next: There’s a reason for that.

2. Both DC and Marvel started with — and for — men 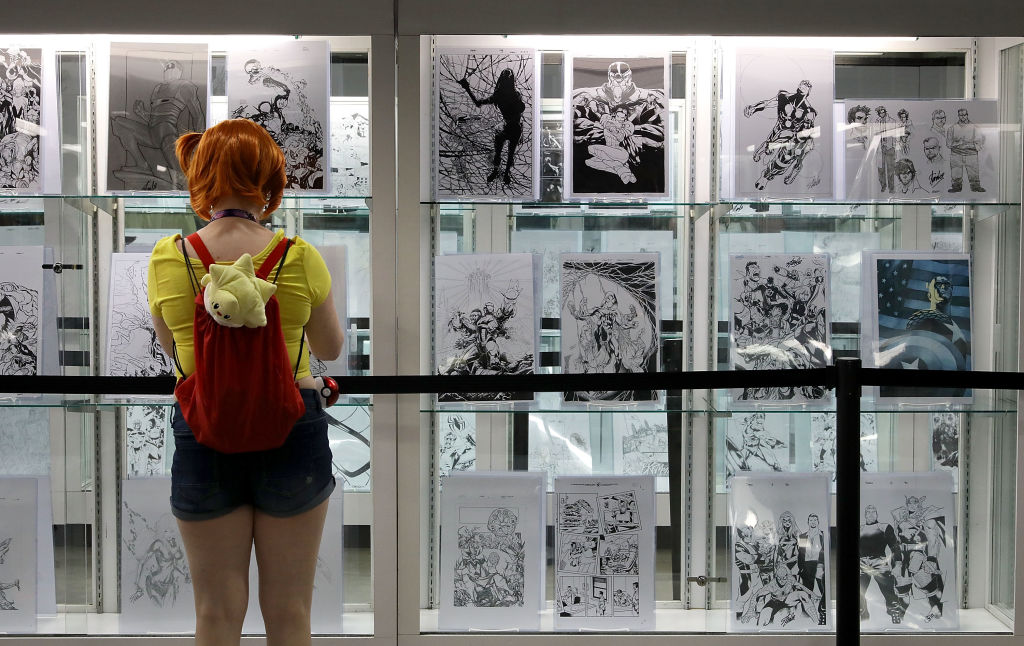 A critique of women in comics in Fantasy Magazine breaks down the sexism at every level. First, consider one of the reasons they became popular in the first place. Comic book historian Ron Goulart writes, “In the days before the advent of Playboy and Penthouse, comic books offered one way to girl-watch.”

If you think the costumes in modern superhero movies are a little sexier than they need to be, check out their paper predecessors. Since the dawn of comics, women have wondered why we’re not allowed to wear pants while fighting villains.

Next: Even the most powerful female superheroes fall victim to this problem. 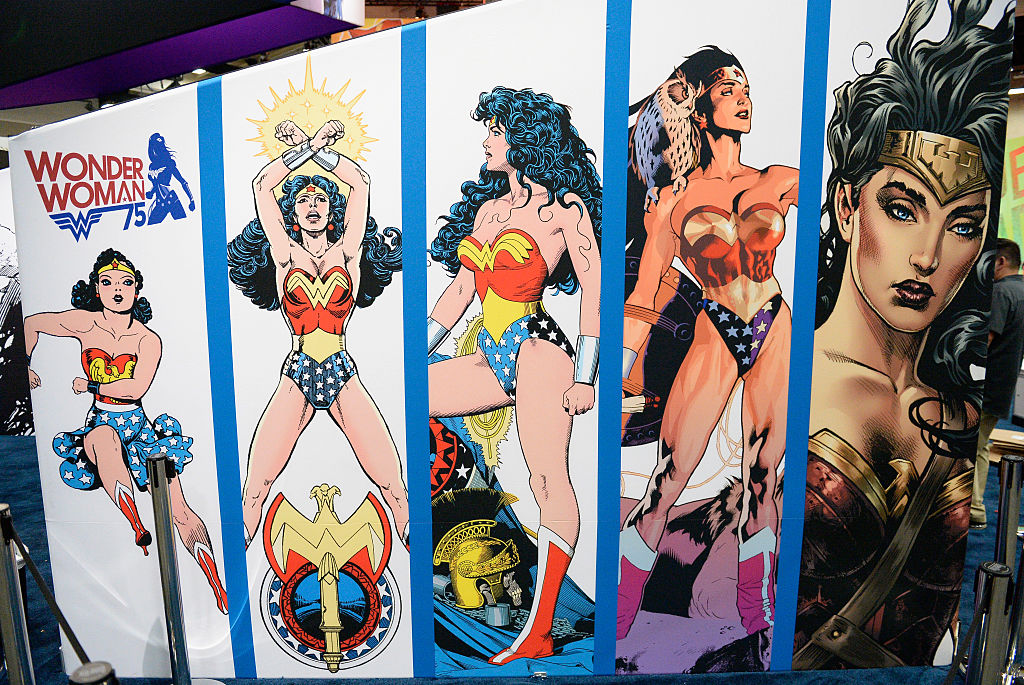 Michael Lavin notes the costumes given to female superheroes pose a real problem. “Powerful super-heroines like DC’s Wonder Woman or Marvel’s She-Hulk may easily overcome the most overwhelming threats and obstacles, but they are invariably depicted as alluring objects of desire, wearing the scantiest of costumes.”

Consider DC’s Wonder Woman. Wonder Woman’s creator, psychologist William Moulton Marston (pen name “Charles Moulton”) admitted some pretty shady origins for the character. “Give [men] an alluring woman stronger than themselves to submit to, and they’ll be proud to become her willing slaves,” he said. Even her “golden lasso” is not just a weapon, but a sex object, like the character herself.

Next: Moulton isn’t the only comic creator whose perception of women is problematic. 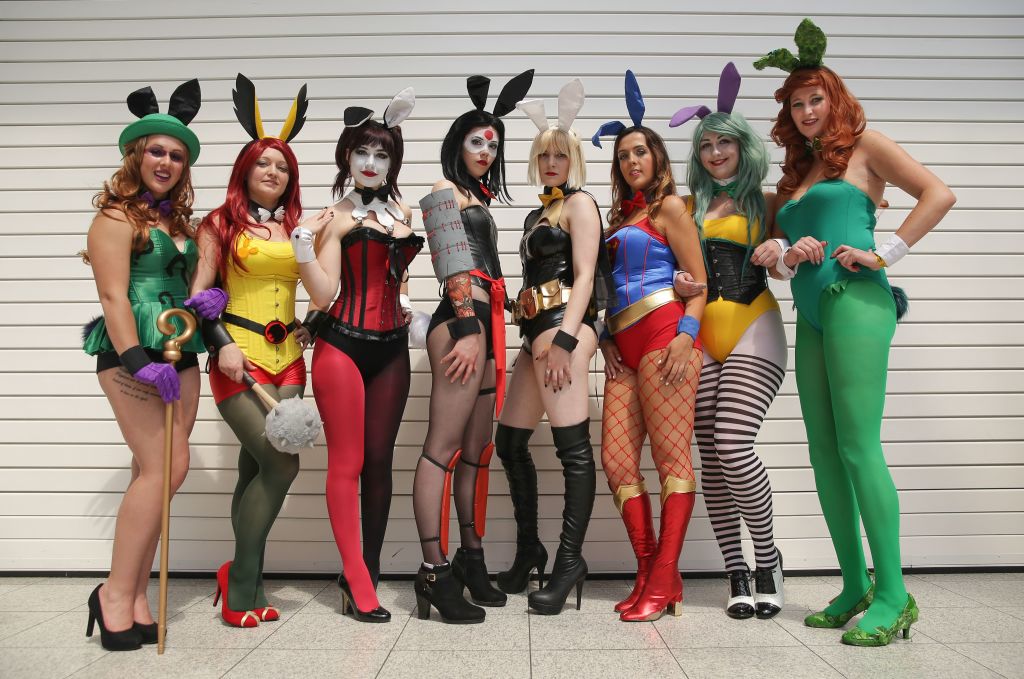 A group of women dressed as their favorite superheroines. | Daniel Leal-Olivas/AFP/Getty Images

The CEO failed to mention male-centric superhero movies that did just as badly, if not worse. Those include “disasters” like Green Lantern, The Lone Ranger, Superman IV, and Daredevil, just to name a few. With that sort of attitude at the top, we hardly wonder that Marvel continues to fail its female audience.

Next: It’s not just the big dogs. 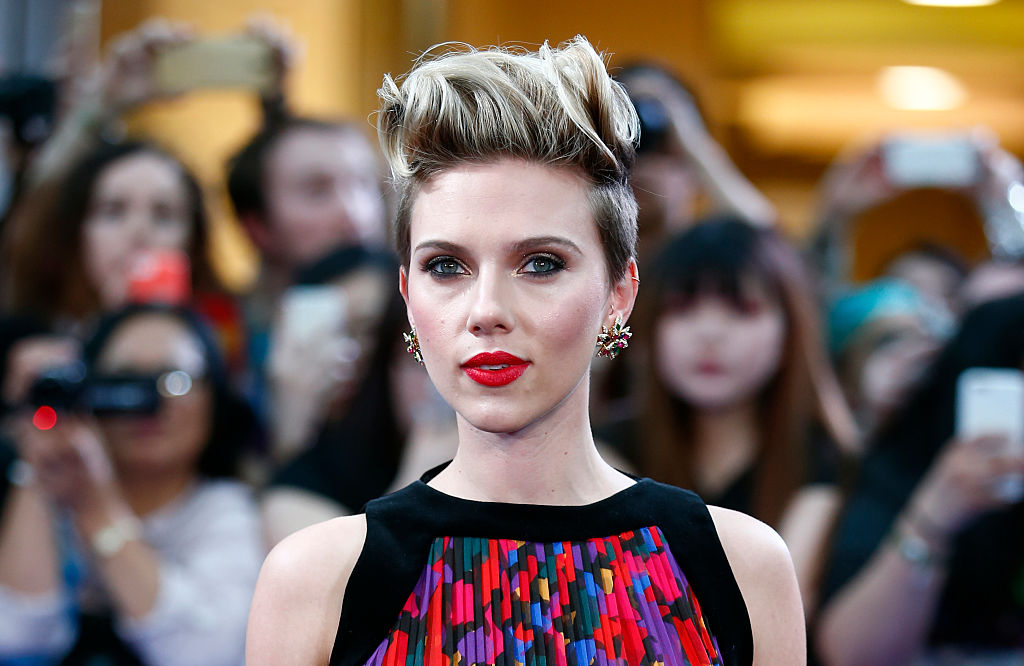 Scarlett Johansson poses on the red carpet for the European premiere of the film Avengers: Age of Ultron in London. |
Justin Tallis/AFP/Getty Images

During an interview with Digital Spy, The Avengers: Age of Ultron actors Chris Evans and Jeremy Renner were asked about the romance between Black Widow and Mark Ruffalo’s Bruce Banner.

“She’s a slut,” Renner said. Evans chimed in with “a complete whore.” They later apologized, but the statements reveal something telling about how men view women in superhero films. Saturday Night Live even spoofed the Marvel scandal with a trailer for a rom-com version of Black Widow. It contained the slogan “Chill. Marvel gets women.”

Next: It’s taking Marvel awhile to get with the woman audience program.

6. No Black Widow movies on the horizon 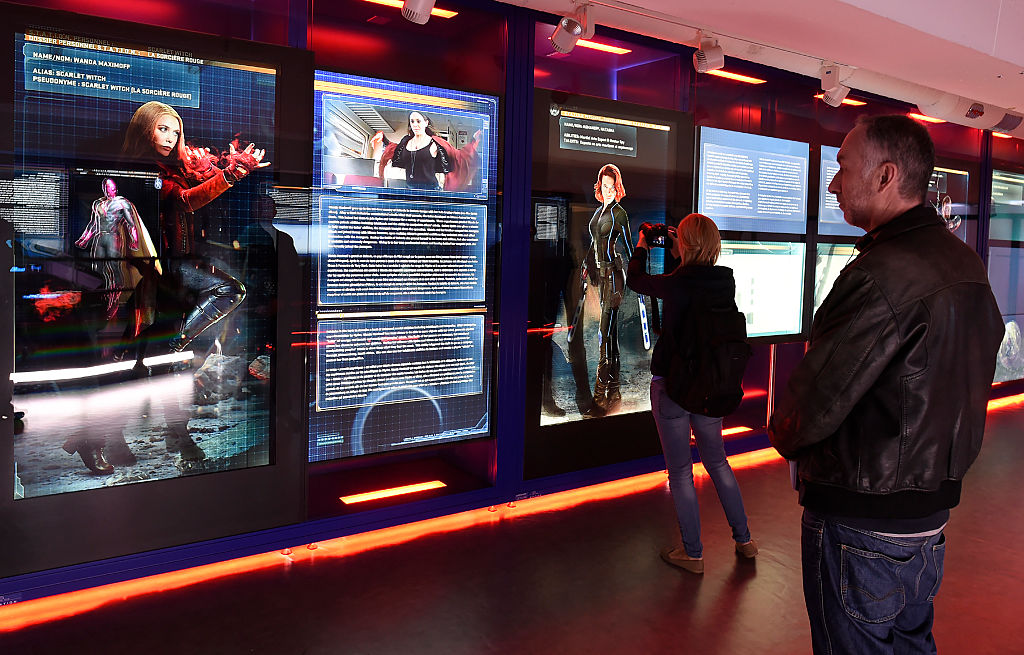 As IndieWire points out, the 2018 Captain Marvel will mark the very first female heroine movie for the MCU. The feature will also be co-directed by female filmmaker Anna Boden, the first time a woman appears behind the camera. The film will also be the first entirely scripted by a female screenwriter, with Geneva Robertson-Dworet taking over full duties from Nicole Perlman and Meg LeFauve.

While these all represent fantastic developments, women have to ask what took MCU so long. While several other upcoming films in the 22-feature universe will feature women in more prominent roles, there’s still a systemic issue with how these women get portrayed.

Next: Let’s take a look at some specific examples. 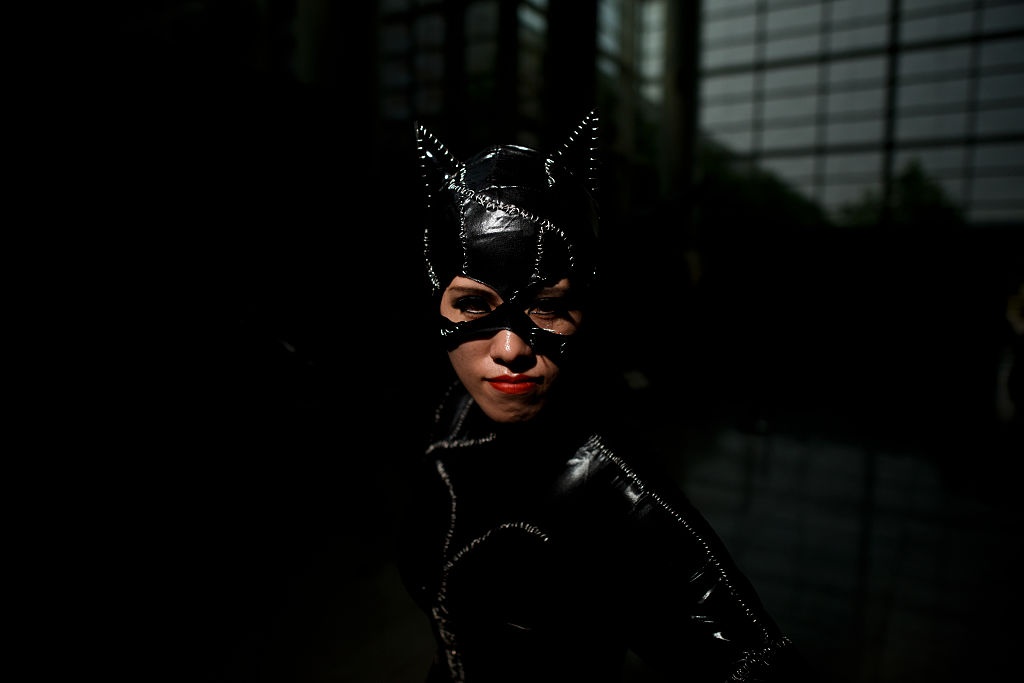 Admittedly, the Catwoman character in the Nolan brothers’ The Dark Knight does get some things right. But she falls victim to the same problem almost every female superhero does. Her sexy, slinky costume and impractically sky-high stilettos scream “male gaze.” While she appears to use sexism to her advantage in several scenes, her story is as thin as those heels.

Next: This character has some serious sexist issues. 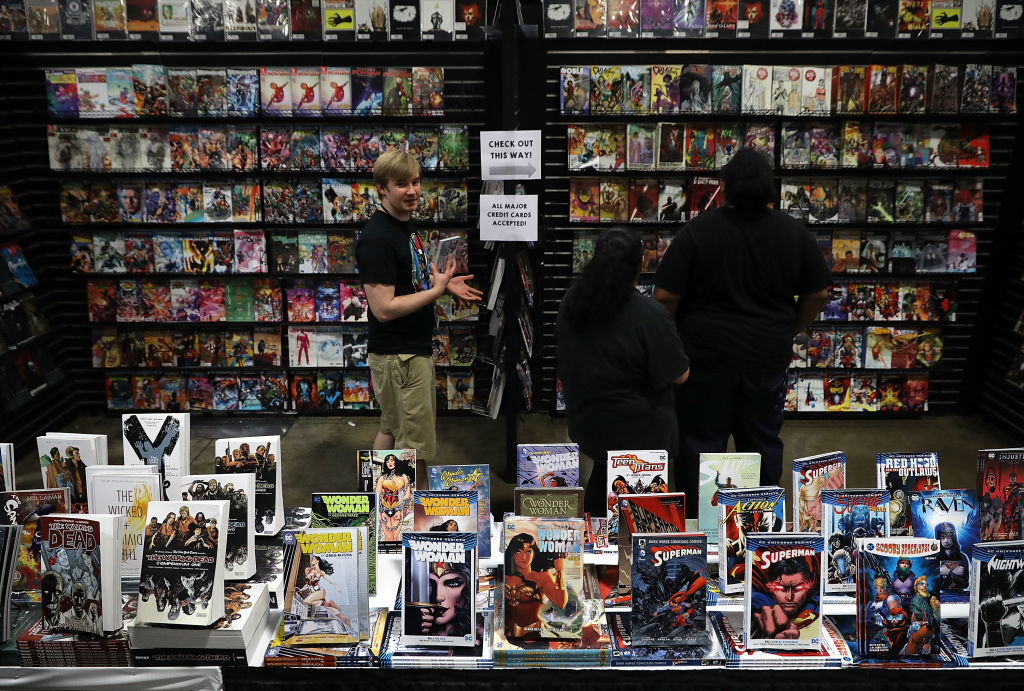 Despite their popularity, both in print and onscreen, Marvel severely undervalues female characters. | AFP/Getty Images

In Avengers: Age of Ultron, Black Widow takes a giant step backward. While the character kicks some serious butt in The Winter Soldier and Iron Man 2, her story line in this film falls flat. Not only does she make dumb jokes about cleaning up after the boys, she admits to domestic aspirations and becomes just another lady in love.

“The weird cumulative effect of Ultron’s Act 2 is to take away much of what made Black Widow interesting,” Entertainment Weekly wrote. “Pre-Ultron, she was the person who wasn’t afraid of her dark past … Black Widow is the most popular female superhero of the decade, and it turns out she doesn’t even want to be a superhero anymore.”

Next: This character’s complicated back story is missing entirely from this film. 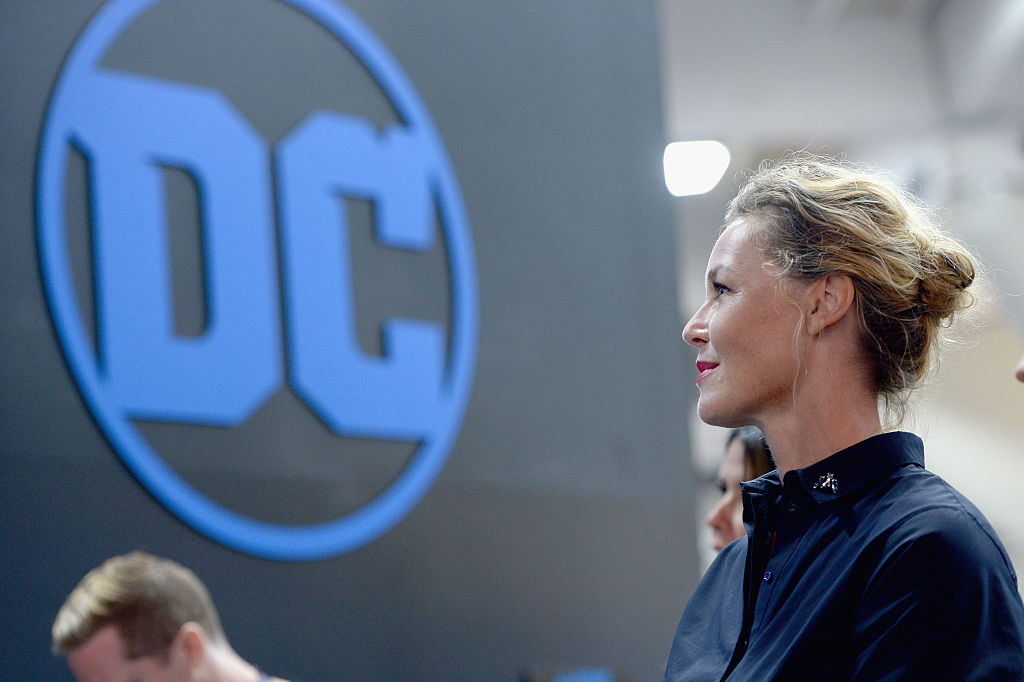 DC has to do better with its portrayal of female characters. | Charley Gallay/Getty Images for DC Entertainment

Harley Quinn and the Joker’s relationship is twisted, no two ways about it. In the comics, she spends a lot of time and emotional energy battling her own internal demons about it. While the original story does a good job of examining why women stay in abusive situations, the Suicide Squad film relays none of that. Fans will already know the nuance, but it’s lost on the movie-only audiences, and that’s a real problem.

Next: This character seems feminist, until we look closer.

10. Marvel: Gamora has to show weakness to be lovable 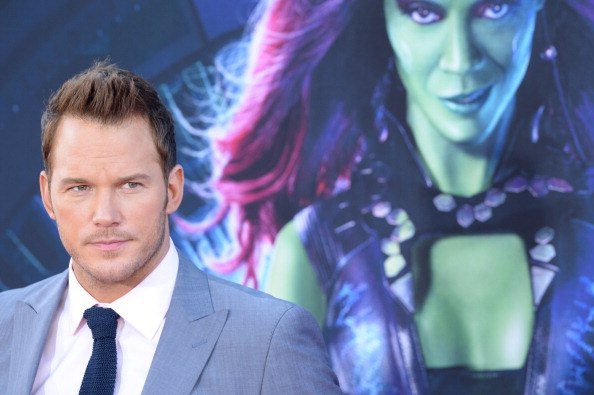 Actor Chris Pratt at the world premiere of Guardians Of The Galaxy. | Robyn Beck /AFP/Getty Images

Guardians of the Galaxy did women well on the whole, with killing machine Gamora. But before Starlord can fall in love, of course he has to rescue her. After he does so, the two start throwing sexy banter as much as punches. While we all enjoy a good love story, it essentially demotes one of the most powerful women in the universe to yet another sex object.

All in all, superhero films have a long way to go before they totally pass the Bechdel Test. Hiring more female writers and directors marks a great start, but the men involved must step up, too. Together, we can make sure both DC and Marvel universes are created equal.