We’re still in the first season of The CW’s Legends of Tomorrow, and already the series has proven itself in a big way. It’s certainly not Breaking Bad, but it’s also exactly the kind of show you’d expect it to be: already more exciting than Arrow’s current season, and just a shade behind The Flash in terms of overall quality. Part of its massive appeal surrounds its ensemble cast, composed of B-list DC characters thrust into the foreground as primary heroes.

In the spirit of this, it appears as though Legends of Tomorrow isn’t finished swelling its ranks. Five teasers released to DC’s Instagram account hint at some interesting additions to the team, as The CW continues to dig deep into the comic book roster. Our Legends team travels throughout time and space, so it only makes sense for them to encounter superheroes from every DC era. In keeping with the spirit of embodying the more ridiculous aspects of their source material, it looks like these new Legends will be right at home. Hourman is a hero that many casual comic book fans likely never would have given a second thought were it not for DC’s Legends of Tomorrow tease. Known also by his alter ego, Rex Tyler, his superpowers are derived by a special vitamin of his own making, known as “Miraclo.” The supplement grants its user increased speed, strength, and stamina, with one caveat: It only lasts for a single hour (hence the hourglass in the Instagram teaser). Incidentally, he’s been around in the comics since 1940, so Legends is already diving deep into the vault in Season 1. Not to be confused with the master of dreams in Neil Gaiman’s series by the same name, Sandman’s actual abilities are decidedly less supernatural. He’s more known for his trademark gas mask and sleep-gas-emitting gun than for invading actual dreams, although some iterations of the character do involve him experiencing quasi-prophetic dreams. If and when our Legends encounter Sandman (known also by his alter ego, Wesley Dodds), it’ll likely be right in the World War II-era United States, with the character’s origins dating all the way back to 1939. 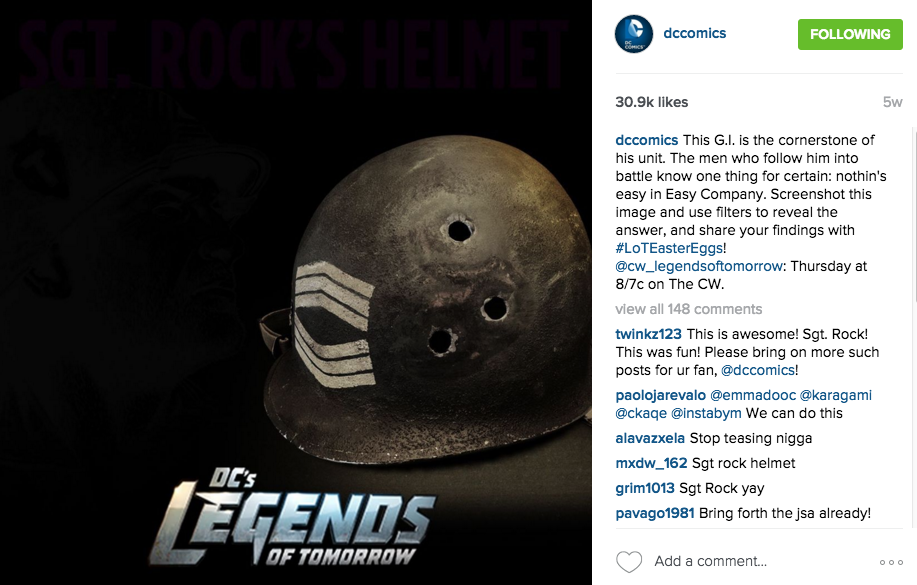 Sgt. Rock is a character likely to appear alongside Sandman in some capacity. He’s a war hero from WWII, putting him in a timeline that sets him well as a main adversary for Vandal Savage, especially knowing that Savage is maneuvering behind the Third Reich as part of his plan for global domination. Rock possesses no special abilities per se, but he is an accomplished marksman and skilled hand-to-hand combatant. He should fit right in with our lovable band of Legends misfits all the same. The appearance of Ma Hunkel as the first iteration of Red Tornado qualifies as one of the more insane inclusions anywhere in The CW’s expanded DC universe, and that’s saying something when you factor in King Shark and Gorilla Grodd’s appearances on The Flash. The cooking pot with eye-holes you see in the Instagram teaser above is no mistake either: Ma Hunkel’s costume consisted of long-johns and that same pot, with “abilities” consisting of “surprising physical strength” and “a good cook.” How Legends of Tomorrow will incorporate this is unclear, but it’s an odd move that could pay off in spades down the line. Sadly, most people will recognize Jonah Hex from the patently awful movie by the same name, starring Josh Brolin and Megan Fox. Hex will soon get his chance at redemption though, as the gunslinging bounty hunter gears up for a role alongside the other Legends. Unlike the other heroes teased at by DC, he’s decidedly not a WWII-era character, spending his time roaming the Wild West in the mid-1800s. Thankfully, our heroes have a time machine that can place them smack dab in the middle of Jonah Hex’s stomping grounds. Dr. Mid-Nite is yet another World War II-era hero, possessing near-perfect night vision at the expense of blindness brought on by sunlight. He’s a metahuman known for his trademark smoke-bombs, as well as his medical expertise as an actual doctor, making him a great fit for the Legends whenever he does show up in the near future. If this tease is evidence of anything, it’s that Legends of Tomorrow is going to heavily feature WWII as a battlefield for the continuing fight against the immortal Vandal Savage. 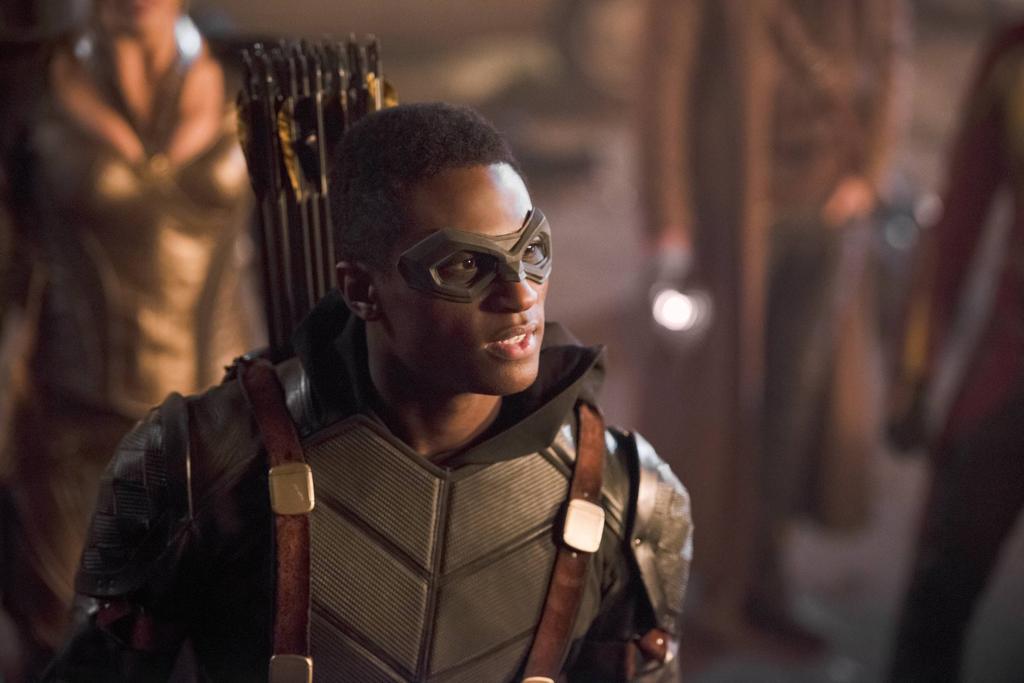 For the appearance of Connor Hawke, we go into the future, not the past. Hawke first appeared in the latest run of episodes of Legends, as the erstwhile son of John Diggle, having assumed a new name as he defends Star City in the absence of Oliver Queen. Rip Hunter and his team are seeking to change the future Hawke lives in, and some have theorized that this could lead to a new version of the hero in a different timeline, that the Legends eventually invite to join them on a permanent basis.