Why ‘Dead Space’ Fans Should Be Excited for ‘Prey’

Things have been pretty grim for horror game fans lately, at least if your primary focus is on AAA games on consoles. Big-budget horror games have been few and far between lately, and the cancellation of Silent Hills and removal of P.T. has added insult to injury. There’s a steady trickle of smaller horror games, mostly from indie studios, but AAA horror shooters in the manner of Dead Space just don’t come around often. That’s where Prey comes in.

While Prey shares a title with a game from 2006, the two games have nothing to do with one another. The new Prey, which is slated for release some time in 2017, is being developed by Arkane Studios, the company behind the Dishonored series. According to Arkane President and Creative Director Raphael Colantonio, it’s “a reimagining of the IP” that effectively starts with a blank slate.

When describing the basic setup for the game, Colantonio said something that made the Dead Space fan in me eager for more: “You’re onboard a space station, and there are aliens, and you have to survive.”

That summary also applies to Dead Space, a game series that’s either finished or in a state of suspended animation, with no announced (or even rumored) plans to bring it back. Will Prey scratch the Dead Space itch? So far, it’s looking good. Based on the game’s setting, the tools at your disposal, the alien enemies, and the big-budget shooter vibe, all signs point to Prey delivering many of the same (morbid) pleasures as Dead Space. 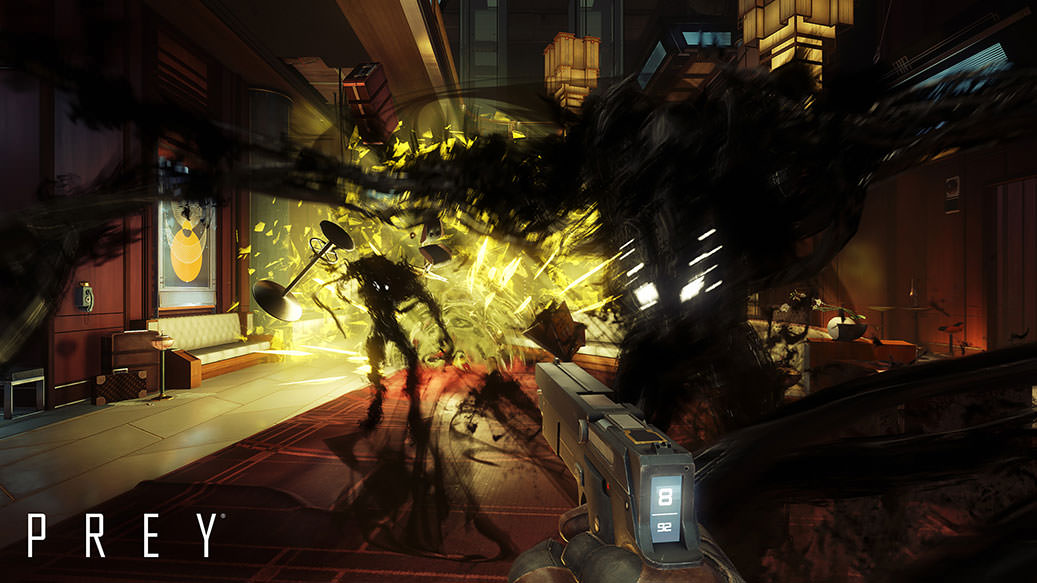 Prey takes place on the Talos 1 space station. You play as Morgan Yu, a character whose gender you get to choose at the game’s start. The developers haven’t gone into specifics regarding the storyline, but we know a little about the dark, wispy creatures you can see in the trailer. The short four-legged spider-like creatures are Mimics, and they have the unfortunate ability to transform themselves into just about anything, a table, a clipboard, a mug of coffee. If you’re not careful, a pen could shift into a Mimic right next to you.

More than a straight-ahead shooter 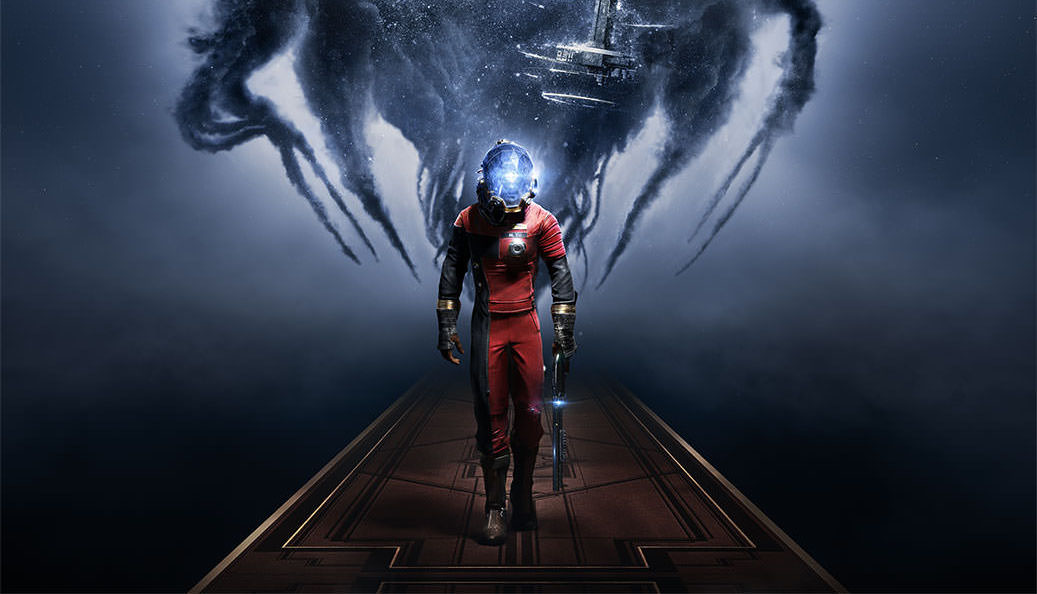 Fighting off the aliens is what the game is all about. To do that, you have a number of tools at your disposal. In addition to standard weapons, you’ll gain various powers from the aliens as the story progresses. Called Neuromods, these powers can do all kinds of things to help you fight and move around. In fact, you can gain the Mimic’s ability to transform yourself in order to hide or to squeeze through tight spaces.

Like in Dead Space, the items you’ll find useful aren’t just standard weapons. The space station is a science lab, so you’ll find gadgets you can repurpose for use in combat. If you primarily like to blow stuff up, don’t worry, you’ll still get a shotgun.

Based on the trailers, it’s obvious Prey is a horror game, but Colantonio is cagy on this point. “It’s not horror,” he says. “The psychological thriller dimension is more around the theme of identity. Who are you, exactly?”

Sure, but when amorphous monsters creep around in shadows, cause your eye to turn red, and jam tentacles down the throats of your colleagues… That may be a psychological thriller about identity, but with respect to Mr. Colantonio, it’s clearly horror, too.

It’s also clearly like Dead Space, a game that starred a normal engineer, forced to fight aliens while losing his sanity. So if you’ve been mourning the loss of the Dead Space franchise since it winked out of existence in 2013, Prey looks like the next best thing. And who knows, it may do Dead Space one better.