‘Deadpool’: What We Know From the Shocking New Trailer

Of all the superhero movies coming up, Deadpool is the one that has had us buzzing the most. We want to see Batman go toe-to-toe with Superman just as much as the next guy, but there’s something about an R-Rated meta-commentary comic book hero that elicits a whole separate level of excitement. It’s a project that’s been years in the making, originally thought to be effectively killed by the ill-fated X-Men Origins film that literally sewed Deadpool’s mouth shut.

After test footage for a full-on feature starring Ryan Reynolds leaked, it didn’t take long before the reactions of fans across the globe convinced 20th Century Fox that they were sitting on a gold mine of a movie. It became a passion project of Reynolds, as he tussled with the studio to gain the R-Rating that a Deadpool film absolutely needs. Eventually he got the green-light, bringing us to where we are now. The first full trailer debuted last night on Conan, along with a very NSFW red band version that teases at a movie that completely captures the spirit of its titular merc with a mouth.

1. This won’t be a repeat of the Green Lantern debacle 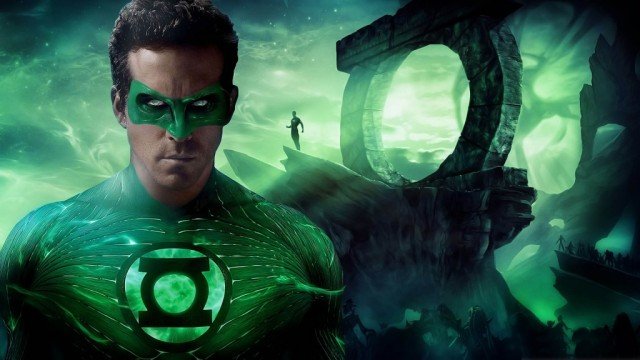 Before Ryan Reynolds was Deadpool, he was the Green Lantern, starring in a movie by the same name from Warner Bros. Four years later, the movie is widely regarded as one of the worst superhero movies ever made, thanks in large part to a series of poor decisions by the folks in charge. Most significantly, they made the decision to make Green Lantern’s suit a CGI effect rather than a real costume. In the Deadpool red band trailer, we see a callback to that, with Wade Wilson making one request: “Please don’t make the super-suit green…or animated!”

2. The meta-humor of the comics won’t be lost on the movie

We see brief glimpses of the fourth-wall breaking that defines the Deadpool comic in the debut trailer, but the real self-awareness for this project belongs to 20th Century Fox. The day before the full version came out, the studio released a teaser that showed us they realize the extent of their failures from Deadpool in X-Men Origins . The opening seconds to the teaser feature a voiceover that advertises the upcoming movie as coming “from the studio that inexplicably sewed his f*cking mouth shut the first time,” and it’s this kind of self-awareness that could make this a comic book movie with no equal.

3. Deadpool will earn its R-Rating 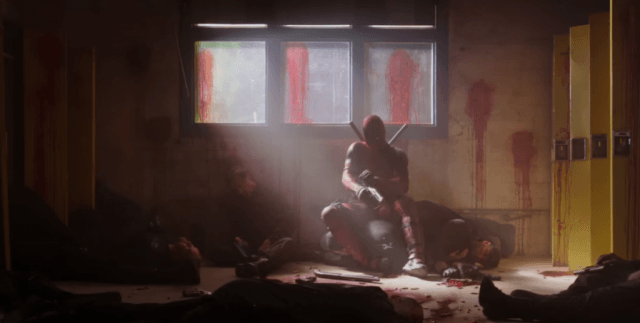 We haven’t seen a comic book movie score an R-Rating since The Punisher: War Zone, and for good reason. The last thing a studio wants to do is lock out a large portion of its box office appeal for the sake of blood, gore, and foul language. Deadpool though cares littles for this, and the red band trailer puts that on full blast. We see frequent swearing, Tarantino-esque levels of violence, and a general tone that practically screams, “don’t bring your children to this movie.” In order to truly capture the spirit of the comics, any film adaptation would need to revel in the irreverence of its source material; from the look of it, we’ll be seeing just that.

4. We’ll see at least two other mutants from the X-Men universe 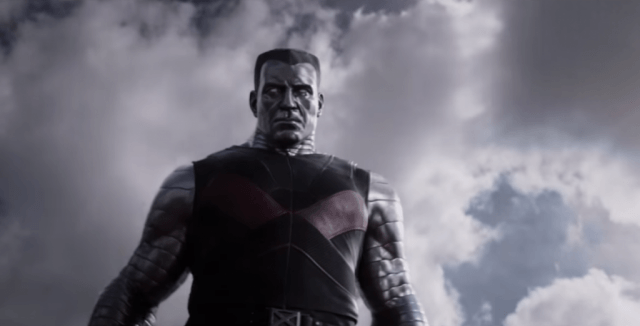 Lest we forget, Deadpool gains his superpowers from the same government organization that coated Wolverine’s bones in adamantium. This places him firmly in 20th Century Fox’s X-Men canon, so it’s only natural that other mutants make appearances as well. In the trailer, we catch glimpses of at least two of them, in Colossus and Negasonic Teenage Warhead. We’ve seen the steel-skinned Colossus in previous X-Men movies, but for Deadpool he’s been recast, while the telepathic Negasonic Teenage Warhead will be making her movie debut.

5. We’re seeing a rare instance of a movie studio going out on a limb

20th Century Fox stands to make a whole lot of money if this movie is as good as it looks based on early returns. But Deadpool also represents a massive risk. Between its R-Rating and its meta tone, there’s really no precedent for it in Hollywood. We rarely see a movie studio roll forward with anything that isn’t a sure thing, and yet here we see Fox truly going out on a limb. Our titular hero does come with a built-in cult audience, but those fans can turn on a dime if the studio messes up Deadpool for the second time inside of a decade. There’s a lot at stake here for the future of comic book movies, and we applaud Fox for moving forward anyway.