‘Deadpool’: Earns Buzz With $150 Million at the Box Office

Well, the numbers are in, and one thing is obvious: Deadpool was a runaway hit. Over its opening weekend, it shattered the record for the biggest opening weekend for an R-rated release, taking the seventh spot for comic book premieres and the No. 1 spot for any movie set in the X-Men universe. 20th Century Fox is seeing green, and you can bet that the rest of Hollywood will try to imitate Deadpool‘s success. The question now is whether the film industry will learn the right lessons. History tells us it won’t, but we can always dream, can’t we?

What are those lessons? First we have to dig into the “why” of Deadpool‘s record-breaking opening, asking a few key questions: Why did people love this movie? Why did they flock en-masse to an R-rated release despite data telling us that PG/PG-13 ratings almost always equate to better box office numbers? Why did a movie that floundered in development hell become an icon for what modern comic book movies should be? We have answers to all those questions and more.

1. Imitating the spirit, not the execution

Hollywood has developed an unsettling habit throughout its history. That habit involves seeing a surprisingly successful movie resonate with audiences, and then making carbon copies of that movie ad naseam. In a recent Facebook post, Guardians of the Galaxy director James Gunn laid it all on the table.

After every movie smashes records people here in Hollywood love to throw out the definitive reasons why the movie was a hit. I saw it happen with Guardians. It ‘wasn’t afraid to be fun’ or it ‘was colorful and funny’ etc etc etc. And next thing I know I hear of a hundred film projects being set up ‘like Guardians,’ and I start seeing dozens of trailers exactly like the Guardians trailer with a big pop song and a bunch of quips. Ugh.

He goes on to tie that into Deadpool, and the inevitably wrong lessons the film industry will end up learning from its box office success. “For the theatrical experience to survive, spectacle films need to expand their definition of what they can be. They need to be unique and true voices of the filmmakers behind them. They can’t just be copying what came before them,” Gunn says. Essentially, he’s telling us that the next round of superhero movies shouldn’t just be meta, R-rated quip-fests, but should instead capture the spirit of Deadpool: making something incisive, unique, and wholly innovative.

2. Running with new and interesting ideas

Deadpool resonated the way it did with audiences because it was something we’d all never really seen done before. What’s insane is that it almost wasn’t made; it took an illegal leak of test footage that was never supposed to see the light of day for Fox to even consider putting the project into production. Simply put, this movie wasn’t supposed to exist, and if the studio had gotten its way, we’d have been far worse off for the film’s absence. In the end, 20th Century Fox raked in its millions at the box office anyway. What’s more is that they get to look like the geniuses that gave a weird idea a shot.

The rest of Hollywood needs to take note of more than just the subversive and raunchy humor of Deadpool. More than that, they need to realize that there’s plenty of room out there for a crazy concept. In fact, the paint-by-numbers superhero flicks are the ones that no one wants to see anymore, evidenced by the repeated flops of the Fantastic Four franchise. Give your audience something they’ve never seen before, and they’ll flock to the theater opening weekend accordingly.

3. Not all superhero movies need to be kid-friendly 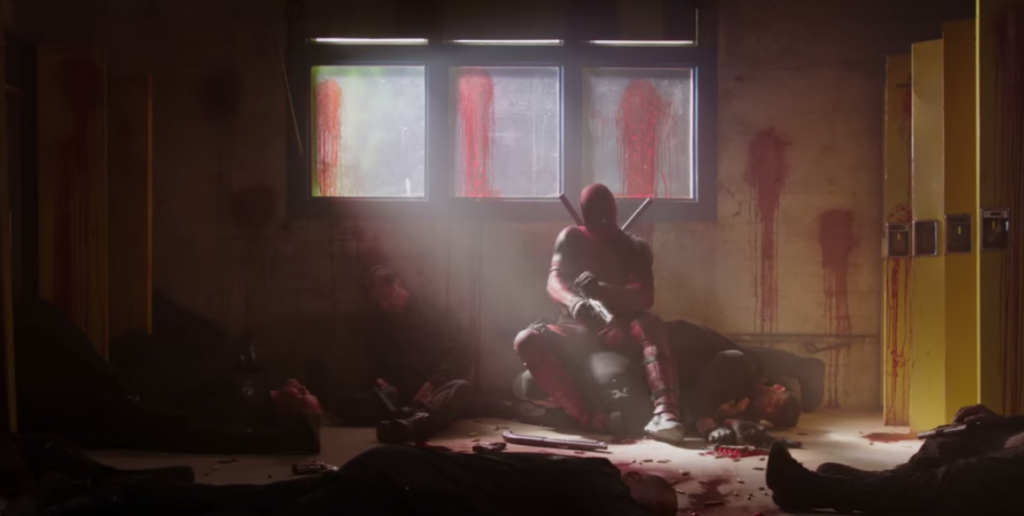 This is a lesson actively taught to us by both Daredevil and Jessica Jones, but it wasn’t until Deadpool that we saw that carry over to cinema. Ensuring your comic book movie gets a PG/PG-13 rating is about appealing to the widest possible audience. It’s a pretty simple numbers game all told: An entire family waiting in line on opening night makes a studio more money than Mom and Dad going it alone.

Deadpool though flies in the face of this entirely. It’s a movie that treats its audience like adults, all while earning every bit of its R-rating. Of course violence and language aren’t enough to drive a good movie by themselves, shown to us firsthand by two subpar Punisher movies. It’s more about demonstrating that your comic book movie doesn’t need to be kid-friendly in order to be successful, and Deadpool teaches us that in spades.