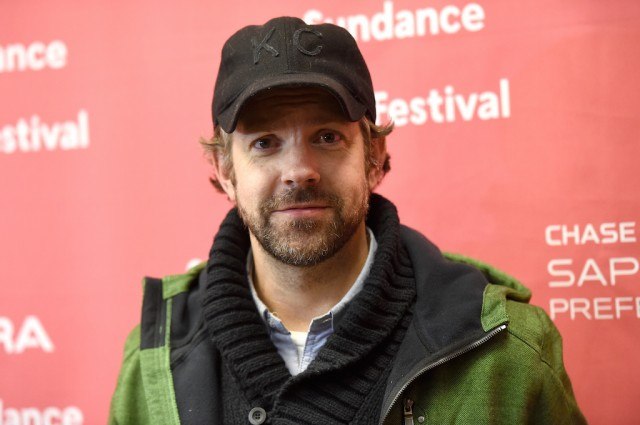 Jason Sudeikis may help bring Comedy Central its next hit. The actor and SNL alum is set to executive produce, as well as act in, the channel’s new Motor City-themed comedy, Detroiters.

According to Deadline, Comedy Central has just issued a 10-episode series order to the new show, created by SNL writer Tim Robinson and Veep‘s Sam Richardson. The series will reportedly star Robinson and Richardson as a couple of small-time Detroit ad men, who aspire to help turn their hometown back into the glittering jewel of the Midwest that it once was.

Aside from starring in the show, Robinson and Richardson (both of whom are Detroit natives) will serve as co-writers and co-executive producers alongside Joe Kelly (SNL, How I Met Your Mother) and Zach Kanin (SNL). Lorne Michaels will also executive produce via his Broadway Video banner.

As for Sudeikis, he will have a recurring role on the series, in addition to executive producing. The actor will reportedly appear in a limited number of episodes as a successful automotive executive that Sam and Tim relentlessly pursue in an effort to land their first big-time client.

While more details about Detroiters haven’t been released, the strong team that the project has assembled both behind and in front of the camera is certainly worth noting. As Comedy Central’s Kent Alterman said of the project, “The creative team on Detroiters is so ridiculously funny, we’re not even sure we deserve them.”

Many of the actors and producers involved in the series are comedic vets with a long list of impressive credits behind them. Case in point? Robinson had guest appearances on IFC’s Documentary Now! and Comedy Bang Bang over the last year. He also still serves as a writer on Saturday Night Live.

Meanwhile, Richardson has appeared in Comedy Central’s Drunk History, NBC’s The Office, and Arrested Development. He also joined HBO’s Veep in season three in the recurring role of political staffer Richard Splett and was promoted to regular cast member last season. He’s expected to continue his work on the critically acclaimed series while starring in Detroiters.

On the feature film side, Richardson has previously appeared in the comedies Horrible Bosses 2 and Spy. Next up, he’s set to appear in Zac Efron and Anna Kendrick’s upcoming Fox comedy flick Mike And Dave Need Wedding Dates, as well as in Neighbors 2 and The House. He will also make a cameo in the new Ghostbusters.

As for Sudeikis, Detroiters is the latest in a jam-packed slate of upcoming projects. The actor stars in the drama The Devil and the Deep Blue Sea and biographical flick Race, both expected to premiere sometime next year. He’s also filming the comedy Mother’s Day, which is due out in April, and will also lend his voice to a character in The Angry Birds Movie, slated for May.

With such a skilled comedic cast and crew, Detroiters seems like another promising project for Comedy Central. The channel has been on a roll lately, thanks to the success of shows like Broad City, Inside Amy Schumer, and Another Period. Whether Detroiters will be prove to be another hit remains to be seen.

While fans will have to stay tuned for more details, it seems they can expect the series to air sooner rather than later. The show is still working on a home base for filming. Though the original plan was to shoot in its namesake city, recent changes in Michigan film incentive law may mean filming will have to take place in LA or New York. Regardless, production on Detroiters is expected to start in summer 2016 with a projected premiere in early 2017.