‘Die Hard’ Is Getting a Prequel, and It Sounds Terrible 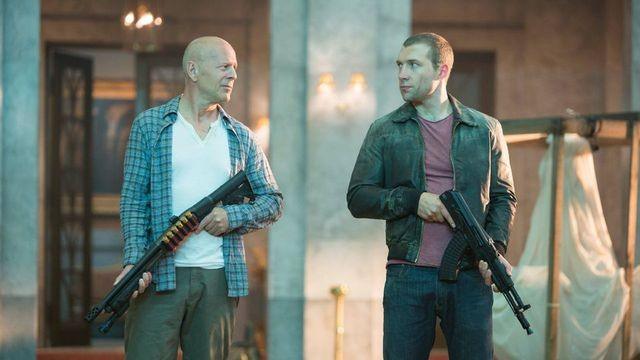 It looks like it’s even harder to kill John McClane than we all thought. According to Deadline, Fox is planning on re-teaming with director Len Wiseman to make a possible sixth installment of the Die Hard franchise, which will reportedly serve as a prequel.

While it’s still very early on in the development process, Deadline reports that Fox is referring to the potential movie as Die Hard: Year One. As the name suggests, the idea is for the film to provide an origin story for the action series that turned Bruce Willis into a full-blown movie star. The film will reportedly take place mostly in 1979, when Willis’s character, McClane, was just an ordinary cop in gritty New York City. It will chronicle how exactly he becomes a “die hard” kind of guy. [Update, 1/21/16: In an interview with Collider, director Len Wiseman confirmed that the setting of the movie would alternate between 1979 and present day, and would show the “actual love story” between McClane and his wife, Holly.]

Wiseman is currently making a deal with Fox to return as director. The filmmaker has a history with the franchise, having previously helmed 2007’s Live Free or Die Hard. That movie, the fourth in the Die Hard action series, was relatively well-received and ended up grossing $383 million worldwide. Now, he’s looking to rejuvenate the series once again with Die Hard Year One, which he would develop alongside producer Lorenzo di Bonaventura if a deal is eventually closed.

As for Willis, the actor hasn’t officially boarded the film just yet, but is apparently being kept updated throughout every stage of the development process. If he returns, he would be working alongside a younger actor who would portray the youthful version of McClane. It wouldn’t be the first time that Willis teamed with a younger actor playing the same character — Joseph Gordon-Levitt previously played the young version of him in Rian Johnson’s Looper.

Die Hard made its last appearance on screen in 2013 with the John Moore-directed A Good Day To Die Hard. Though the movie was largely panned by critics and fans alike, it grossed just north of $300 million worldwide. Given its lucrative box office performance, it should come as no huge surprise that the studio is looking to find a way to extend the franchise. Still, there’s such a thing as beating a dead horse and most seem to agree that Die Hard Year One sounds like it would be doing exactly that.

Why? For one thing, making a sixth sequel to a franchise that’s arguably already outrun its course is a stretch in itself. Plus, having Willis mostly on the sidelines while a younger actor tries to recapture the magic of the character doesn’t sound particularly appealing. But it’s the prequel plan that poses the biggest problem. As countless fans have already pointed out, Die Hard already has an origin story: It’s called Die Hard. The whole point of the original film is to capture how ordinary joe John McClane gets put in an extraordinary situation. Adding in a prequel would only take away from the narrative that made that first film so loved.

With Wiseman’s contract still in negotiation and a screenwriter not yet on board, the project isn’t a sure thing yet. But we all know Hollywood doesn’t let go of profitable franchises easily, so fans should probably resign themselves to the idea of getting a Die Hard prequel, whether they want it or not.