‘It’ Director Wants Jessica Chastain to Play Beverly in the Sequel

Jessica Chastain might play Beverly in the It sequel.

Immediately after It opened in theaters on Friday, fans began to suggest that Chastain should star as the adult version of Beverly in the sequel, if only because of the physical resemblance and because Chastain is the right age for the part. Now, director Andy Muschietti is weighing in on this and suggesting that the Chastain casting could actually happen.

“Jessi is an amazing actress and very good friend and I would love her to play Beverly,” he told Variety. “…Yeah, she loves the movie and it feels like the planets are aligned in that sense, but we still have to make that happen. There are a lot of ideas for the rest of the cast that I’m playing with, but it’s a bit too premature to say those names right now.”

Director Andy Muschietti has a personal relationship with Jessica Chastain, as she starred in his previous horror film, Mama. With that in mind, and knowing that she loved the first It, it makes perfect sense for Chastain to be cast in the role of adult Beverly. It also sounds like Chastain is Muschietti’s ideal choice for the role, though it’s still a bit to early to be making these casting determinations.

Plus, it remains to be seen whether Jessica Chastain will have room in her schedule even if she wants to star in It: Chapter Two. She keeps herself fairly busy, and according to IMDB, she is currently attached to eight upcoming movies. Three of those are films that have already been completed or are currently in post-production: Woman Walks Ahead, Molly’s Game, and The Death and Life of John F. Donovan. One is currently filming: X-Men: Dark Phoenix. One is in pre-production: George and Tammy. And three are movies that have been announced but that she’s not currently filming: Seducing Ingrid Bergman, Painkiller Jane, and The Division. 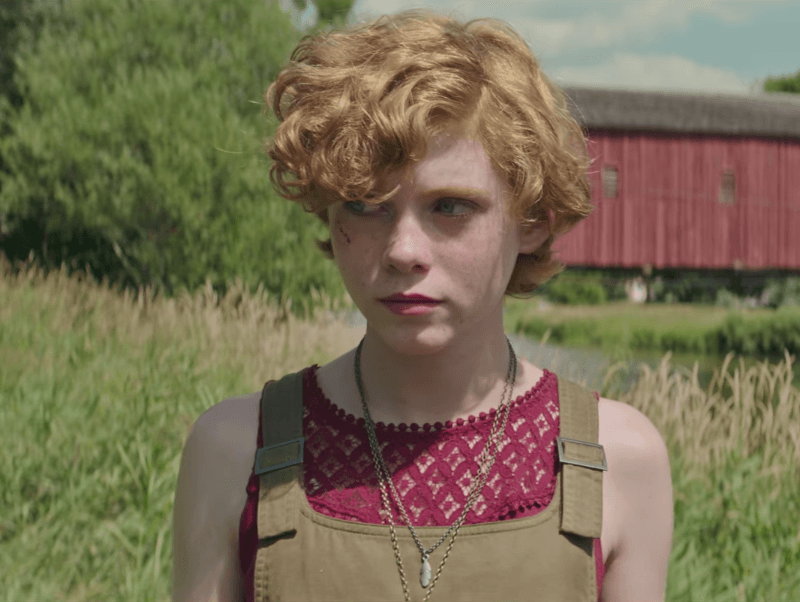 Beverly in It. | Warner Bros.

It’s unclear when she will be needed for those films, but this is likely what will determine whether she stars in It: Chapter Two. The horror sequel is expected to go into production in spring 2018 for a likely September 2019 release.