‘Disenchantment’ Voice Cast: Where You Recognize All the Actors From

Netflix subscribers tuning into Disenchantment this weekend should expect to hear quite a few familiar voices. After all, the new Matt Groening animated series has a star-studded cast, some of whom previously worked with Groening on The Simpsons and Futurama. So who are the actors behind this new show, and where might one recognize their voices from?

First and foremost, Disenchament‘s lead character of Princess Bean is played by Abbi Jacobson, who you’ll recognize for playing Abbi on the Comedy Central series Broad City. She hasn’t done a lot of voice acting work prior to Disenchantment, although she did play Nya in The LEGO Ninjago Movie.

Next up is Elfo, who is played by Nat Faxon. In addition to being a writer and director, you may recognize him for playing Nick in the Netflix series Friends From College. If you have kids, you also might recognize his voice, as he plays Captain Underpants in the Netflix series The Epic Tales of Captain Underpants, and he also plays Pickle in the Nick Jr. series Blaze and the Monster Machines.

Eric Andre plays Luci, Princess Bean’s personal demon, and you’re most likely to recognize him from The Eric Andre Show. He has also had on-screen roles on Don’t Trust the B—- in Apartment 23 and Rough Night, and he lent his voice to individual episodes of shows like Animals and American Dads.

The voice you may recognize most immediately in Disenchantment, though, is King Zøg, as he is played by John DiMaggio. DiMaggio is a legendary voice actor whose most well-known character is probably Bender from Futurama, but he has also voiced Jake in Adventure Time, Brother Blood in Teen Titans, Scotsman in Samurai Jack and many other characters in a variety of other shows.

Speaking of legendary voice actors, you’re also likely to recognize the voice behind the characters of Sorcerio, the Jester, Mertz, and Pops the Elf. These characters are played by Billy West, who voiced many of Futurama‘s most iconic characters including Fry, Professor Farnsworth, Zoidberg, and Zapp Brannigan. He also voiced both Ren and Stimpy on The Ren & Stimpy Show, as well as Doug Funnie on Doug.

The iconic voice actors associated with this show don’t stop there, as the man behind Odval is Maurice LaMarche, who played The Brian in Pinky & the Brain and a wide variety of characters on Futurama, including Calculon. 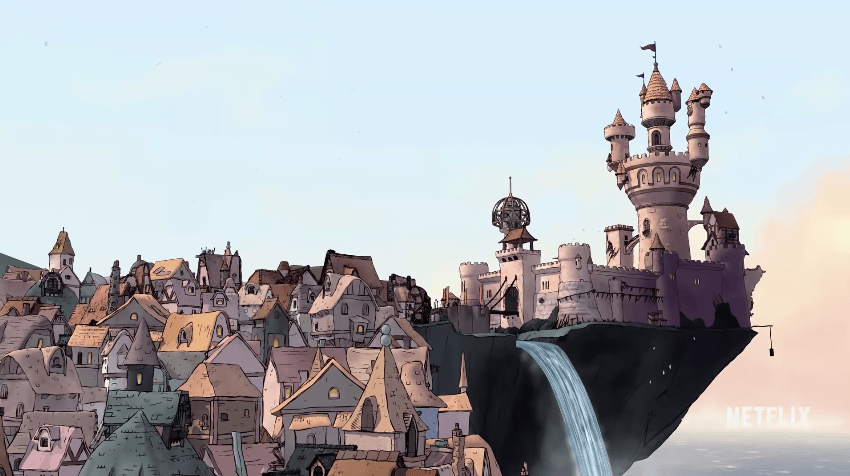 The actress behind Queen Oona, Prince Derek, and the Fairy is Tress MacNeille, who voiced literally dozens of characters on The Simpsons and Futurama, including The Simpsons‘ Agnes Skinner and Crazy Cat Lady, as well as Futurama‘s Mom and Guenter.

David Herman plays The Herald, Guysbert, and Jerry, and once again, Futurama fans might recognize his voice; he plays a variety of characters on that show, most notably Scruffy. He was also a cast member of MADtv.

Starring as Prince Merkimer is Matt Berry, who is most well known for the sitcom Toast of London, as well as for The IT Crowd. You’ll also recognize his voice if you’ve watched Brickleberry, as he plays the show’s main character, Steve Williams.

Finally, Disenchantment‘s cast also includes Rich Fulcher, Noel Fielding, and Lucy Montgomery, all three of whom are known for The Mighty Boosh.

Disenchantment has received fairly positive reviews from critics, although some feel that it’s a bit of a step down compared to The Simpsons and Futurama and may need some more time to find its footing. Netflix has already ordered an additional 10 episodes.