Recently added to the long list of almost Disney directors is Colin Trevorrow. Meanwhile, J.J. Abrams is now on deck. There seems to be a pattern emerging, involving the firing of directors on Disney projects amidst differing creative ideas.

Read on to find out why Trevorrow left Star Wars: Episode IX (or if the project left him), more on Disney’s history of letting directors go, and who really has the last say on the set of a Disney movie.

Earlier this week, the Star Wars website posted a statement about Trevorrow’s departure from the film. The statement read:

Lucasfilm and Colin Trevorrow have mutually chosen to part ways on Star Wars: Episode IX. Colin has been a wonderful collaborator throughout the development process but we have all come to the conclusion that our visions for the project differ. We wish Colin the best and will be sharing more information about the film soon.

Passionate Jurassic World fans are surely disappointed, as Trevorrow was the blockbuster hit’s director and co-writer. Trevorrow is also known for the indie film, Safety Not Guaranteed, starring Aubrey Plaza and Mark Duplass. Star Wars: Episode IX would have made a nice little addition to his resume. 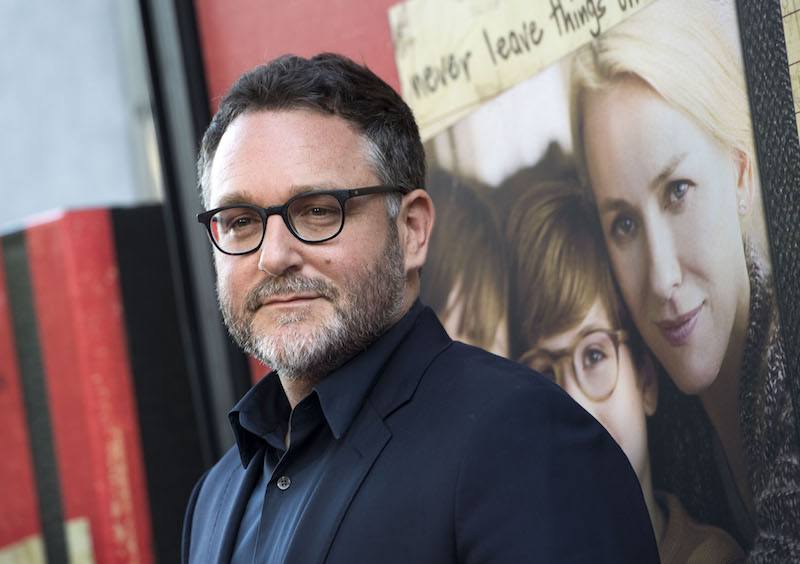 Vulture suggests that part of the reason Trevorrow departed so abruptly could be that one of his more recent projects, The Book of Henry, did so poorly. Writer Chris Lee suggests, “Trevorrow’s critically mauled, commercially stillborn art-house passion project — which arrived as the June follow-up to his $1.6-billion-grossing sophomore co-writing/directorial effort Jurassic World — may have given Lucasfilm cold feet.”

Though Jurassic World was a hit, after a flop like The Book of Henry, critics are wondering if Trevorrow had it in him to take on an intellectual property beast like Star Wars.

An anonymous source told Vulture that Trevorrow has always been very focused and particular about his work, but as soon as Jurassic World became such a huge success, “Trevorrow was unbearable.” His overinflated ego and inability to be malleable with the input given from the film’s producers could have been his ultimate demise.

4. When things started to fall apart

Trevorrow didn’t get very far along into the project before things started going south. During pre-production (the work done on a film before any of the full-scale production begins) for Episode IX, The Hollywood Reporter wrote that the relationship between Trevorrow and the head of Lucasfilm, Kathleen Kennedy, was already feeling tense, especially after multiple disagreements over various drafts of the script.

The poor response to Book of Henry definitely didn’t help matters. “When the reviews for Book of Henry came out, there was immediately conjecture that Kathy was going to dump him because they weren’t thrilled with working with him anyway,” an anonymous source told Vulture.

On Sept. 12, the Star Wars website officially welcomed J.J. Abrams as the film’s new director. Abrams will also be co-writing the script with Chris Terrio, the screenwriter behind Argo (which won the Academy Award for Best Adapted Screenplay in 2012). No stranger to the Star Wars franchise, Abrams also directed The Force Awakens in 2015.

It seems his relationship with the producers is anything but unmanageable.“With The Force Awakens, J.J. delivered everything we could have possibly hoped for, and I am so excited that he is coming back to close out this trilogy,” Kennedy said in the announcement.

6. This isn’t the first Disney director to leave a project prematurely

Disney has a history of dropping directors over creative differences. Trevorrow is not by any means, the first. Most recently, Kennedy fired Phil Lord and Chris Miller from the Han Solo movie with only a few weeks of principal photography left. Ron Howard was hired to replace them to finish out the production in London.

7. Who has the ultimate say — the director or producer?

All of these departures beg the question: Who’s really in charge when it comes to making a hopeful blockbuster film? Entertainment Weekly suggests that, traditionally, the power belongs to the director. “In moviemaking, there is one god — and for most of Hollywood history it has been blasphemous to suggest otherwise. That deity is the director, from whom all creation springs,” Anthony Breznican writes. “But the balance of power can shift, and right now, producers are increasingly seizing it.”

Kennedy, Abrams, and Michelle Rejwan are now set to produce Star Wars: Episode IX. We’ll have to wait and see if it’ll be them calling “action” on the first day of filming.