Disney Moves Live-Action ‘Aladdin’ From December to May 2019

On Tuesday, Disney said that it would be moving Aladdin from its previous release date of December 20, 2019 to May 24, 2019, according to The Hollywood Reporter. The May release date is when Star Wars: Episode IX was previously scheduled to open, but that movie has been going through script issues that caused Lucasfilm to part ways with its director, and so after hiring J.J. Abrams to write and direct Episode IX, the company decided to delay the movie seven months.

Switching the two release dates makes sense, and December 2019 always seemed strangely far away for Aladdin. After all, while Star Wars: Episode IX doesn’t even have a completed script yet, Aladdin is already filming; Will Smith recently posted a photo from the set of himself with the cast.

We just started shooting Aladdin and I wanted to intro you guys to our new family… Mena Massoud/Aladdin, Naomi Scott/Princess Jasmine, Marwan Kenzari/Jafar, and I’m over here gettin my Genie on. Here we go!

Posted by Will Smith on Wednesday, September 6, 2017

To compare to another recent live action Disney movie, Beauty and the Beast started filming with its main actors in August 2015, and it opened in March 2017, 19 months later. Aladdin just started filming with its main actors, and it will now open in a little over 20 months, meaning director Guy Ritchie should have no problem completing the film by then.

May 2019 also makes more sense as a release date for Aladdin than for Star Wars. That’s because the untitled fourth Avengers film is scheduled to open in May, so if Star Wars remained there, Disney would have been putting two of its own action blockbusters up against each other. But now Avengers will have more room to breathe, and Aladdin theoretically captures a different demographic than Avengers and Star Wars. 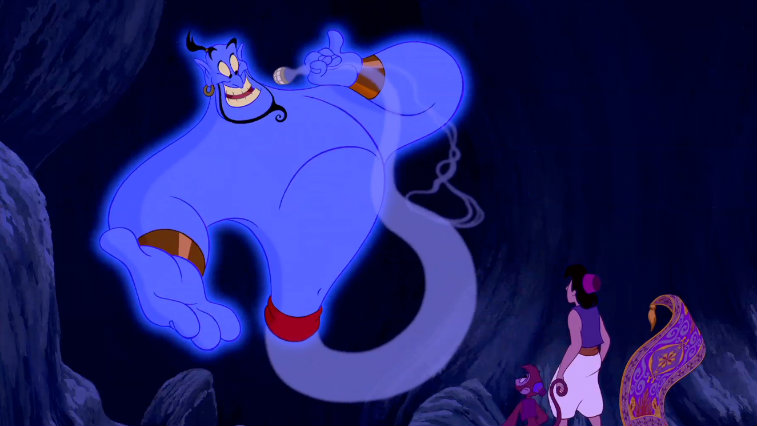 Still, the summer of 2019 is already looking to be a packed one, as it will see the release of the fourth Avengers film, Aladdin, Minecraft, How to Train Your Dragon 3, The Secret Life of Pets 2, Toy Story 4, the untitled seventh Transformers film, and the untitled Spider-Man: Homecoming sequel to name a few. Disney also currently has The Lion King scheduled for July 2019.