Even though they’re for kids, Disney movies are full of shockingly dark scenes that traumatized those who grew up with them, from Mufasa’s death to essentially the entire plot of Pinocchio. But sometimes, there are messed up moments in these movies that are subtle enough that you don’t actually pick up on them until years later — at which point you can’t believe something so disturbing was hiding in one of your favorite movies all along.

Whether they’re so well hidden that they’re almost impossible to catch or whether they’re just scenes with implications our innocent minds couldn’t understand as kids, here’s a look at some of the horrifying moments in Disney movies you may have never noticed.

1. Clayton’s body hangs from the vines in Tarzan 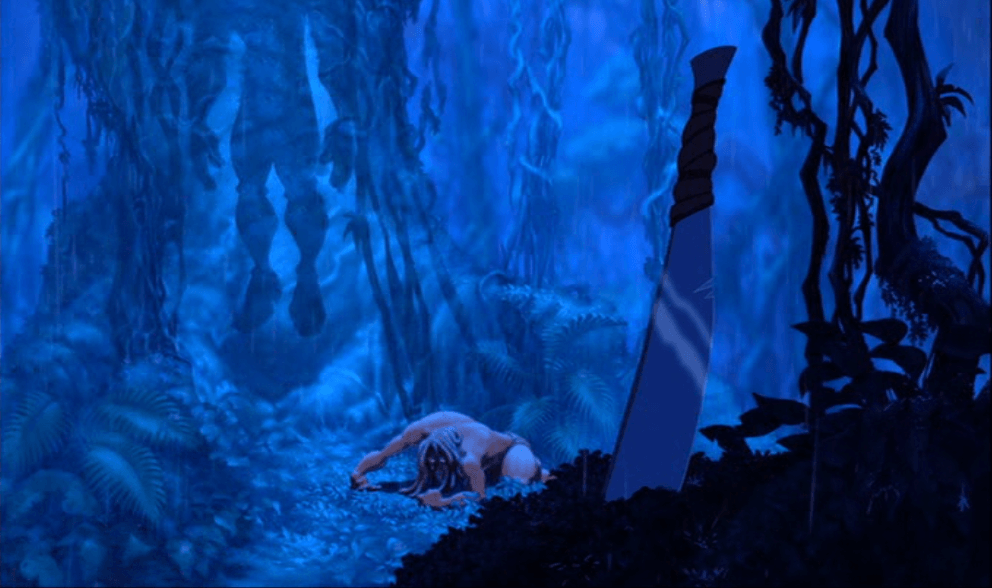 At the end of Tarzan, the villain, Clayton, becomes trapped in vines and falls to his death. This is often how Disney movies kill the antagonist: they just kind of fall off camera. This way, Disney can kill the character without showing kids the body and scaring them for life.

Except Disney totally does show us the body. After Clayton falls, the movie cuts to a shot of one of the vines, and it’s implied that he is hanged. Then, it cuts to a shot of Clayton’s machete landing on the ground. Our eyes immediately focus on the machete and then on Tarzan landing.

This may have caused you to overlook the fact that Clayton’s dead body casts a fairly graphic shadow in the background. Not having noticed this as a kid is extremely common; on the YouTube upload of this scene, the comments section is chock-full of people only seeing the shadow for the first time now. It’s like the film equivalent of discovering the hanged man at the beginning of the Haunted Mansion ride. Once you see it, you’ll never not notice it.

Next: This moment in Beauty and the Beast is so subtle, it’s basically impossible to notice without freeze framing.

2. There are skulls in Gaston’s eyes in Beauty and the Beast 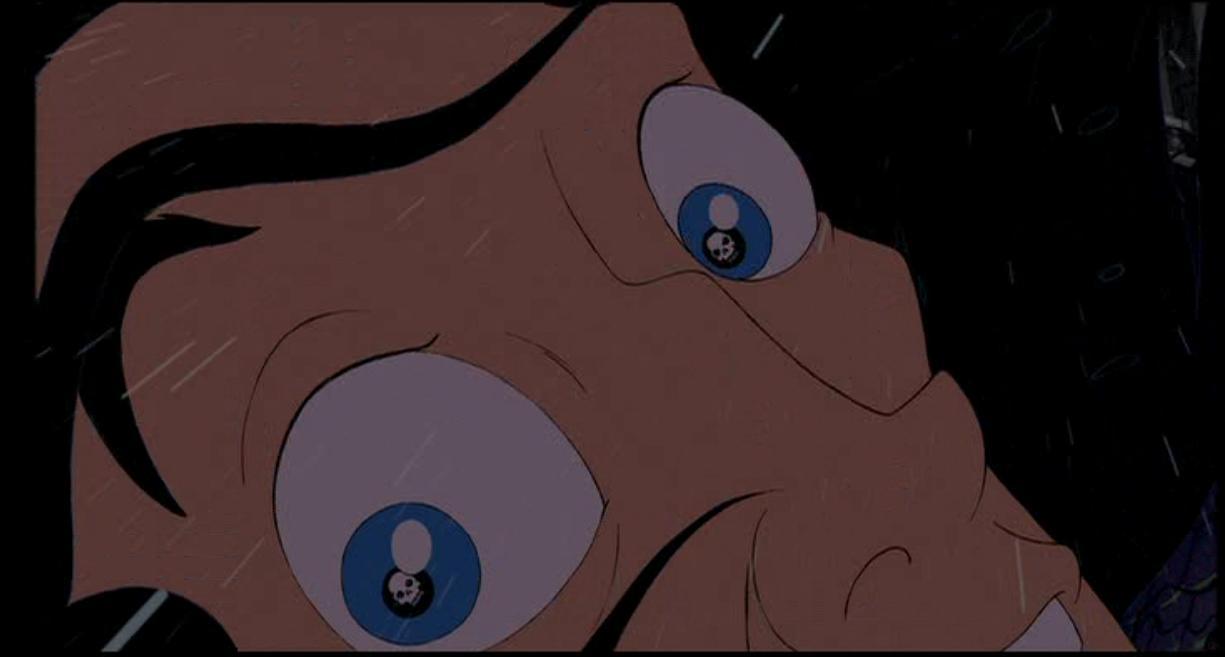 Speaking of Disney movies where the villain falls and dies, that’s also how Beauty and the Beast ends. After Gaston stabs the Beast, he loses his balance and falls off the rooftop.Even though he’s the villain, watching a man fall to his death is already pretty scary when you’re a kid. But what you missed is that for a few frames as Gaston is falling, you can see skulls in his eyes.

Just imagine being a kid watching the movie on VHS without the internet and suddenly noticing the horrifying skulls that were hidden in the movie all this time. It’d be enough to give you nightmares.

Next: This scene in The Little Mermaid is super dark when you stop to think about it.

3. Ariel seems cool with eating a crab that looks just like Sebastian in The Little Mermaid 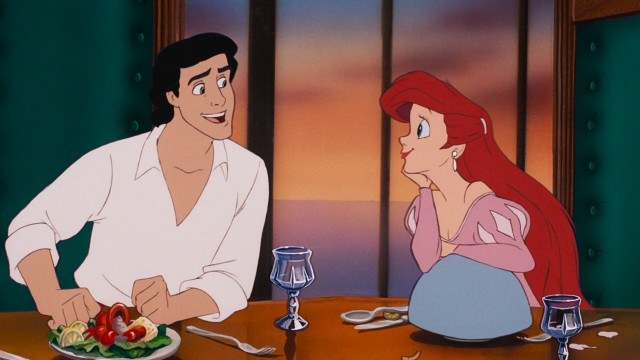 There’s a scene in The Little Mermaid in which Ariel dines with Eric. Sebastian has made his way into the kitchen, where he’s shocked to find crabs being prepared. Sebastian coming face-to-face with what, to him, is essentially the equivalent of a room full of mutilated human bodies is already fairly messed up.

But there’s an even darker layer to this scene that isn’t immediately apparent. The meal in the kitchen, stuffed crab, is what’s being prepared for Ariel and Eric. Apparently, Ariel has no problem with this, despite the fact that she hangs out with a talking crab all the time. When she’s told the dinner is stuffed crab, and then when she sees a dead crab on Eric’s plate — one that looks exactly like her friend — she has no reaction at all.

Thankfully, the scene ends before Ariel and Eric end up eating anything. But it obviously raises the question: Did Ariel end up eating her meal? If so, the idea of a Disney princess eating the same creatures that she sings a song with earlier in the movie adds an unsettling layer to the film.

Next: This villain has an even more violent end than you remember.

4. Scar from The Lion King is a rug in Hercules 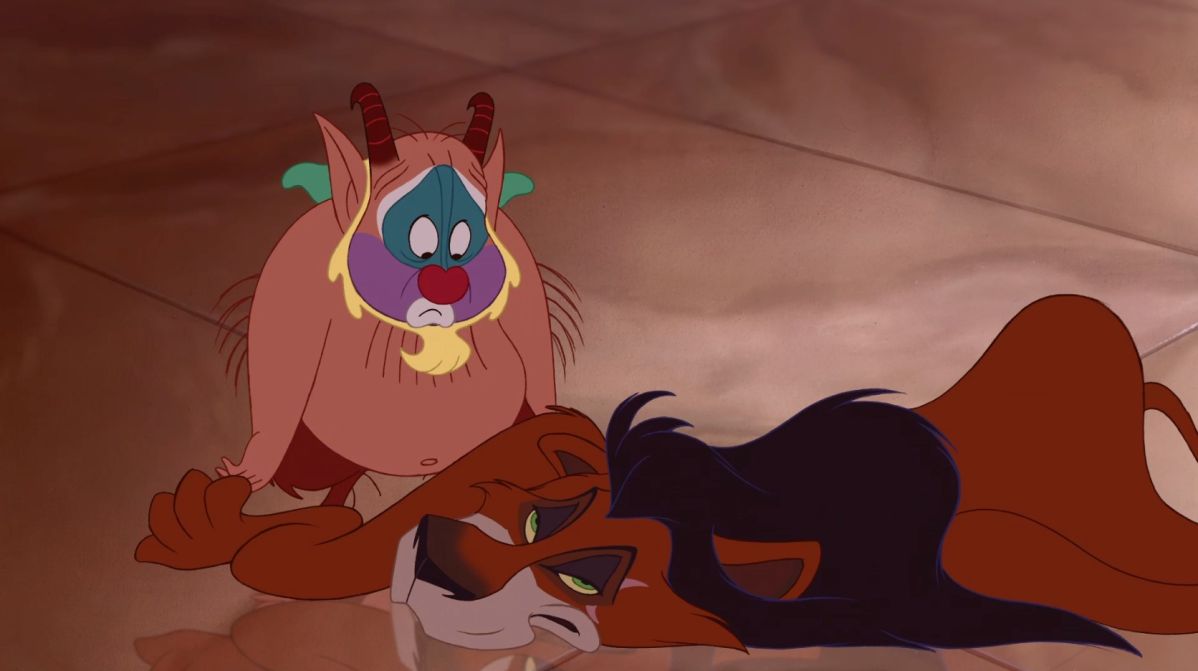 Going back to how Disney kills off their villains, when Scar dies in The Lion King, we don’t actually see it. As the hyenas approach, the camera pans, and all we see is the shadow of the hyenas jumping on him. Clearly, Disney didn’t want to take things too far and actually show kids the dead body of one of the movie’s main characters.

But they totally do in Hercules. There’s a scene in the movie where Hercules tosses a rug to the ground, and it is very clearly Scar from The Lion King.

Even though he’s the villain, seeing a character who was prominent in a previous film as a carpet in a subsequent film is pretty messed up. To be fair, though, Zuzu foreshadows this by saying that Scar would make a “handsome throw rug.” He was right all along.

Next: Toy Story features a tie-in to the least appropriate movie possible.

5. Toy Story features a shout-out to The Shining 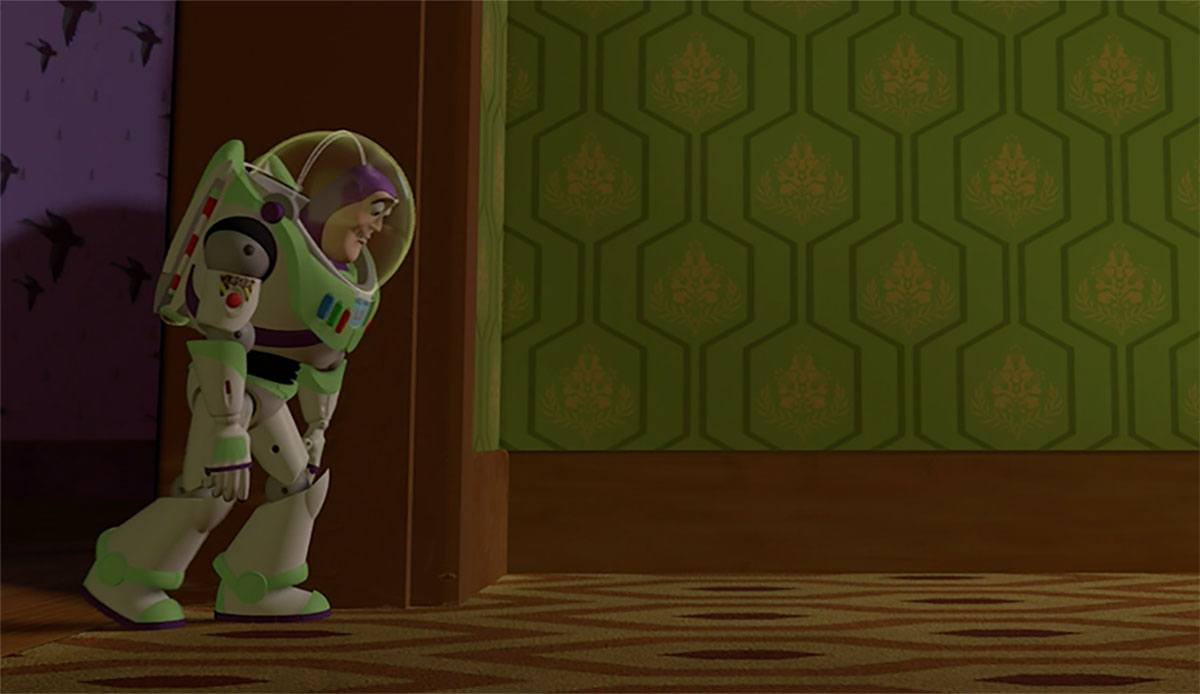 The Shining is definitely among the scariest, most twisted horror movies ever made. It’s all about a guy who takes his family up to a hotel in the mountains, only to go insane and try to murder them with an ax. The movie is full of nightmare fuel, like twin sisters who creepily invite a kid to come play with them as the movie smash cuts to butchered corpses and blood filling the hallway.

So it’s pretty insane that a children’s film like Toy Story features a shout-out to said movie. During the sequence in Sid’s house, his carpet is very clearly the same carpet from The Shining.

This Easter egg is not something you’d ever notice as a kid. But it sticks out upon rewatch and makes Sid’s house an even more screwed up place to be.

Next: This scene from The Hunchback of Notre Dame is even more horrifying if you watch it with headphones on.

6. You can hear people screaming as houses burn in The Hunchback of Notre Dame 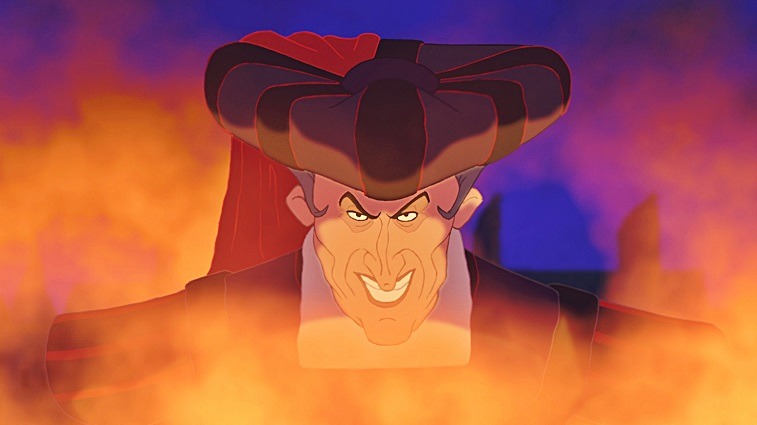 The Hunchback of Notre Dame already has some incredibly disturbing scenes in it just on a surface level. Probably the darkest point is when Frollo is searching for Esmeralda and sets fires to houses around Paris. At one point, a home is set on fire, and you can hear a woman and a child screaming for help before they’re rescued.

But it only gets worse from there. Soon after, Frollo keeps burning more homes, and there’s a wide shot of much of Paris being on fire. The movie then cuts to a closeup of Frollo as he speaks to some of his men. Their dialogue kind of drowns out the background audio. But behind him, we can clearly hear people, including at least one baby, screaming in horror. At least two of the screams are difficult to miss, but crank up the audio and you’ll hear even more.

So yes, this would be a scene in a major Disney movie in which the bad guy terrorizes a city and people can be heard screaming as they presumably burn to death.

Next: A lot of viewers never pick up on the dark implications of this line from Mulan until they’re older.

7. Shan Yu has one of the scouts shot in Mulan 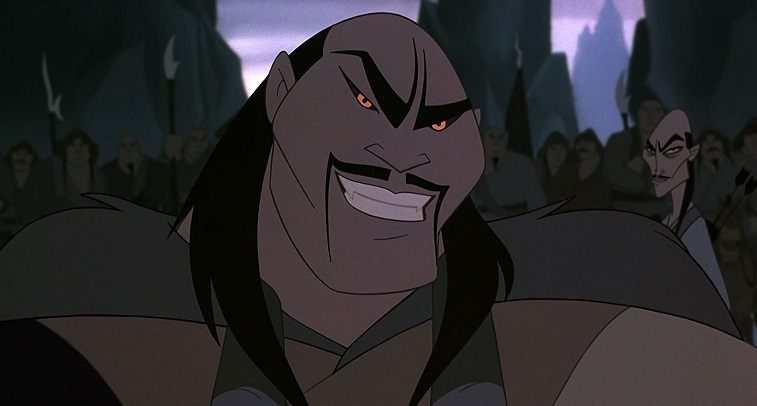 This one is fairly obvious when you watch the movie as an adult, but it’s something a lot of viewers miss as kids.

In Mulan, there’s a scene where the Huns come across two imperial scouts. After threatening them, Shan Yu tells the men to go and deliver the emperor a message. While the two men are running, Shan Yu asks, “How many men does it take to deliver a message?” One of Yu’s men then pulls back a bow and arrow and says, “One.” That’s the end of the scene right there.

The implication is that Yu only lets one of the two men live and has the other killed. But this is typically something that goes over the head of the children watching, leading to a horrifying realization upon revising the movie as an adult that it contains a scene of a brutal execution — which is immediately followed by a comedic scene of Mulan accidentally dropping her sword. That’s Disney for you.