‘Doctor Who’: New Details Revealed About How Jodie Whittaker Landed the Role

Jodie Whittaker as The Doctor | BBC One

During Doctor Who‘s panel at San Diego Comic-Con on Thursday, new details were revealed about how Jodie Whittaker landed the role of the 13th Doctor.

As reported by Variety, new showrunner Chris Chibnall says that he wrote three special scenes for Whittaker to audition with, with these not being from actual episodes. Sometimes, the decision over who to cast for a role is a difficult one, but Chibnall says that this was not the case here.

“She just walked into the room and she was the Doctor,” he said.

Whittaker ended up auditioning two times, with the first being in person and the second being through a video. The actress says she recorded this herself, and it involved her defusing a fake bomb that she made herself.

“I got a shoebox and filled it with iPhone wires and cables and I defused a bomb and I absolutely nailed it,” Whittaker said. Although Chibnall insisted that she didn’t need to go above and beyond by making her own props, Whittaker said, “I really wanted the job!”

Don’t expect to see a copy of that audition tape anytime soon, though; Whittaker says that it was so embarrassing that she deleted it from her phone right after she sent it.

Chibnall had previously revealed a few details about how Whittaker got the job while speaking to Entertainment Weekly. Apparently, Whittaker was casually chatting with Chibnall, who she worked with on Broadchurch, about his new job as the showrunner of Doctor Who, and that’s when he asked her, “Would this be a part you’d consider auditioning for?'” Obviously, she was very much interested.

Additionally, Chibnall revealed in this interview that the scenes he wrote for Whittaker’s audition were specifically intended to test whether she could handle the different emotional sides of The Doctor; the second audition, the one that Whittaker made the fake bomb for, required her to recite a bunch of “sci-fi gobbledygook,” something she would be doing quite often if she landed the job.

Finally, Chibnall told Entertainment Weekly that giving the role to Whittaker was a “no-brainer” and “the easiest decision I made in my whole career.” 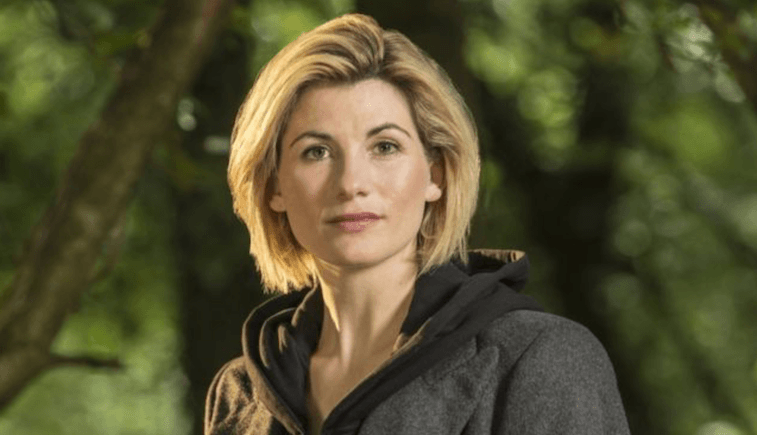 Jodie Whittaker as The Doctor | BBC One

Whittaker made her debut as the 13th Doctor at the very end of the most recent Doctor Who Christmas special. Fans got a closer look at the character at Comic-Con today, with a new trailer premiering and later going online.

It’s obviously significant that Whittaker is the first woman to ever play the show’s ever-changing main character, although the actress herself says that this fact doesn’t really affect things as much as you might think.

She explained at Comic-Con today, “As a woman who is into a genre, and as just a woman, I’ve never approached a role as ‘Well, how would a woman do this?’ I’ve just done it from my perspective. The wonderful thing about playing the Doctor is that I’m playing an alien. So all those roles are irrelevant to the approach.”

The new season of Doctor Who will premiere this fall.