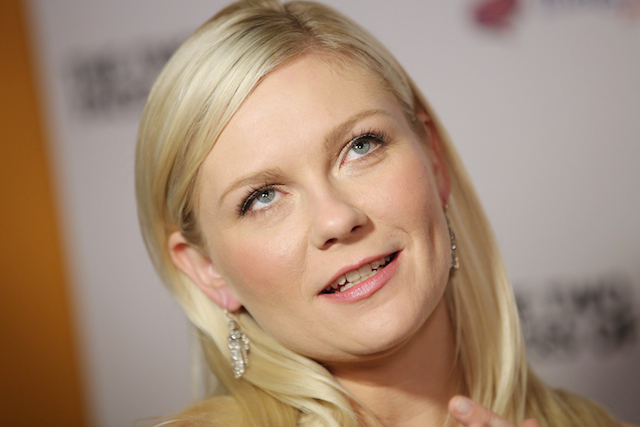 FX’s critically acclaimed anthology series Fargo has announced the details on its second season and with some big stars attached, the TV show based on the Coen brothers cult classic looks poised to have another successful season with a new storyline and characters. Kirsten Dunst has signed on to star alongside Breaking Bad alum Jesse Plemons in the next 10 episodes of the show, Deadline reports.

The second season will once again be set in the extreme northern Midwest, a region with a peculiar culture that the Coens captured so memorably in the movie starring Frances McDormand. Specifically, season two will take place in Sioux Falls, S.D., and Luverne, Minn., in 1979. Police officer Lou Solverson, recently back from fighting in Vietnam, will tackle a different crime than we saw him solve in the first season. Solverson was played by Keith Carradine in that season, but given he will be 30 years younger in season two, a different actor will be used to play him, though that actor has yet to be named.

Dunst will play Peggy Blomquist, a character described as “a small-town beautician with big city dreams” trying to find herself while struggling against the social expectations of women during that time period. Plemons will play her husband, who supports her even though he doesn’t understand her desires.

FX head John Landgraf said of Fargo over the summer that “it would be nice to have a movie star in the second cycle, but I don’t think it’s necessary,” per Deadline. Now the show has found its movie star in Dunst. This will be the actress’ first recurring television role since the ’90s, though she did recently guest star on the last season of IFC’s sketch comedy Portlandia. She was most recently in the indie thriller The Two Faces of January with Viggo Mortenson and Oscar Isaac. Dunst will appear next in the sci-fi drama Midnight Special with Joel Edgerton and Adam Driver.

Aside from a recurring role as Todd on Breaking Bad, Plemons appears on the acclaimed HBO miniseries Olive Kitteridge alongside the star of the original Fargo movie, Frances McDormand. He’s also appeared on the show Friday Night Lights and was in the acclaimed Paul Thomas Anderson movie, The Master. He’ll been seen next acting alongside Johnny Depp and Benedict Cumberbatch in the mob movie, Black Mass.

While Plemons has a solid pedigree, some are questioning the decision to cast Dunst. It’s definitely popular to cast movie stars in anthology series right now, but Dunst hasn’t exactly been acting in quality cinema recently, and fans of the show believe that writer and showrunner Noah Hawley’s writing is strong enough to draw viewers without a flashy casting decision. Dunst has been relatively under the radar in recent years and according to review aggregator Metacritic, she hasn’t made a movie that’s gotten a Metascore over 80 since 2011’s Melancholia. Before that we have to go back to 2004’s Spider-Man 2 to find a higher score. One could always argue that this just might be another Matthew McConaughey-True Detective scenario, but Dunst hasn’t just come off winning an Oscar.

Landgraf said it was important to land an actor like Billy Bob Thornton, who’d already worked with the Coen brothers for the first season in order build the show’s credibility, but given that one of the strongest performances came from unknown Allison Tolman, Fargo has shown it’s not just a vehicle for movie stars, but a strong show on its own.

Meanwhile, the first season of Fargo continues to be honored by critics. The show has received the most Golden Globe nominations of any television series for 2014 after winning three Emmys early this year.