Does ‘House of Cards’ Teaser Hint Claire Is Behind Frank Underwood’s Death? 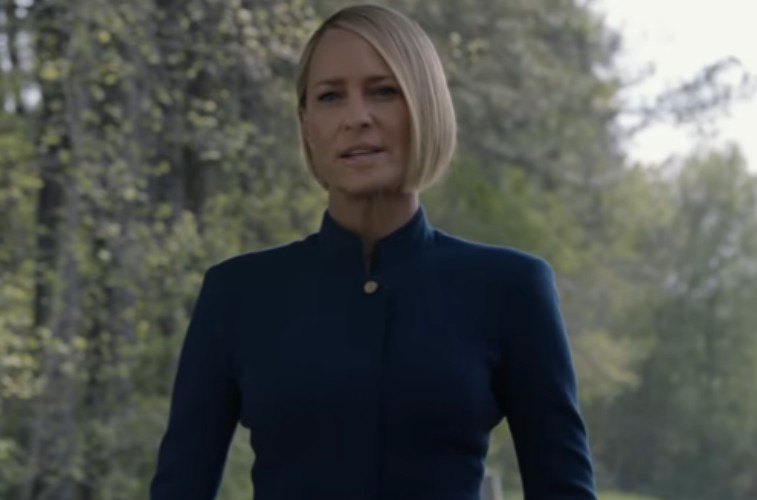 The Netflix show changed course after Anthony Rapp accused Kevin Spacey of making a sexual advance toward him at a party when he was just a teenager. More men later came forward about Spacey being inappropriate so the show announced Spacey wouldn’t be involved in the final season of House of Cards. Now a trailer has been released and we can see Frank Underwood is dead, but Claire’s (Robin Wright) words could hint at something big.

In the teaser, we see Claire talking to her dead husband’s grave. “I’ll tell you this though Francis when they bury me it won’t be in my backyard, and when they pay their respects they’ll have to wait in line.” We then see Francis’ tombstone is right next to his father’s. This is interesting given the last time we saw Frank at his father’s grave he peed on it.

We don’t see how Frank died but given Claire’s words we know she isn’t all that sad about it. Since she killed Tom Yates, we know she is capable of killing Frank. Fans will have to wait for the show to return to know for sure.

Of course, Frank Underwood’s chances have run out but Claire might have more opportunities to make changes before the show’s finale. She definitely has her sights on the Oval Office but what will she do for it? We will find out when House of Cards returns to Netflix on November 2.